Tomb KV2, found in the Valley of the Kings, is the tomb of Ramesses IV, and is located low down in the main valley, between KV7 and KV1. It has been open since antiquity and contains a large amount of graffiti.

The tomb was one of about eleven tombs open to early travelers. KV2 contains the second-highest number of ancient graffiti within it (after KV9), with 656 individual graffitos left by both Ancient Greek and Roman visitors. This tomb also contains around 50 or so examples of Coptic graffiti, mostly sketched onto the right wall by the entranceway, The tomb was likely used as a dwelling by Coptic monks, and there are also depictions of Coptic saints and crosses on the tomb's walls.

Originally intended to be much larger, KV 2 was cut short at 89 meters on the early death of the pharaoh (1147 BCE) and a pillared hall was converted to be the burial chamber. The sarcophagus is in place with a magnificent goddess Nut filling the ceiling above it. 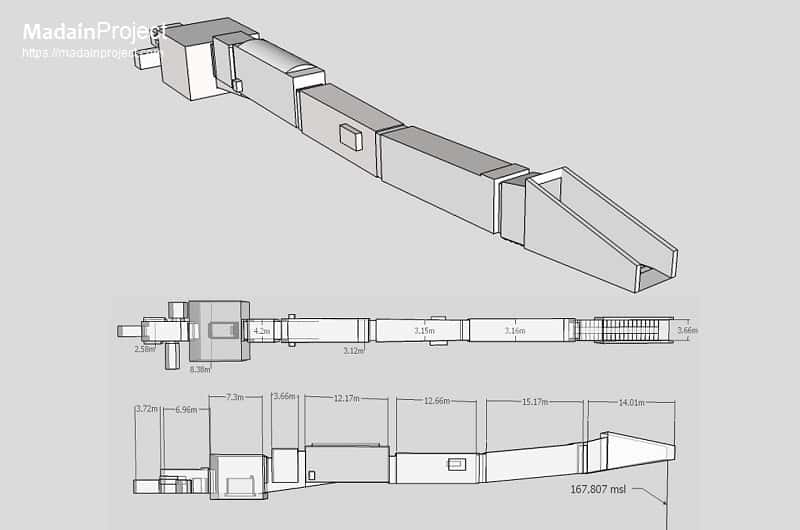 Like other tombs of the 20th Dynasty, KV2 is laid out along a straight axis. The successors of Ramesses III from this dynasty constructed tombs that follow this pattern and most were decorated in a similar manner to one other. The tomb has a maximum length of 88.66 meter and consists of three slowly descending corridors. This is followed by an enlarged chamber, and then the burial chamber. Past the burial chamber lies a narrow corridor, flanked by three side chambers.

The tomb is mostly intact and is decorated with scenes from the Litany of Ra, Book of Caverns, Book of the Dead, Book of Amduat and the Book of the Heavens.