The Masjid al-Sayf (مسجد السیف) is located within the Qal'a (Citadel) of Jerusalem, which is situated along the middle of the western wall of the Old City, south of Bab al-Khalil (Jaffa Gate). The mosque is in the southern part of the Citadel's eastern barbican. It is most likely one of atleast two mosques inside the Jerusalem Citadel, other being the Masjid al-Qal'a.

The mosque was probably built in 938 H/1531-32 CE. Sultan Suleyman I ordered a major restoration of the Citadel, including this mosque, in the early Ottoman period, as the mihrab bears the name of Sulayman al-Qanuni (The Lawgiver). The mosque functioned as an open-air area for prayers. It served the garrisons in the Citadel, thus enabling soldiers to perform the prayers without leaving the Citadel. A concave pointed-arched mihrab niche facing south is built in the center of the southern wall and is flanked on either side by a stone battlement. The mosque has no distinctive external facades.

Since the second half of the 16th century the mosque underwent some aletrations. In 1151H/ 1738 CE, it was restored by 'Ali Agha, the chief of the Janissaires in the Citadel. During the 1370's/1950's, rounded concrete toppings (inspect) were added above the wall of the mosque's mihrab and the barbican's battlements flanking it from the east and west.

The entrance of this mosque gives access to a narrow passage that leads to an almost rectangular open site that is divided into two sections. The first one lies to the east of the passageway with a modern fountain in its center. The second is the Summer Mosque itself, which has an almost rectangular floor that is apved with old flagstones.

The ditch of the Citadel, along with the battlements placed above its glacis, border this mosque from east, west, and south. A wall separating the mosque from the barbican to the north, borders it from the north.

Between the years 1400/1980 and 1407/1986, the mosque underwent some repairs which included replacing the old fountain by a new one. Finally, in 1414/1993, part of the open space underwent alterations with the aim of converting it into a small garden. 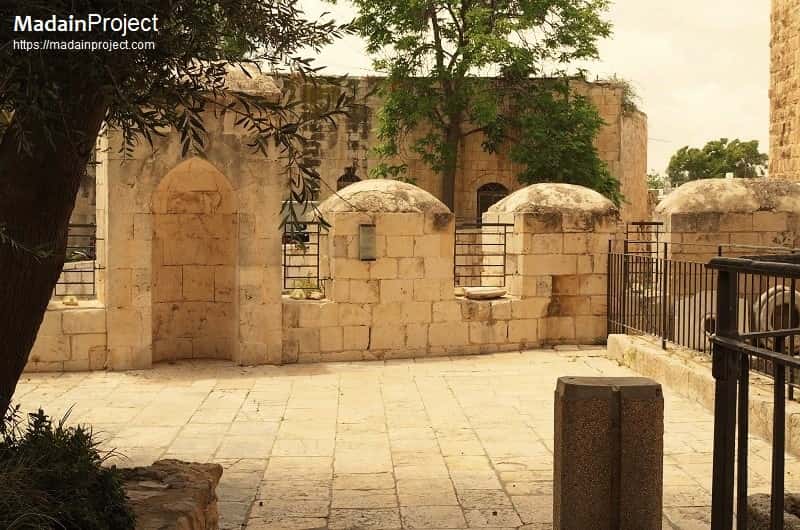