The cemetery of Jannat ul-Baqi before 1926 demolitions. The large structure to the extreme right is the Mausoleum of ahl ul-Bayt, the first smaller structure from right to left was of Daughters of the prophet and the square structure at the bottom of the picture was an old mosque.

The group of the multiple smaller structures belonged to the prophet Muhammad's wives, Ibrahim ibn Muhammad, Abdullah bin jaffar thayaar, Imam Nafi’i and a few others. 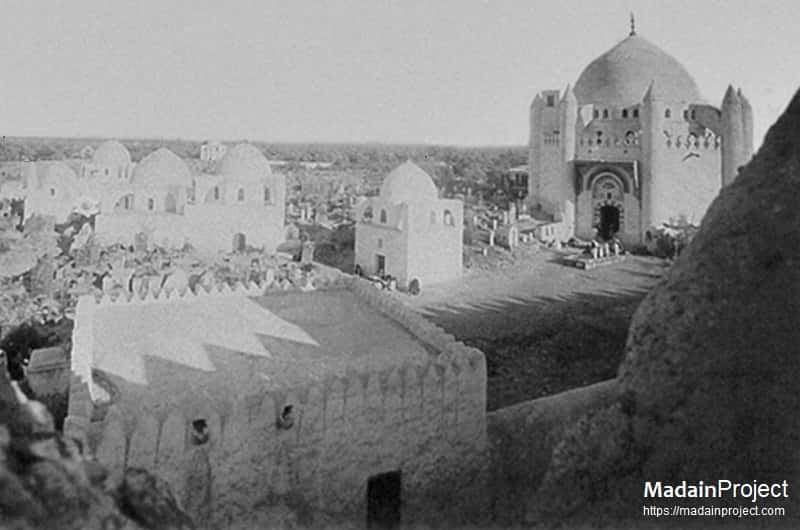 Mausoleum of ahl al-Bait
The Tomb of 'Abbas also known as the Mausoleum of ahl al-Bait before 1926 demolition. It's last known mojor renovation was done during the reign of Suleiman in 1543 CE. Umar Ibn Jubair describes Al-Baqi as he saw it during his travel to Madina, saying “Al-Baqi is situated to the east of Madina. The grave of Hasan bin Ali (a), situated near the gate to it's right hand, has an elevated dome over it. His head lies at the feet of Abbas bin Abdul Muttalib, and both graves are raised high above the ground, their walls are paneled with yellow plates and studded with beautiful star-shaped nails. 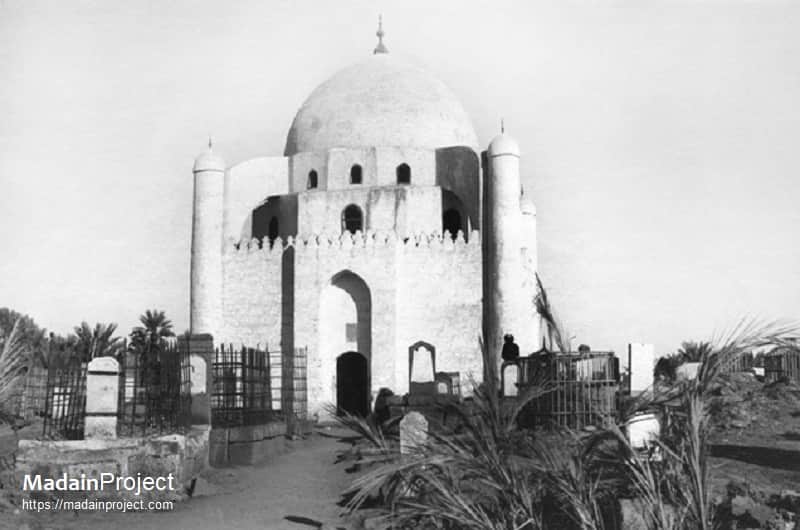 Mausoleum of Uthman ibn Affan
The Mausoleum of Uthman ibn Affan in Baqi ul-Gharqad before 1926 demolition. It was a large white washed and painted dome. It was first destroyed circa 1810, and it was rebuilt after the Ottomans took control around 1850. The rebuilt tomb was destroyed in the 1925/26 demolitions for the second and final time, since then the grace has only a mark-less headstone and a stone boundry. 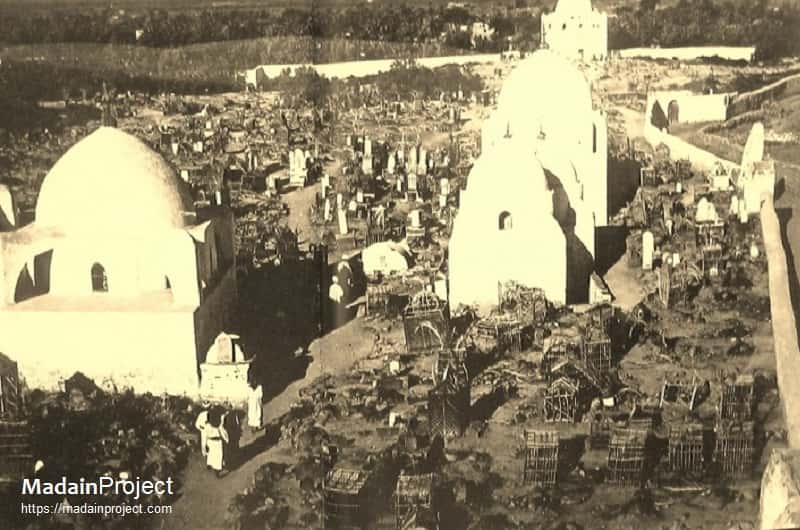