Seat of Judgement is a two-stepped platform inside the interior courtyard of the Gate of Judgement at Tel Dan dating back to circa 900 BCE, where a king, judge might have sat in judgement or a recorder of the affairs. This raised platform may have been the sitting place of the King or Judge as mentioned in 2 kings 23:8: "Then the king arose, and sat in the gate...".

Also the city elders held sway in the gatehouse, according to several Bible passages (Genesis 23:17-19, Deuteronomy 20:19, Ruth 4:1-2). They probably sat on the stone bench next to the throne platform, with their backs resting against the wall. The elders listened to pleas that were brought to their attention (Amos 5:15, Zachary 8:16). In this pre-email era the gate was also the place to indulge in gossip (Psalms 69:13) and news about the big world outside. 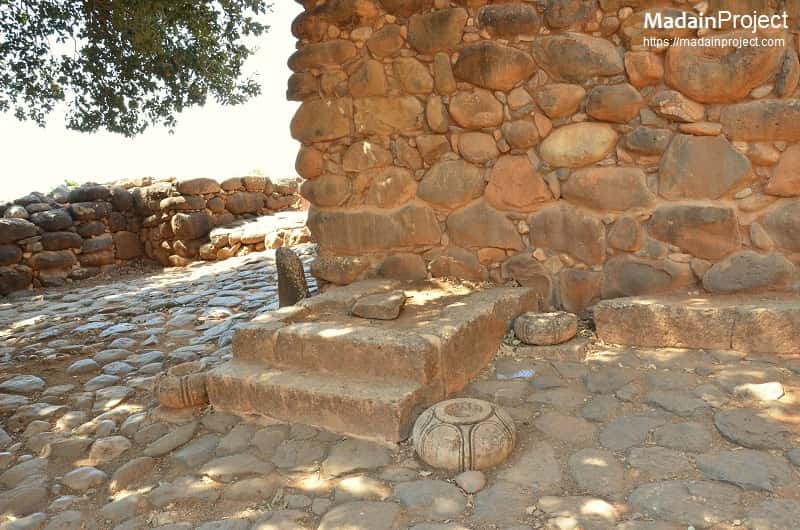 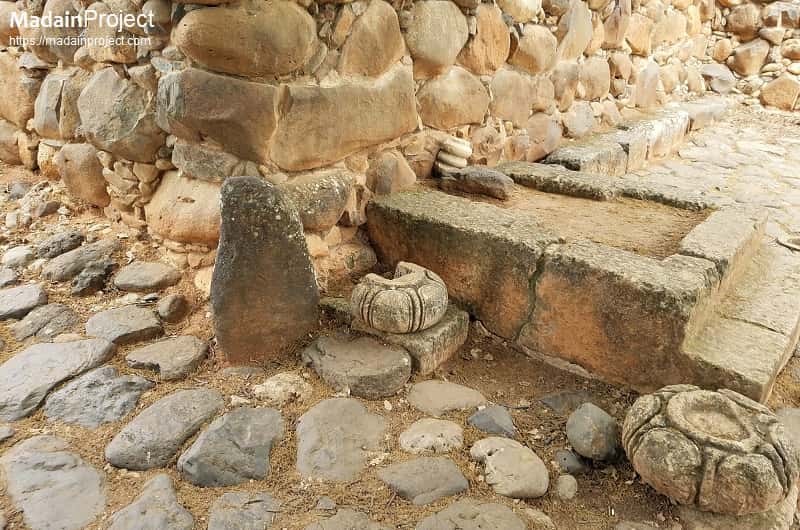 The judgement seat or the throne (4), an elder of the city or a recorder might have sat in this to oversee the affairs in this social/market area. While it is also possible that the platform had a cultic function – alongside it is an unadorned “standing stone,” often understood as an abstract representation of a deity – scholars are inclined to see it as the base of the king’s seat in the city gate. Here he might sit in judgment, or simply to demonstrate his majesty. 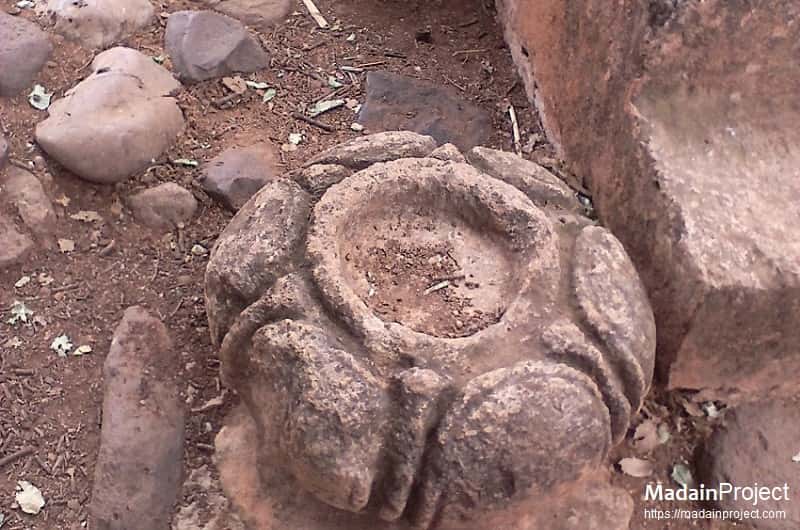 Close-up of the decorated round stones that may have held the bases of the poles that held the canopy over the platform. These stones were missing from their original place where they are now placed. 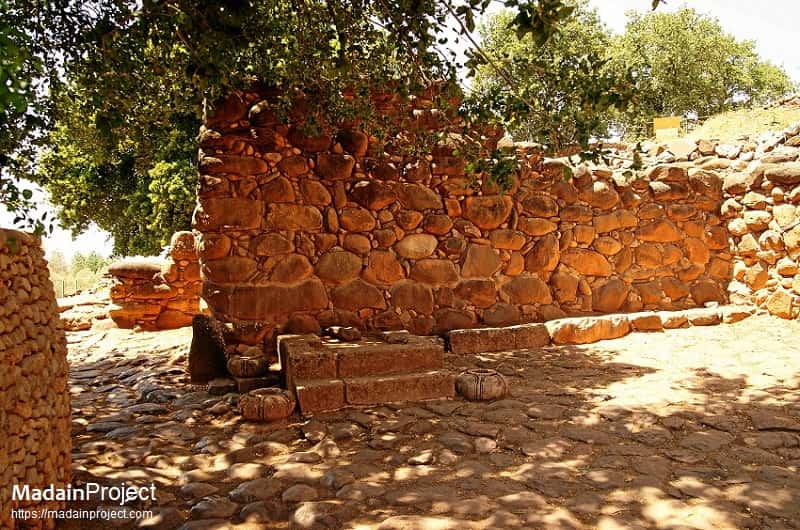 A panoramic shot of the inner courtyard/plaza of the Iron age gate with the access to the inner gate to the left, seat of the king in the middle with the reconstructed wall in the background and stone bench to the right along the wall. The two stepped structure has four deocrated stones with sockets which might have held a canopy. This seat is at the eastern end of a stone bench.

In the northwest of the courtyard archeologists found a platform; maybe this was used to put a throne or alternatively a statue. At its corners were beautifully carved stone bases in the shape of petals that supported the pillars of a canopy; the style of these bases comes from Syrian examples. The poles were held in the socket stones (pictured below) decorated with floral patterns.

The Throne or the platform of the recorder in the lower left in early 1980s before the site was properly excavated and reconstructed. Notice the collapsed wall in the background, it was reconstructed in the 2000s.