The Tel Dan Stele, also known as the House of David stele, is a broken stele (inscribed stone) discovered in 1993–94 during excavations at Tel Dan in northern Israel/Palestine region. It consists of several fragments making up part of a triumphal inscription in Aramaic, left most probably by Hazael of Aram-Damascus, an important regional figure in the late 9th century BCE.

Highlighted in white - the sequence BYTDWD. Hazael (or more accurately, the unnamed king) boasts of his victories over the king of Israel and his ally the king of the "House of David" (bytdwd). It is considered the earliest widely accepted reference to the name David as the founder of a Judahite polity outside of the Hebrew Bible. Archeologists and epigraphers put the earliest possible date at about 870 BCE, whilst the latest possible date is "less clear", although according to Lawrence J. Mykytiuk it could "hardly have been much later than 750". 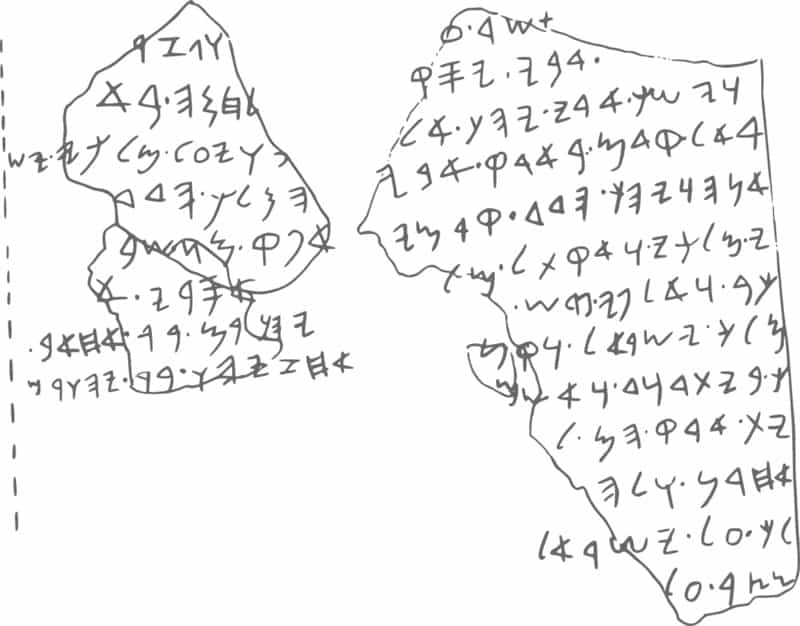 The author of the inscription mentions conflict with the kings of Israel and the 'House of David'. The names of the two enemy kings are only partially legible. Biran and Naveh reconstructed them as Joram, son of Ahab, King of Israel, and Ahaziah, son of Joram of the House of David. In the reconstructed text, the author tells how Israel had invaded his country in his father's day, and how the god Hadad then made him king and marched with him against Israel. The author then reports that he defeated seventy kings with thousands of chariots and horses. In the very last line there is a suggestion of a siege, possibly of Samaria, the capital of the kings of Israel. This reading is, however, disputed.