Dan, now Tel al-Qazi (تل القاضي), is a city mentioned in the Hebrew Bible, described as the northernmost city of the Kingdom of Israel, and belonging to the tribe of Dan. The Hebrew Bible states that prior to its conquest by the tribe of Dan the site was known as Laish with variant spellings within the Books of Joshua, Judges and Isaiah. In Joshua 19:47 it is called Leshem, which means "jewel". Isaiah 10:30 has the alternative name Laishah in a number of translations. Tel Dan is a modern Israeli name for the site.

The Hebrew Bible states that prior to its conquest by the tribe of Dan the site was known as Laish with variant spellings within the Books of Joshua, Judges and Isaiah. In Joshua 19:47 it is called Leshem, which means "jewel". Isaiah 10:30 has the alternative name Laishah in a number of translations. Tel Dan is a modern Israeli name for the site. The lush vegetation that results makes the area around Dan seem somewhat out of place in the otherwise arid region around it.

The mound of the biblical city of Dan is located at the foot of Mount Hermon in the northeast of the country. The fertility of the area around Dan is mentioned in the Bible: For we have seen the Land, and behold, it is very good (Judges 18:9). The natural advantages and its location on the main trade route from the Galilee to Damascus made Dan the most important city of the northern part of the Kingdom of Israel. 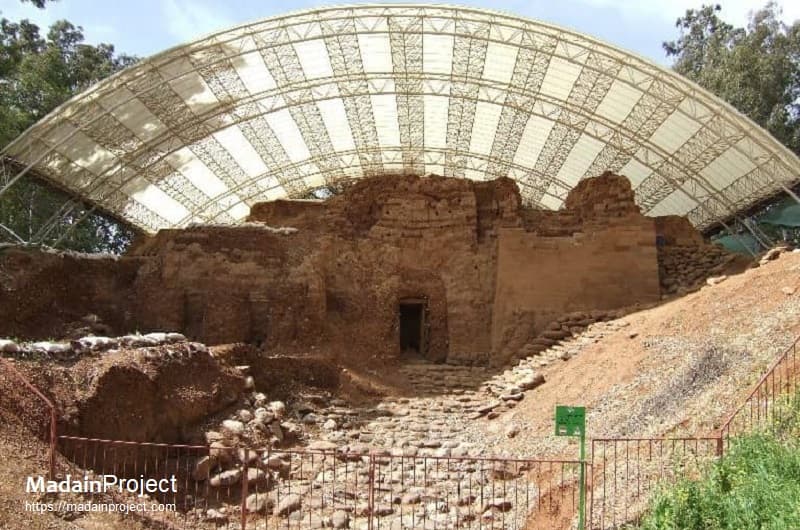 Israelite Gate
Gate of Judgement, the iron age 4-chambered Israelite gate. It is accessed via an open area in front of it. During Israelite times the gatehouse was the center of life. II Samuel 19:9 speaks of the gate as a place where the king sat: “Then the king arose, and sat in the gate and they told all the people, saying behold, the king doth sit in the gate. And all the people came before the king”. Dan is mentioned in the Bible, in the books of Genesis, Judges and Kings, always giving the impression that it was a great and powerful city.

Sacred Precinct
Sacred Precinct. The Bible described the acts of Jeroboam son of Nebat, erecting a golden calf and building an altar in Dan. The purpose of the ritual place was to serve as an alternative worship site for Jerusalem, after dividing the Kingdom. The existence of a cultic center at Dan is attested to in the biblical text: ...and the children of Dan set up for themselves the graven image. (Judges 18:30) The High Place exposed at Dan was established by Jeroboam I, king of Israel at the end of the 10th century BCE, after the division of the kingdom.

Fortification Walls
Wall along the south-eastern flank built of un-hewn basalt stones. The Bible describes the conquest of Laish (or Leshem) by the tribe of Dan. Originally fortified with walls and gates by the early Canaanites in about 1800 BCE, Dan was conquered by the Israelites around 1150 BCE (Judges 18). Israel reinforced the city by adding additional walls and ramparts. The Israelites rebuilt the city on top of the Canaanite city, and added new basalt walls along the earlier walls.

Tel Dan Spring
Dan Spring, one of the sources of the Dan River. This fertile station on the ancient caravan route from Egypt to Syria is fed by one of the tributaries of the Jordan, the Dan Spring which flows down from Mount Hermon. The spring pours out 250 million cubic meters per year. 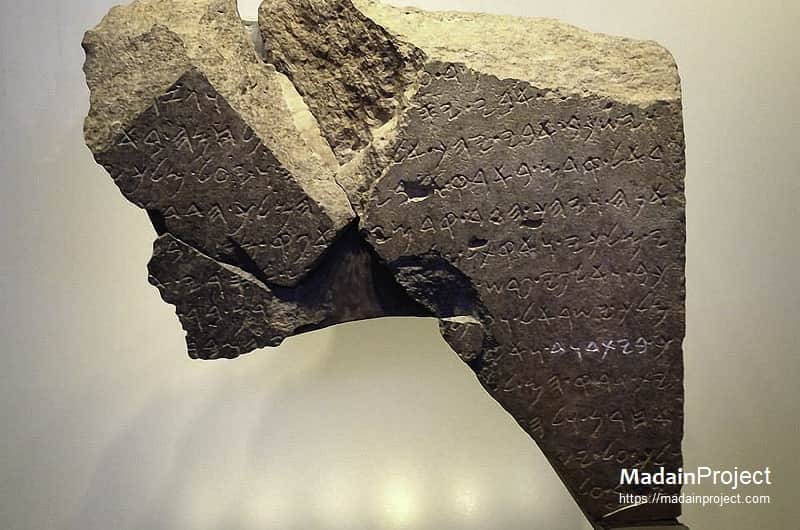