This page attempts to list all the known Zawiyat (زاويات) or the Zawaya (زَوايا) in the old city of Jerusalem. The term zāwiyah is Maghrebi and West African, roughly corresponding to the Eastern term madrasa. A zawiya often contains a pool, and sometimes a fountain, and sometimes a small mosque which does not contain a minbar is also called a zawiya. 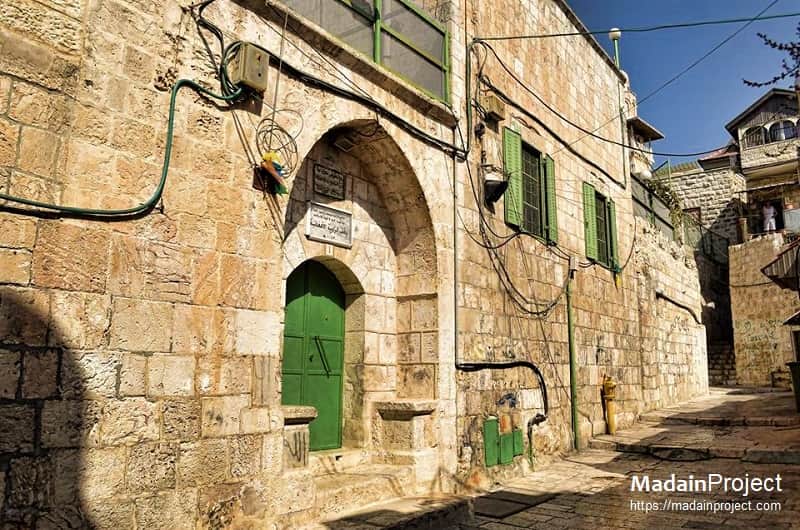 Zawiyya al-Afghani
The façade of al-Zawiya al-Afghaniyya, the building that houses a Sufi order in the Old City of Jerusalem, is plain. One enters through the zawiya’s pointed arch portal which is three steps above street level and flanked by stone benches on both sides. Above the entrance is an inscription showing the zawiya’s name, order, founder, and the date in which it was built. The complex was rebuilt in the 17th century and served as a hostel for Muslim pilgrims from Afghanistan.

Zawiyya al-Hunud
The Zawiyat al-Hunud or the Zawiyat al-Hindiyya is an Indian Sufi Khanqah where as the legend has it that around the year 1200, Sufi saint Baba Farid from India came to the Holy City of Jerusalem and meditated in a stone lodge for 40 days. Ever since, Indian Muslim pilgrims on their way to or from Mecca were attracted to the site and eventually it became the Indian Hospice. The Zawiyah has been extensively documented. The medieval traveler Evliya Chelebi identified it as one of the largest Zawiyah in the city in 1671.