British researchers started excavating the Western Wall in the mid 19th century. Charles Wilson began the excavations in 1864 and was followed by Charles Warren in 1867–70. The tunnel exposes 300 m of the wall's total 445 m, revealing the construction methods and the various activities in the vicinity of the Temple Mount. The Western Wall Tunnel dates back 2,000 years, revealing the remnants of the massive retaining walls Herod built to support his expansion of the Second Temple. 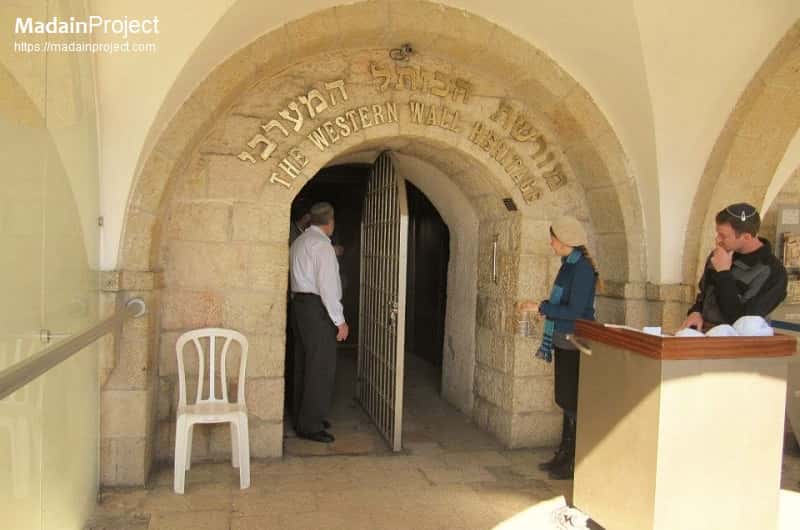 Wilson discovered an arch now named for him, "Wilson's Arch" which was 12.8 metres (42 ft) wide and is above present-day ground level. It is believed that the arch supported a bridge which connected the Temple Mount to the city during the Second Temple Period. Warren dug shafts through Wilson’s Arch which are still visible today. 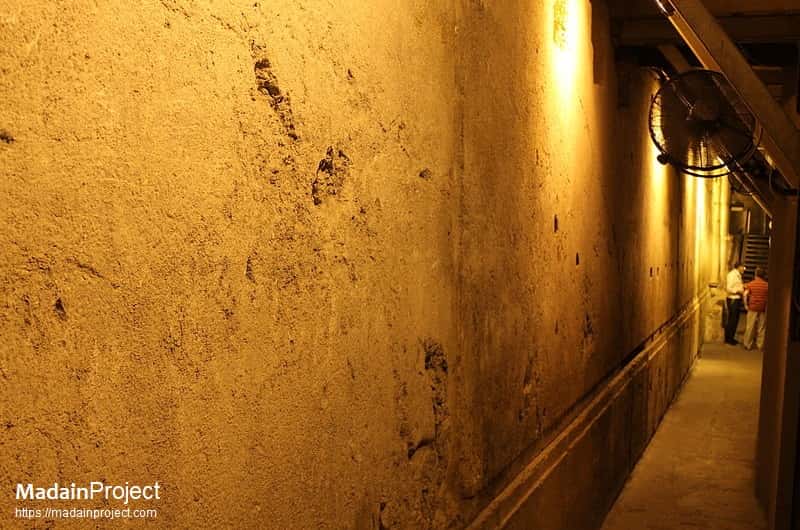 The Western Stone is a monolithic stone ashlar block forming part of the lower level of the Western Wall in Jerusalem. The Western Stone, biggest herodian ashlar stone of the wall is located north of Wilson's Arch. With an estimated weight of 517 tonnes (570 short tons), it is one of the largest building blocks in the world. To the south is the small Holy of Hollies room. The stone, located in the wall section north of Wilson's Arch, is 13.6 meters (44.6 feet) long and 3 metres (9.8 feet) high and has an estimated width of 3.3 meters (10.8 feet). 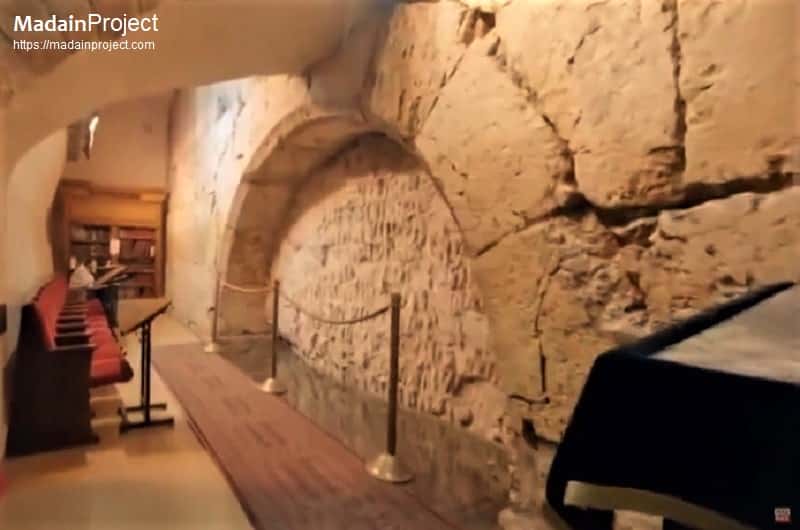 The "Warren's Gate" lies about 150 feet (46 m) into the tunnel. This sealed-off entrance was for hundreds of years a small synagogue called "The Cave", where the early Muslims allowed the Jews to pray in close proximity to the ruins of the Temple. Since today it is the closest point a Jew can pray near to the Holy of Holies, assuming it was located at the traditional site under the Dome of the Rock.

The Memluk Hall from fourteenth century, turned in to a Jewish Education Center. 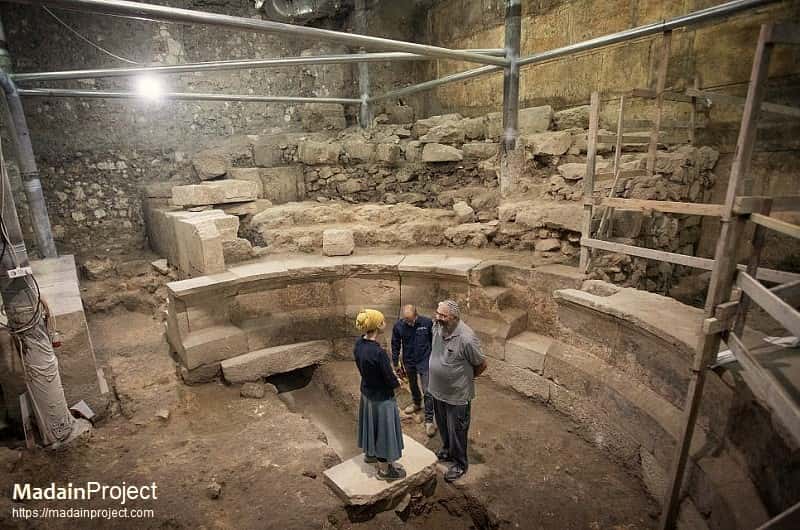 Roman Theatre, eight meters below the Wilson's Arch, the structure may have served as an odeon or a bouleuterion (a city council), or even perhaps both. It is a small stage with seating for about 200 individuals, complete with an orchestral section. Never finished, it was probably built during the Bar Kokhba Revolt (c. 130-5 CE).

The Hall of Ages, it is about 7 meters in length and 4 to 5 in width, and is more than three thousand years old. It is a hidden room discovered circa 2010 CE, which contains archaeological discoveries from several civilizations. Each beam represents a span of about 500 years. This hall is a classical example of how subsequent civilizations in Jerusalem built their cities on vaulted arches, keeping the Western Wall intact.

Dubbed as "Sanhadrin Mikveh" due to its construct and proximity to the first century administrative center of the city, this was one of the largest mikvah ever discovered. It has 11 steps and was used by the multitude of Jews entering the Temple Mount near Wilson’s Arch or Warren’s Gate. Even more amazingly, that mikveh was built on top of another, smaller ritual bath, this one dating back to 2,200 BCE Both baths were filled by natural spring water carried in from Bethlehem via aqueduct.

The retaining walls remained standing, along with the platform itself, after the Temple was destroyed by the Romans in 70 CE. Since then much of the area next to the walls became covered and built upon. Part of the Western Wall remained exposed after the destruction of the Temple. Since it was the closest area to the Temple’s Holy of Holies that remained accessible, it became a place of Jewish prayer for millennia.

A relatively big cross shaped hall close to the Roman theatre recently converted in to a Synagogue. 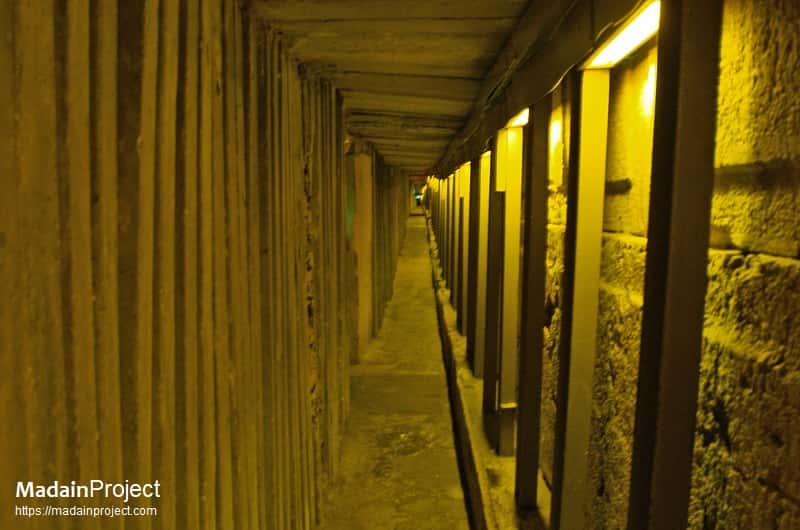 Only some 400 feet of the Western Wall are exposed above ground. The other 1,591 feet of the Wall run underground, underneath Jerusalem's Muslim Quarter. The concrete pillars support the residential streets above the tunnel.