Route of Second Migration to Abyssinia

The route details about how Muslims traveled from Mecca to the ancient Abyssinian capital of Aksum are very scant in the historical sources. There's a brief mention of the route taken by the Muslims during the First Migration to Habshah (Abyssinia), so we can speculate that the details for the Second Migration were most probably same. 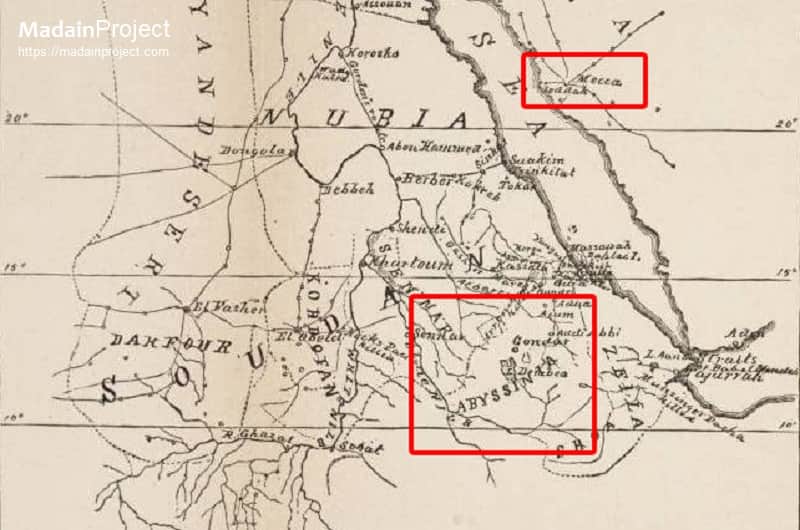 There's a brief mention in Ibn Sa'ad's Tabqat al-Kubra of how the Muslims traveled to ancint Aksum, according to the tradition the group left Mecca and headed towards the Shuaiba port, where they boarded a ship to cross the Red Sea. They reached at the Adulis port of Eritrea from there they traveled to Axum, capital of of Najashi Ashama ibn-Abjar. The only difference was the return route, Muslims returned to Medina rather than Mecca.