Route of First Migration to Abyssinia

Not much is known of the route taken by Muslims during their course of migration but the most likely route of the First Migration to Habshah (Abyssinia). Ibn Sa'ad, in his Kitab Tabqaat al-Kubra, briefly mentions the route taken by the Muslim migrants. 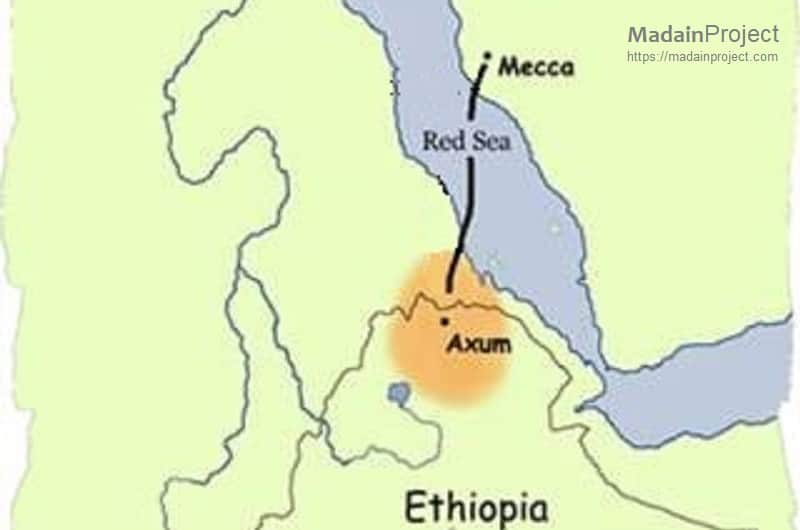 Ibn Sa'ad says on the authority of Harith ibn al-Fudail that the group boarded one of the two merchant ships from Shuaiba (Yaqut says it was the place where ships (marfa') used to beach for Mecca in the days before Jidda became its port), and paid half Dinar (دينار) each for faring them across the sea.