Accrding to Islamic tradition Nimrud threw prophet Ibrahim (biblical Abraham) in fire at this location. According to the local legend, when Nimrod flung Abraham into the fire, the fire became water and the firewood became the fish, which persist to this day. 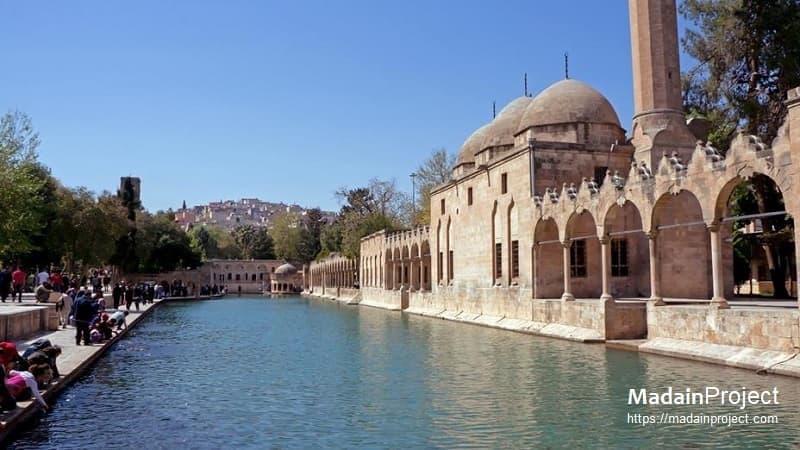 The legendary Pool of Sacred Fish (Balıklıgöl) where Abraham was thrown into the fire by Nimrod. The pool is in the courtyard of the mosque of Halil-ur-Rahman, built by the Ayyubids in 1211 and now surrounded by the attractive Gölbaşı-gardens designed by architect Merih Karaaslan. The courtyard is where the fishes thrive. A local legend says seeing a white fish will open the door to the heavens. 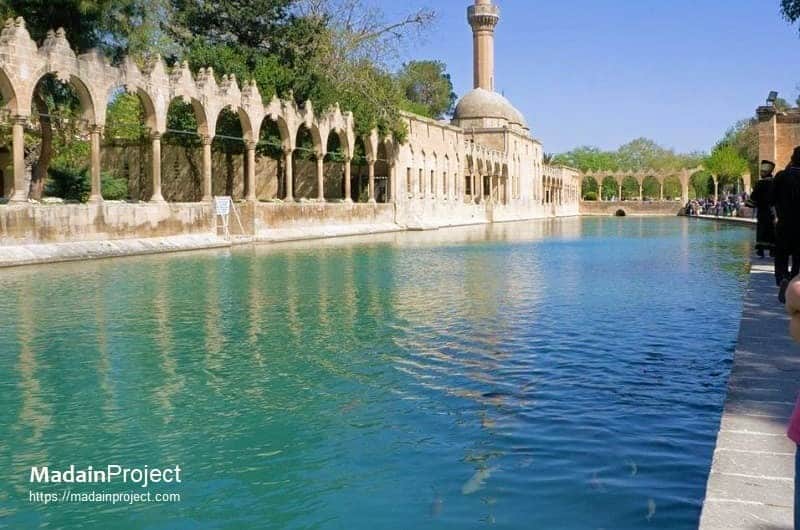 Abraham's Pool with Ottoman Rizvaniye Mosque in the background to the left. According to tradition, Nimrod had Abraham immolated on a funeral pyre, but God turned the fire into water and the burning coals into fish. The pool of sacred fish remains to this day. 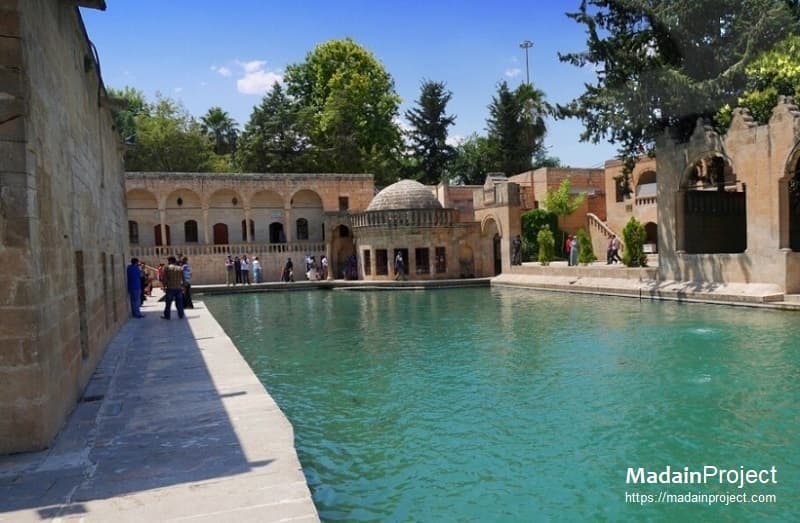 Abraham's Pool and source spring in the background (domed structure). Connections of site to Abraham, one of the most important prophets of the Abrahamic religions, in the Book of Genesis, Nimrod is described as the king of the Mesopotamian kingdom of Shinar. He is the son of Kush and great-grandson of Noah. 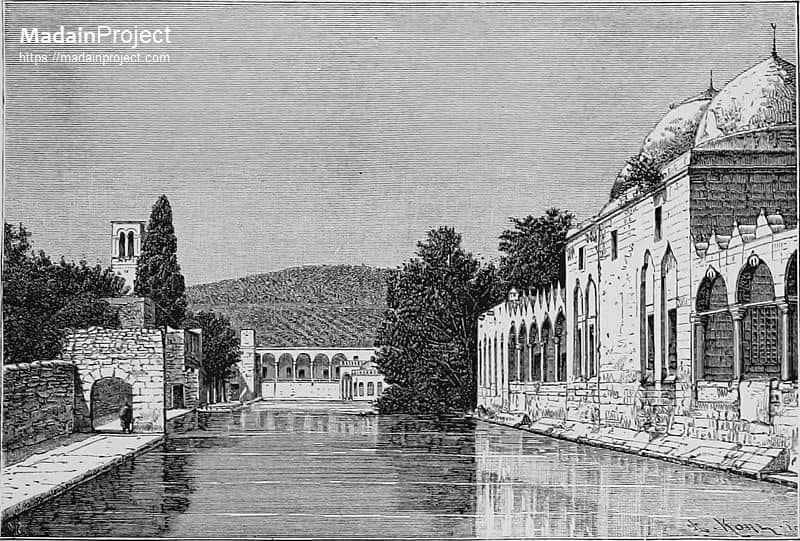 Old drawing of Abraham's Fountain. The fish are purported to have unusual origins. Originally a Jewish legend which was adopted by the Islamic tradition, it is believed that at this site King Nimrod built a pyre to kill Abraham for calling for an end to idol worship. Just as Abraham was flung from the nearby castle into the raging fire, Nimrod’s efforts were thwarted when God transformed the flames into water and wood into fish, sparing Abraham and leaving only a freshwater spring where the inferno once stood.