This page attempts to enlist all the notable and known tombs in Mamilla Cemetery, a historic Muslim cemetery located just to the west of the walls of the Old City of Jerusalem, Israel/Palestine.

Maqam Aidughdi Kubaki
Built for the governor of Safed in the Mamluk Sultanate (13th Century CE), Maqam Aidughdi Kubaki is the largest and most opulent in the cemetery. He was said to have originally been a Syrian slave who rose to prominence to become governor of Safed and Aleppo during the Mamluke sultanate. The structure known as al-Kebekiyeh (or Zawiya Kubakiyya), a one-room square-shaped building covered with a dome and incorporating architectural materials from the Crusader era was built during this period.

Maqam Sheikh el-Dajani
Recently renovated Maqam-i Sheikh el-Dajani, some of the building material can be seen in the lower left corner as well. Sheikh Ahmad el-Dajani (1459–1561 CE) was the head of the Sufis in Jerusalem and a recognized religious leader. Sultan Suleiman the Magnificent appointed him the keeper of the David's tomb on the Mount Zion. Sheikh Ahmad's occupation was to lead a diverse Hajj Caravan from Fez in Morocco and Jerusalem in Palestine to Mecca and Medina in Saudi Arabia and back.

Burial of al-Wasiti
Furthermore, written sources testify that al-Wasiti, a leader from the Salah A-Din era, was buried in Mamilla though evidence of the grave has yet to be found. 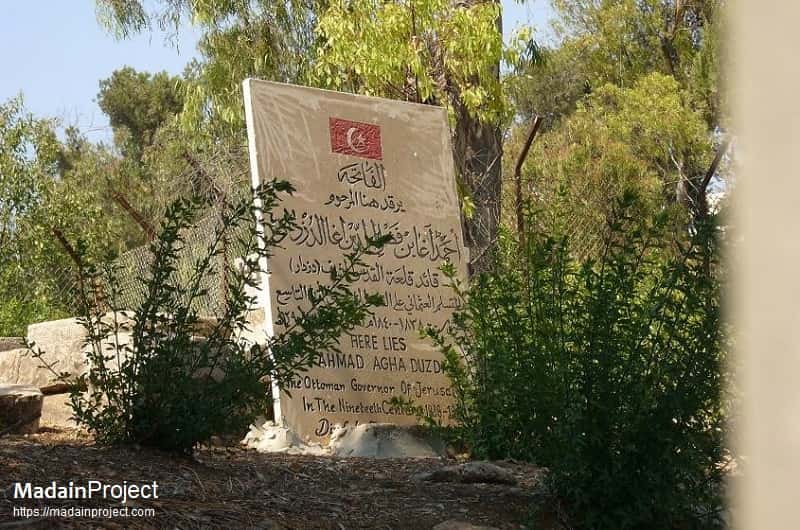