The Mamilla Cemetery is a historic Muslim cemetery located just to the west of the walls of the Old City of Jerusalem. The cemetery, at the center of which lies the Mamilla Pool, contains the remains of figures from the early Islamic period, several Sufi shrines and Mamluk-era tombs. Its identity as an Islamic cemetery is noted by Arab and Persian writers as early as the 11th century.

Mamilla is mentioned as an Islamic cemetery as early as the 11th century in Concerning the (religious) status of Jerusalem, a treatise penned by Abu Bakr b. Muhammad b. Ahmad b. Muhammad al-Wasiti, the preacher of Al Aqsa Mosque in 1019–1020 CE (410 Hj.).

The name Mamilla is used to refer to the cemetery and the Mamilla Pool located at its center. It was also the name of a church dedicated to St Mamilla located at the same site in the early Byzantine and Islamic periods. 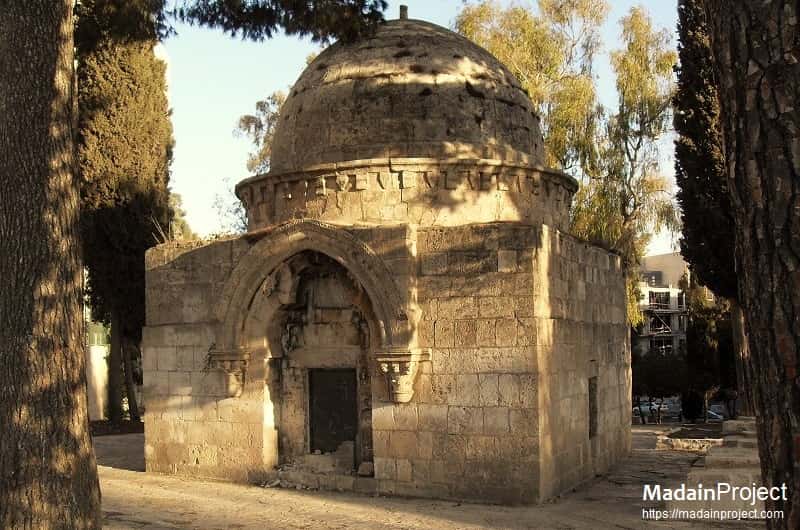 There is a large number of notable tombs in Mamilla cemetery, dating back to the several eras of Islamic History in Palestine. Islamic rule over Jerusalem began in 638 under the Rashidun Caliphate and persisted for some 1,400 years, interrupted only by the Crusader invasions of 1099–1187 and 1229–1244. Throughout much of this period, Mamilla cemetery was the largest Islamic cemetery in the city, containing the remains of emirs, muftis, Arab and Sufi mystics, soldiers of Saladin and numerous Jerusalem notables.

The Mamilla Pool is located in the center of the cemetery, the supposed Upper Gihon mentioned in Bible. It is located outside the walls of the Old City about 650 metres (710 yd) northwest of Jaffa Gate in the centre of the Mamilla Cemetery. With a capacity of 30,000 cubic metres, it is connected by an underground channel to Hezekiah's Pool in the Christian Quarter of the Old City. It was thought as possible that it has received water via the so-called Upper or High-Level Aqueduct from Solomon's Pools.