The King Fahad Gate, known in Arabic as the Bab al-Malik Fahad (باب الملك فهد), or the Bab Malik; literally meaning the King's Gate is located on the northern side of the main building and is the main entrance to the Prophet's Mosque. It was installed during the second Saudi expansion of Masjid an-Nabawi by Fahad bin 'Abdulaziz. 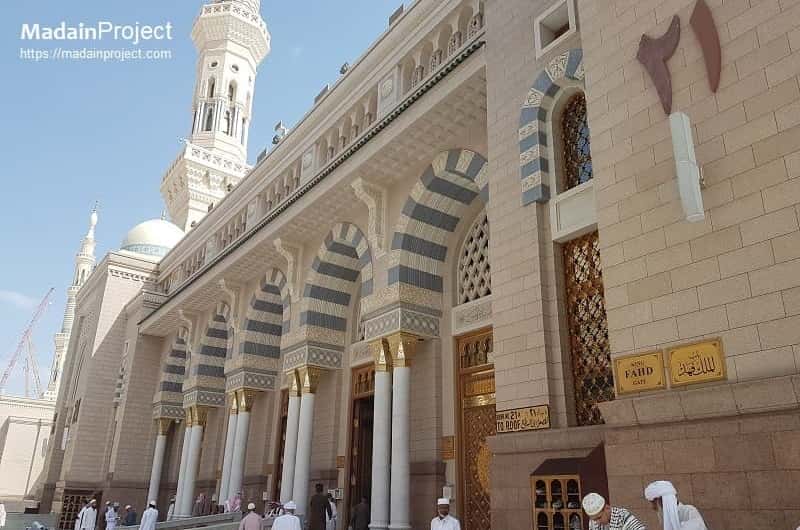 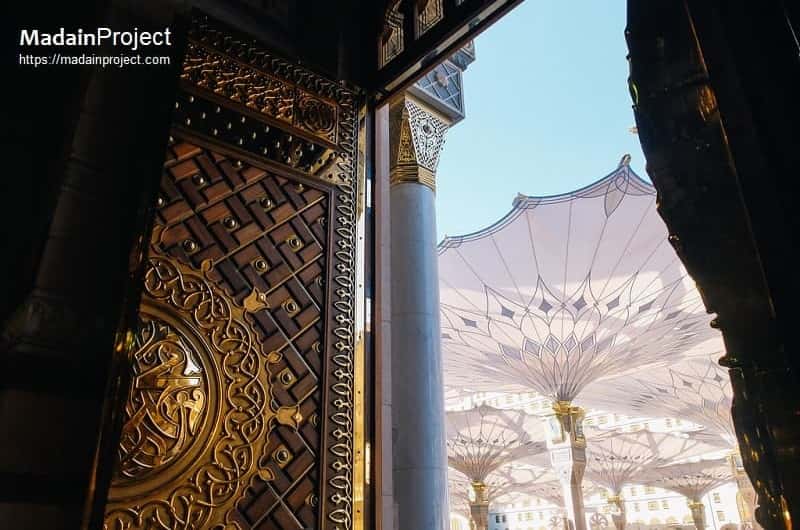 Wooden Panels
Looking out of the Bab malik al-Fahad, the gold-plated wooden panel of the gate and column capital. These gold-plated parts were plated with 23 karat gold and polished with hand. The wooden panels of the doors are made of teakwood and carved with hand in Jeddah factory by expert craftsmen. Every such panel is composed of 1,600 hand crafted segments of teakwood and were assembled with solid brass fixtures. Each door panel weighs about 2.5 tons.

Domes
Out of all the gates of Masjid al-Nabawi, Bab malik al-Fahad is the only one to have domes over it. The domes, total seven in number, are decorated with high quality ceramic tiles, manufactured in England. The tiles were designed with traditional Islamic patterns. These ceramic tiles adorne the seven dome of king Fahad gate inside and outside. Bab Badr is also partially visible to the right. 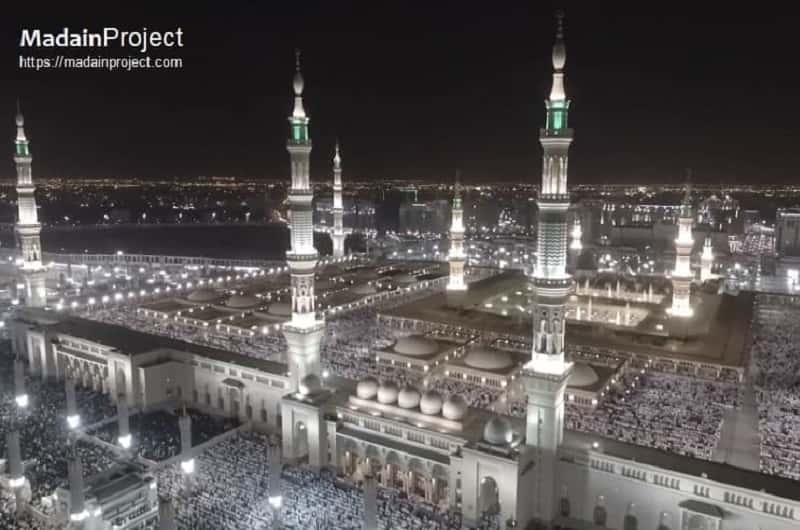 Minarets
The Bab Malik Fahad, located in the middle of the northern flank, is topped with two minarets on each side. The minarets are two of the six tallest minarets, reaching a height of 104 meters. These minarets were added during the last Saudi explansion of Masjid al-Nabawi. The masjid Nabawi has in total ten minarets. The Bab e Fahad minarets were the first one to be completed during the construction phases of second expansion. 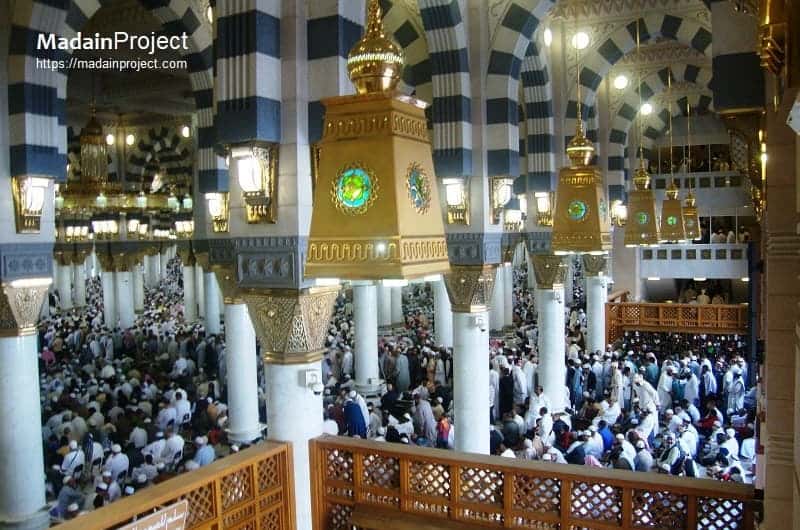 Interior
Interior of Bab Malik al-Fahad as seen from top the western escalators, beautiful chandaliers hang in the domes of the gate. The wooden enclosures to the bottom and to the far right enclose stairs leading to the roof area.

The King Fahad gate (Bab Malik) was installed during the Malik Fahad expansion (identify), which started circa 1980. It was the second Saudi expansion and most spectacular phase in Masjid Nabawi's recent development. 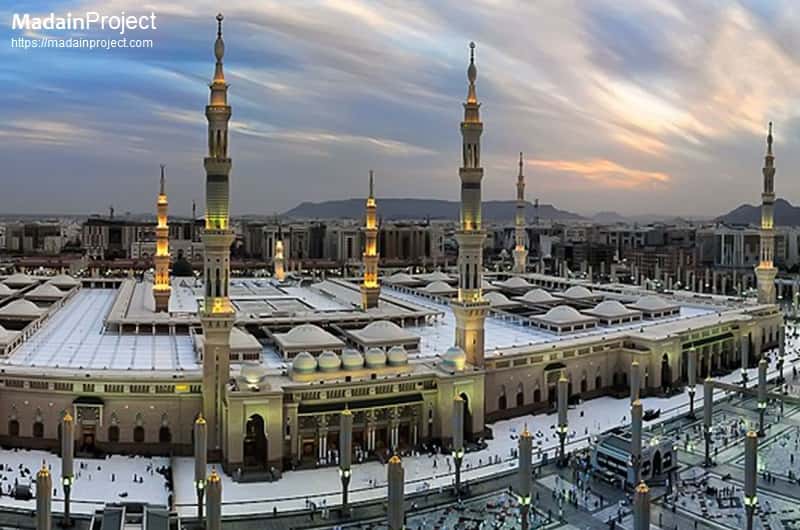 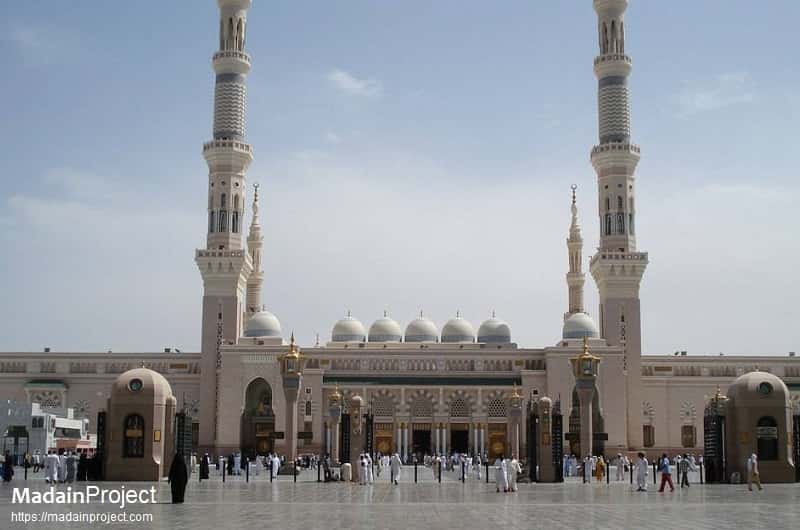 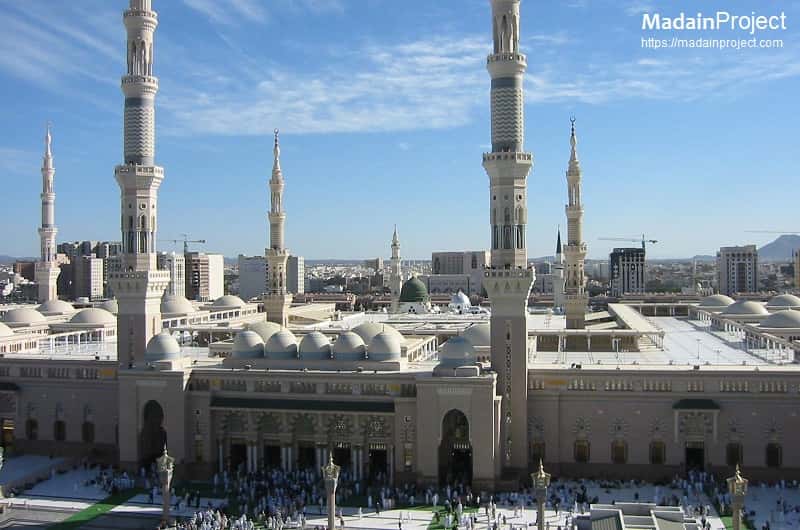 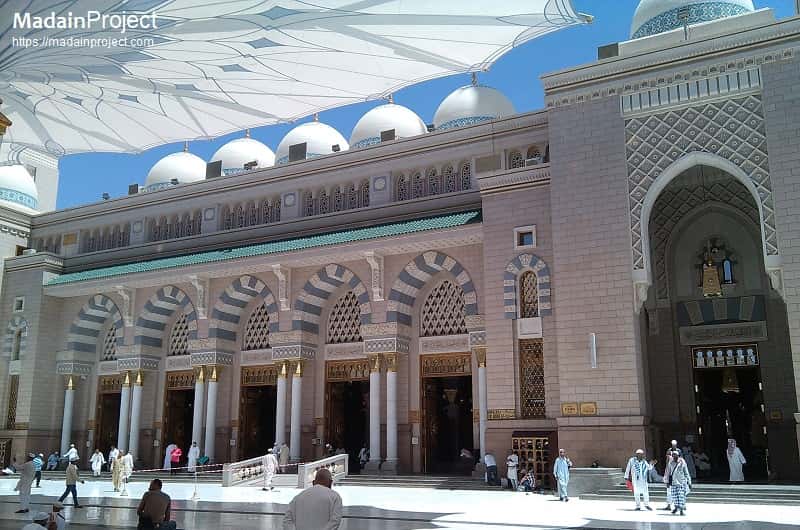 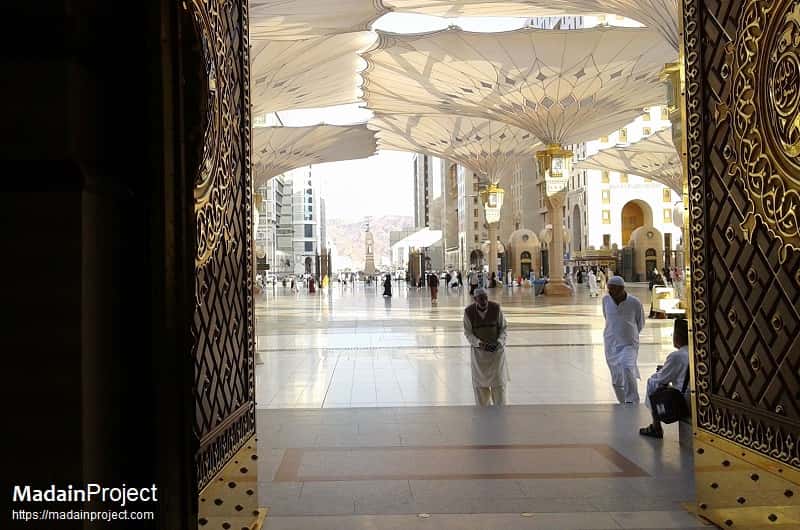