The Haramayn (Arabic: الحرمين‎, dual form of haram, meaning "The Two Sanctuaries"), also spelled Haramain, is the traditional Islamic appellation of the two holy cities of Islam, Mecca and Medina. Historically the cities of Jerusalem and Hebron have also been referred to as the Haramain during the Mamluk and Ottoman eras, echoing their status as holy sites for Palestinian Muslims 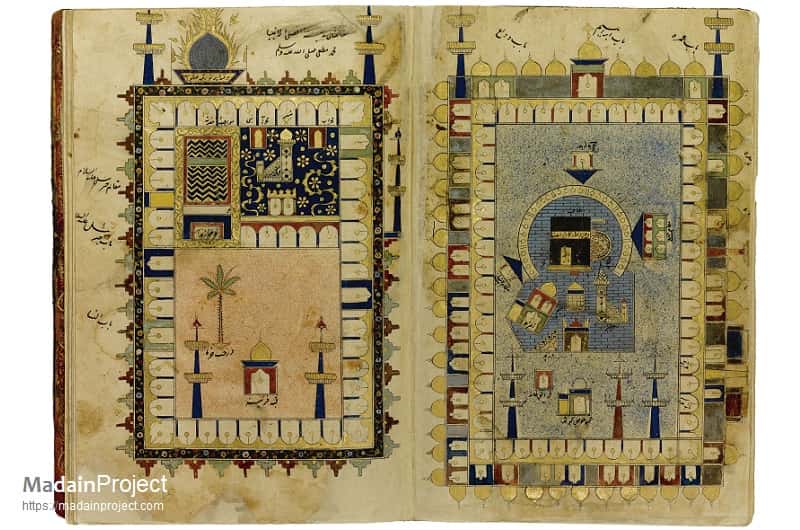 In it's strictest sense the term Haramain may also refer to the two holy mosques in the cities of Mecca and Medina. The Haramayn, the two cities of Mecca and Medina are the most sacred cities to the Mulsims world around due to the presence of the two holy mosques. The importance of the first city of Islam, Mecca, stems from the fact that the Bait ul-Allah (House of Allah, the Kabah) is there as part of the Great Mosque of Mecca and that it was the birth place of prophet Muhammad. And the importance of Medina stems from the fact that it was the Dar al-Hijrah (house of migration) towards which prophet Muhammad migrated and made it his second home. 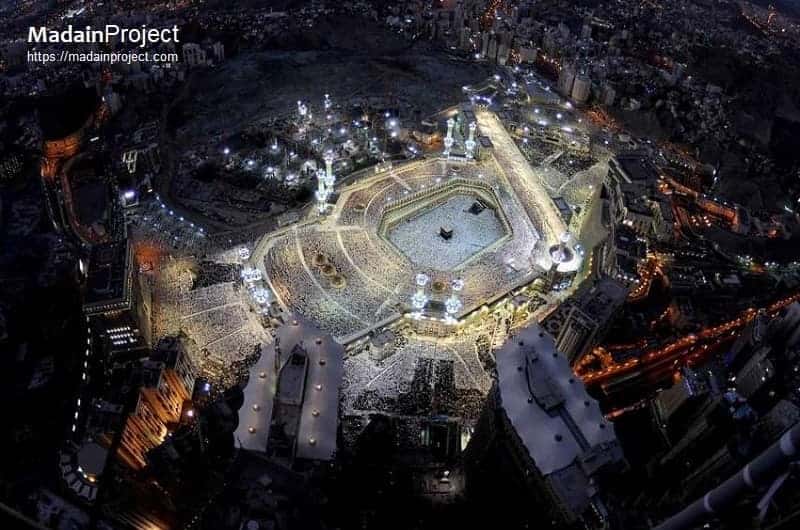 Aerial view of the Masjid al-Haram complex, as in 2013. One of the Five Pillars of Islam requires every Muslim to perform the Ḥajj, one of the largest annual gatherings of people in the world, at least once in their lifetime when able to do so, including circumambulating the Kaaba. The Grand Mosque includes other important significant sites, including the Black Stone, the Zamzam Well, Maqam Ibrahim, and the hills Safa and Marwa. It is always open, regardless of date or time. 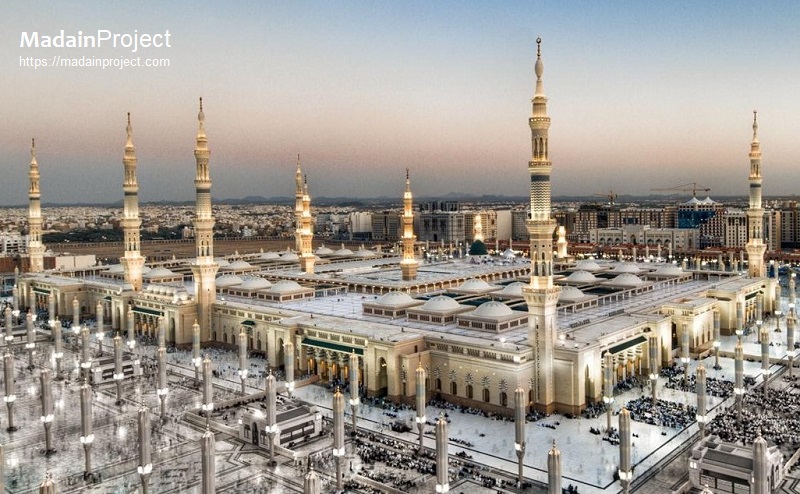 Horizon view of the Prophet's Mosque (Masjid an-Nabawi), with the Green Dome far in the background. It is the second-holiest site in Islam, after the Great Mosque in Mecca. It is always open, regardless of date or time. The site was originally adjacent to Muhammad's house; the original mosque was an open-air building and served as a community center, a court, and a school as well.