Hezekiah's Pool (Hebrew: בריכת חזקיהו, Brikhat Hizkiyahu), located in the Christian Quarter of the Old City of Jerusalem, south-west of the Church of the Holy Sepulchre, was once a reservoir forming part of the city's ancient water system. The pool was used at least from Second Temple times and was an important part of Jerusalem’s ancient water system until the 19th century. 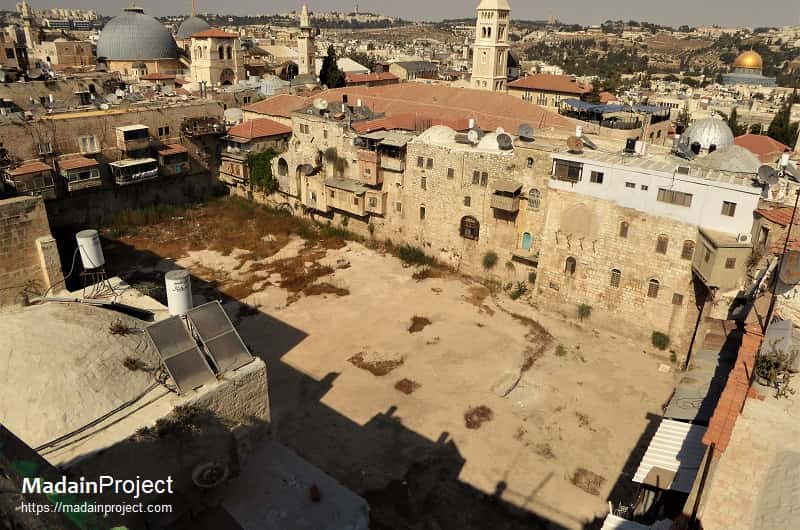 Though known as the "Hezekiah's Pool" it is thought to be a reservoir from the time of King Herod that received water from aqueducts that are still visible outside the Jaffa Gate. It also may have been a quarry outside the city where stones were cut for an Old Testament wall to the east of here. Some consider this to be the pool mentioned in Isaiah 36:2 and 2 Kings 18:17 where Sennacherib's field commander met Hezekiah's men "at the aqueduct of the Upper Pool, on the road to the Washerman's Field.". 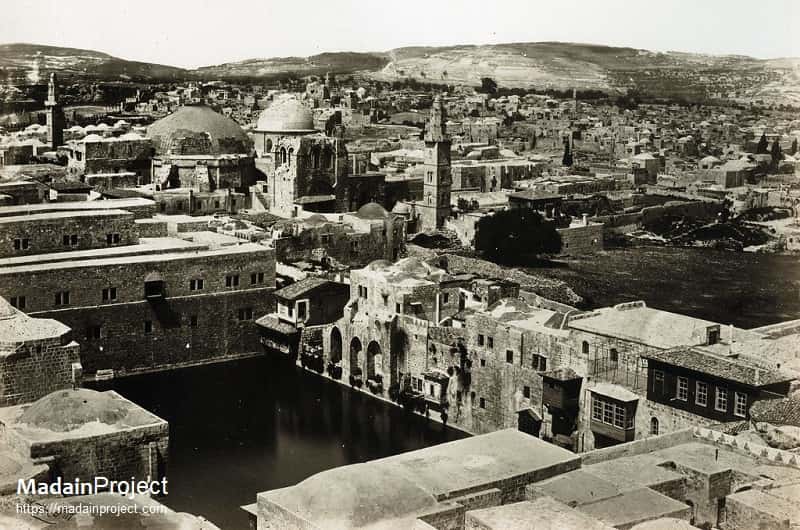 Flavius Josephus referred to the pool as Amygdalon, meaning 'almond tree' in Greek, but it is very likely that he derived the name phonetically from the Hebrew word מגדל migdal, meaning 'tower', thus it is believed that the original name was Pool of the Tower or Towers. The pool is also known as the Pool of Pillars, or the Pool of the Patriarch's Bath (Arabic: بركة حمّام البطرك Birkat Hammam el-Batrak). The pool is believed to be the upper pool referred to in 2 Kings 18:17, built by King Hezekiah (f. 700 BCE), who met messengers from the king of Assyria there. At a later time it was fed from the Mamilla Pool, one of the three reservoirs constructed by Herod the Great during the first century BCE by an underground conduit which still partially exists. 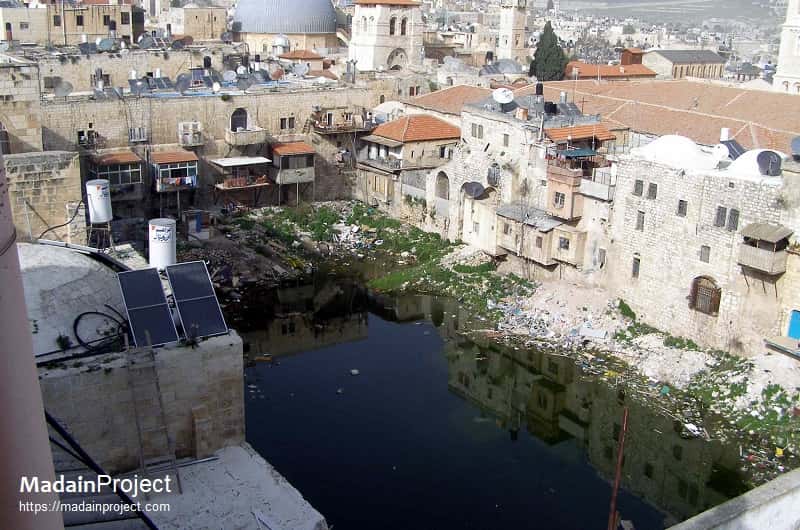 The pool is 240 feet (73 m) by 140 feet (43 m) in size, with an estimated capacity of nearly 3,000,000 US gallons (11,000,000 l; 2,500,000 imp gal). The pool has been defunct for quite some time now and became a garbage dump and cesspool, clean up works by the Jerusalem Muncipality cleared all the turbid water and garbage and opened up at least two entrances to the area. The bottom of the pool is cemented and leveled natural rock. As of 2010 the pool is dry and surrounded by buildings on all sides.

After years of neglect, in 2011 clean up works were carried out by the Jerusalem Muncipality. Located in so many people’s backyard, as it were, and it’s ownership in dispute among various parties. Hezekiah’s Pool, also known as the Pool of the Pillar, is located in the Christian Quarter, not far from Jaffa Gate.

It is ancient water reservoir and covers over three dunams (three-quarters of an acre ). But it is completely hidden from the public, with stores and homes surrounding it, and most of the times thousands of tourists pass right by it without having a clue that the historic site is nearby. What’s interesting is that the pool has never really been examined archaeologically. Some parts of the aqueduct channels, both Byzantine and Roman/Herodian versions, which fed the pool were exposed and documented in infrastructure work inside Jaffa Gate; the channels were coming from the Mamillah Pool in the upper reaches of the Hinnom Valley, which was already understood.