The Pool of Siloam (Arabic: بركه سلوان‎ Hebrew: בריכת השילוח‎, Breikhat Hashiloah) was a rock-cut pool on the southern slope of the City of David, the original site of Jerusalem, located outside the walls of the Old City to the southeast. The pool was fed by the waters of the Gihon Spring, carried there by two aqueducts.

Remains of the Second Temple era Pool of Siloam were rediscovered during an excavation work for a sewer in the autumn of 2004, following a request and directions given by archaeologists Eli Shukron accompanied by Ori Orbach from the Israel Nature and Parks Authority. The excavations also revealed that the pool was 225 feet wide, and that steps existed on at least three sides of the pool. The pool remained in use during the time of Jesus (illustration). According to the Gospel of John, Jesus sent "a man blind from birth" in order to complete his healing. 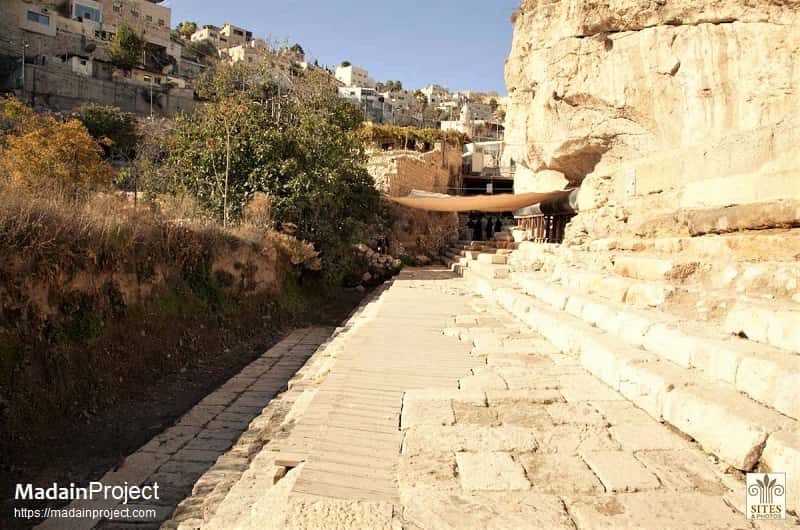 The Pool in the First Century CE
A model reconstruction (locate) of the Siloam Pool can be seen in the Holyland Model of Jerusalem in Second Temple Period. The discovery of the Second Temple period Pool of Siloam provides a better understanding and context to John's recording of Jesus healing the blind man (John 9:1-12). The size of the pool is more appropriate for a large number of people passing through, and it is well situated at the foot of the Pilgrimage Road leading up to the Temple. 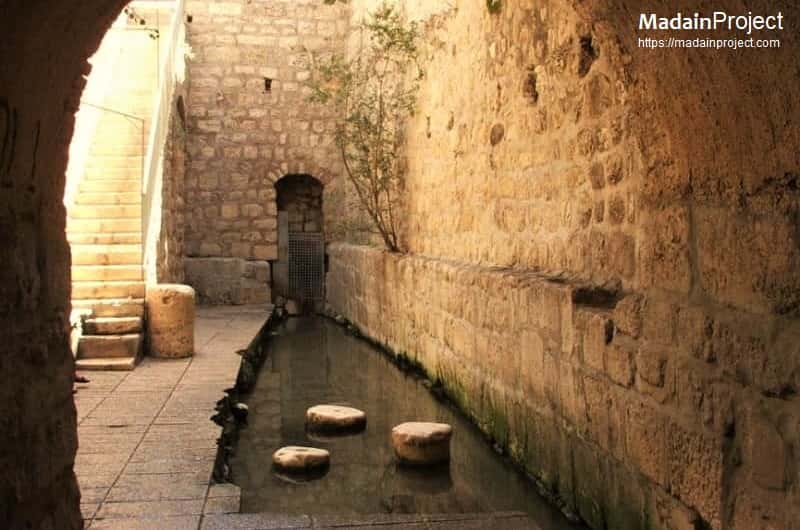 Byzantine Era
In the 5th century, a pool was constructed at the end of the Siloam Tunnel, at the behest of Empress Aelia Eudocia. This pool survives to the present day, surrounded on all sides by a high stone wall with an arched entrance to Hezekiah's Tunnel. This pool is around 70 yards from the Second Temple era Pool of Siloam, and is significantly smaller. Until the discovery of the Second Temple era Pool of Siloam, this pool was wrongly thought to be the pool described in the New Testament and the Second Temple sources.

And much later, midway through the fifth century (around 440 CE), the Byzantines sought to preserve it by building a stone wall around it, and a church was built nearby to commemorate Jesus' healing of the blind man.

Muslim Era
During the Middle Ages, the church was replaced by a mosque. Although this late date always posed a problem, the Byzantine pool was thought to be the Pool of Siloam until this recent discovery. 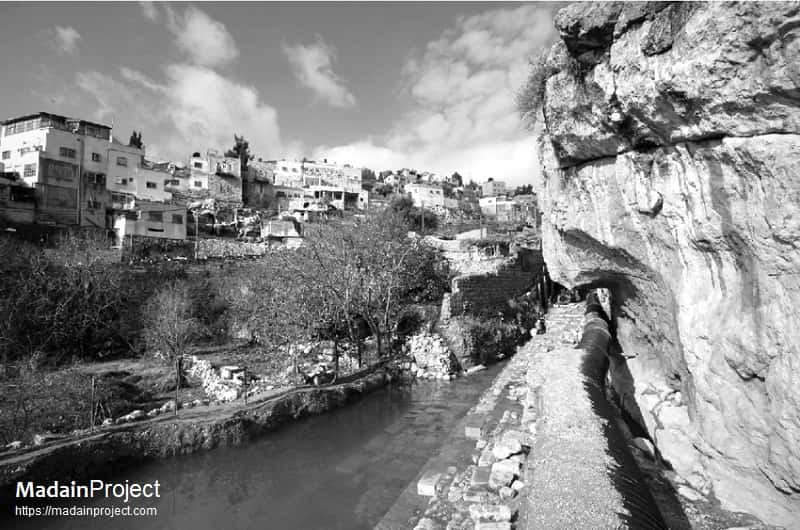 The pool was fed by the waters of the Gihon Spring, carried there by two aqueducts. The Pool of Siloam was first built during the reign of Hezekiah (715–687/6 BCE), to provide a water supply inside the City to protect it from a siege. The pool was fed by the newly constructed Siloam tunnel. The pool structure was reconstructed no earlier than the reign of Alexander Jannaeus (103-76 BCE), although it is not clear whether this pool was in the same location as the earlier pool built by King Hezekiah — if so, all traces of the earlier construction have been destroyed.

There are three sets of five steps, two leading to a platform, before the bottom is reached, and it has been suggested that the steps were designed to accommodate various water levels. A portion of this pool remains unexcavated, as the land above it is owned by a nearby Greek Orthodox church and is occupied by an orchard known as the King's Garden (compare Nehemiah 3:15). The pool is not perfectly rectangular, but a soft trapezoid. 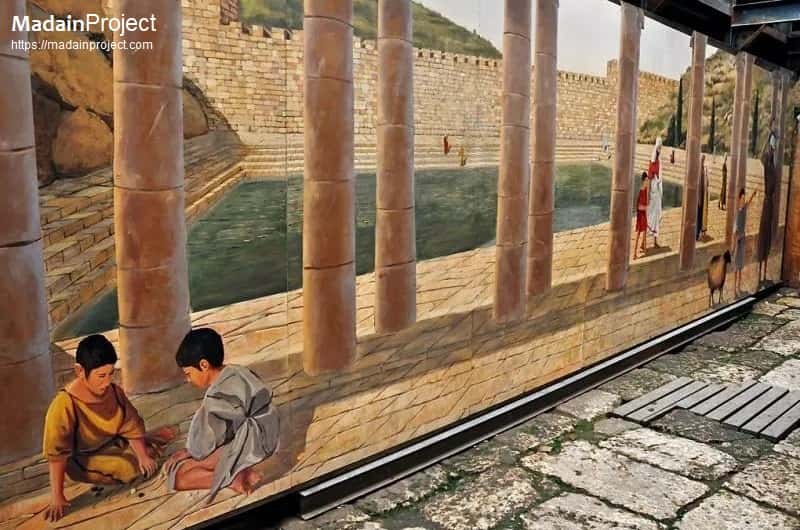 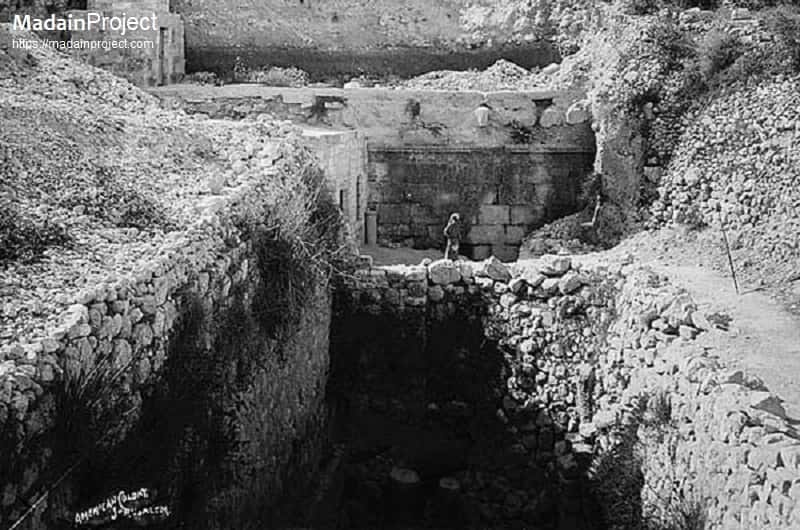 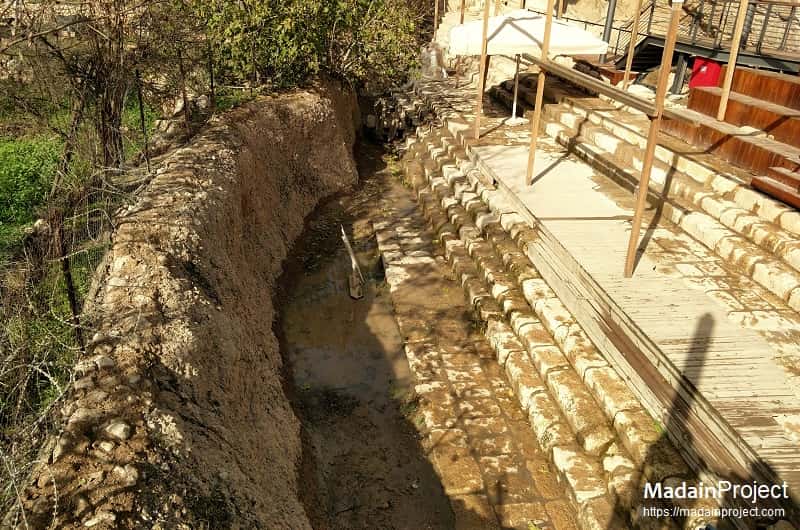 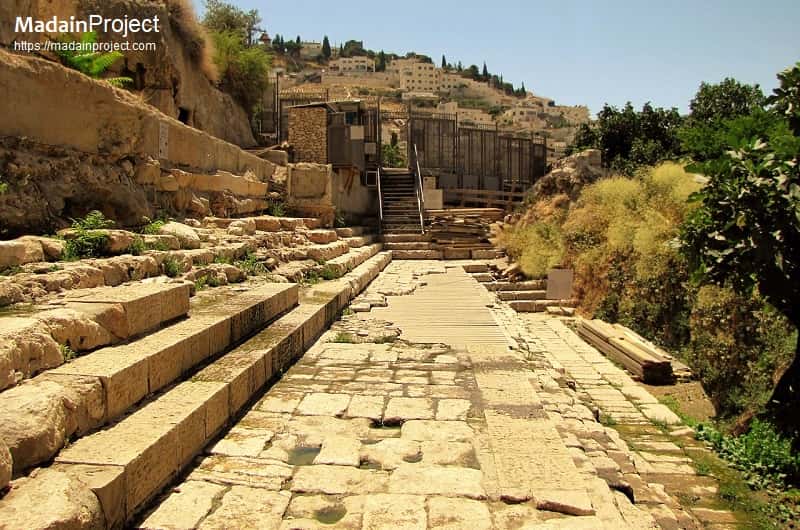 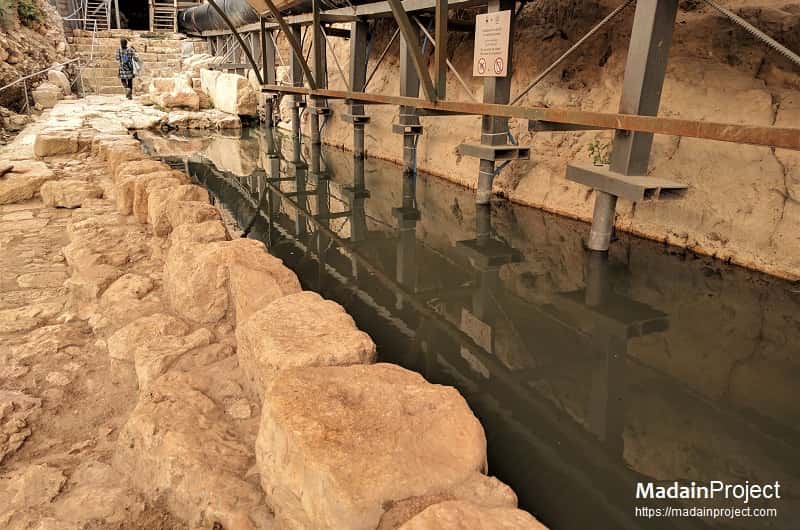 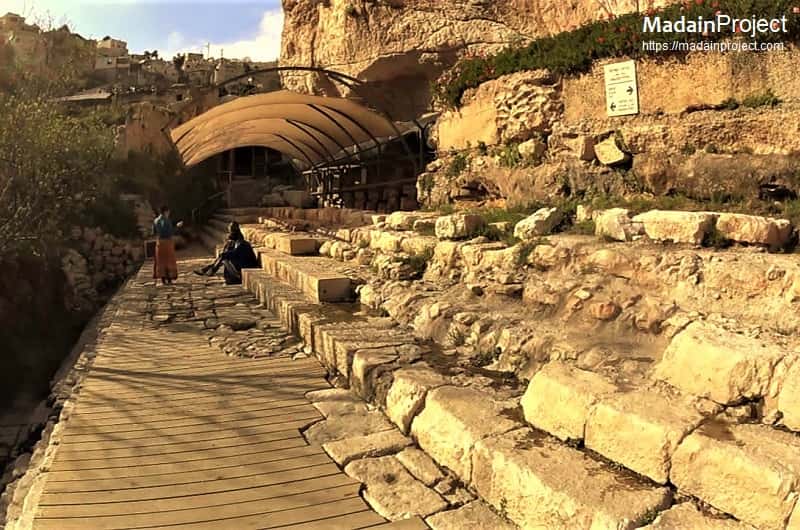 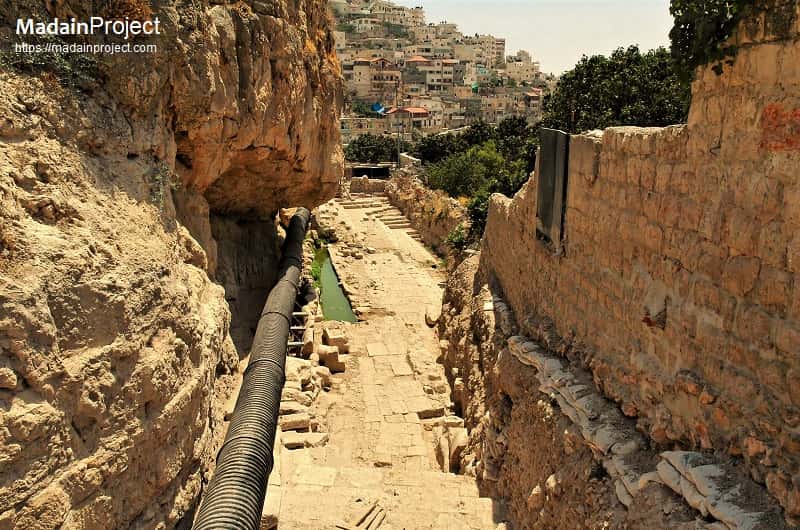 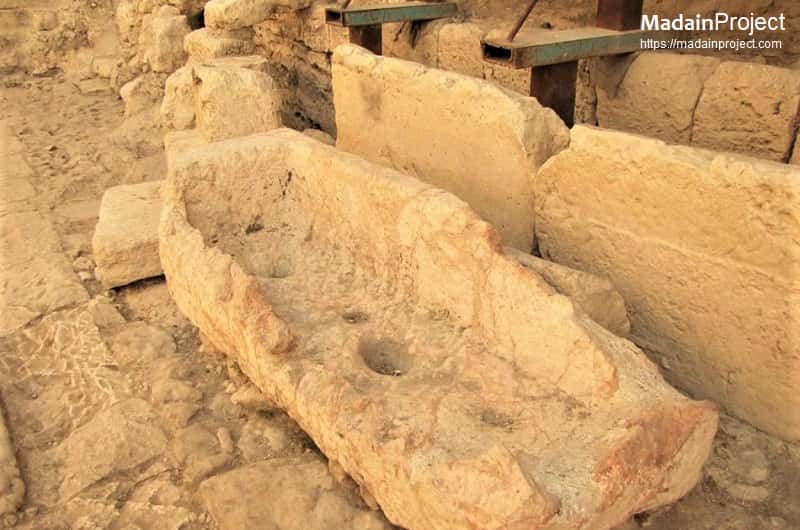