Dome of the Spirits

Several theories exist concerning the name of this building; it could be associated with the proximity of the cave of the spirits or according to a legend, the souls of the dead will be gathered there for prayers.

It was probably built during Umayyad period because Ibn al-Faqih al-Hamadani circa 9-10 century CE (3-4Hj.) in his Mukhtasar Kitab al-Buldan mentioned that there was a dome in al-Aqsa enclave called Kubbat Jibril (Dome of Gabriel). Back then it was also called Kubbat al-Ruh and Kubbat al-Arvah (Dome of the Spirits). It was probably rebuilt during the 16th century CE (10th century Hj.) during the Ottoman period. 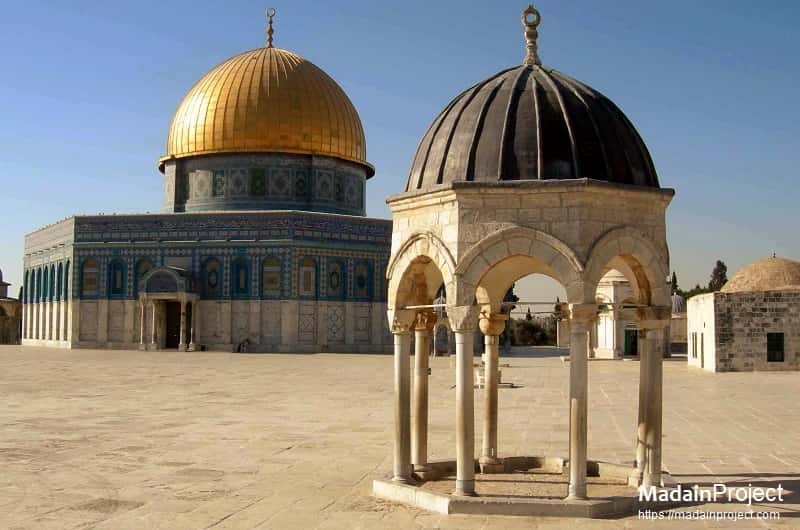 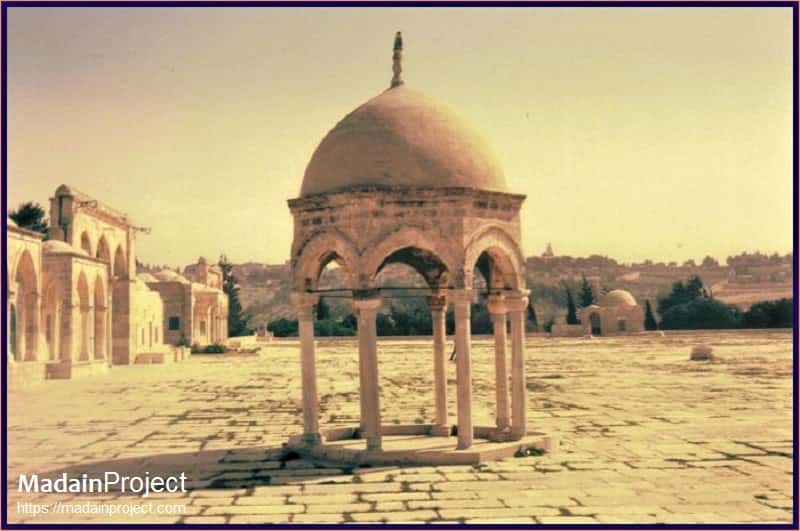 Outer Structure
Unlike some other domes inside the Haram as-Sharif Complex, the Dome of the Spirits is open-sided, consisting of eight marble columns on which to base eight pointed contracts, above which a large dome, and at the bases of the columns one stone barrier, and ends in the shape of a niche in the direction of Qibla.

Herodian Paving
According to Ritmeyer the paving beneath the Islamic structure belongs to that of Herodian masonry. It dates back to the Second Temple period, and was probably part of the inner court of the Herodian Temple Mount. The stone on which the Dome is built measures 12 feet (3.7 meters) by 11.5 feet (3.5 meters). According to Warren’s survey maps, it is situated approximately 10 feet (3 meters) above the natural bedrock. It was part of the pavement that was laid north of the buildings that surrounded the Temple. Ritmeyer notes has been erroneously claimed to have been the location of the Holy of Holies by Prof. A. Kaufman.