The distance or length of a single tawaf (طواف) varies from 80 meters to 700 meters depending on where and how far from Kaaba the circumambulation is performed. Tawaf can be performed either on the Mataf ground or in one of the corridors or roof area around the Kabah. All the calulations are approximate, actual tawaf distance/length may vary because of several factors.

Performing tawaf closest to the Kaba constitutes about 75-80 meters per tawaf. And a total seven tawafs around Kaabah would make about 525-600 meter (about half a kilo meter). The circle of tawaf begins and ends at the Black Stone (al-Ḥajar al-'Aswad) on the corner of the Kaaba. If possible, Muslims are to kiss or touch it, but this is often not possible because of the large crowds, so it is acceptable for them to simply point or hold up their hand to the Stone on each circuit.

Circumbulating around Kabah from the center of Mataf area with a distance of about 25-40 meters, will lengthen the tawaf distance by about 120-150 meters per tawaf. And total seven tawafs would make about 850 meters to 1050 meters (nearly a kilometer). At the end of the circling, Muslims go to the Station of Ibrahim to pray two rak'ahs of nafl prayer, and then drink water from the sacred Well of Zamzam, before proceeding to the next ritual of the Hajj, the Sa'yee. 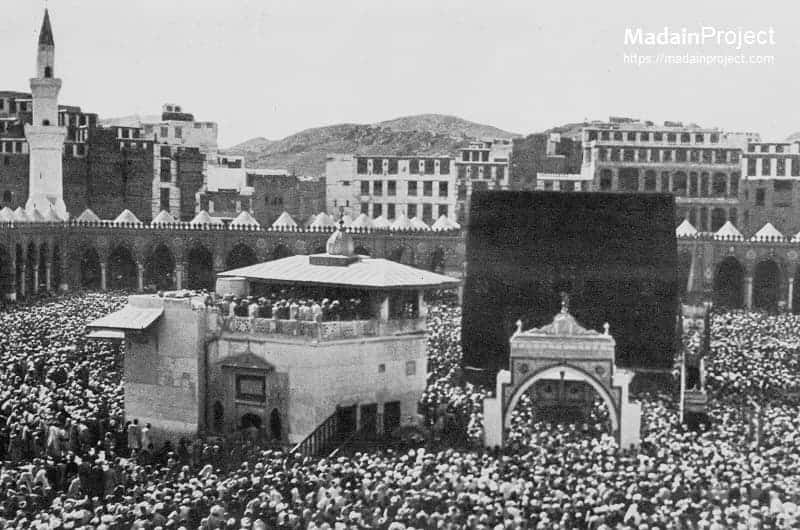