The Jabal an-Nour (جَبَل ٱلنُّوْر) literally meaning 'Mountain of the Light' or 'Hill of the Illumination', also called Mount Hira (Jabal al-Hira), is a mountain near Mecca in the Hejaz region of Saudi Arabia. The mountain houses the grotto or cave of Hira' (غَار حِرَاء), which holds tremendous significance for Muslims throughout the world, as the prophet Muhammad is said to have spent time in this cave meditating, and it is widely believed that it was here that he received his first revelation, which consisted of the first five ayats of Surah al-Alaq from the angel Jibra'il (as is pronounced in certain Quran recitation schools and some Arab tribes; also known as Gabriel).

One physical feature that differentiates Jabal al-Nour from other mountains and hills is its unusual summit, which makes it look as if two mountains are on top of each other. The top of this mountain in the mountainous desert is one of the loneliest of places. However, the cave within, which faces the direction of the Kaaba, is even more isolated. While standing in the courtyard back then, people could only look over the surrounding rocks.

Nowadays, people can see the surrounding rocks as well as buildings that are hundreds of meters below and hundreds of meters to many kilometers away. Hira is both without water or vegetation other than a few thorns. Hira is higher than Thabīr (ثَبِيْر), and is crowned by a steep and slippery peak, which Muhammad with some companions once climbed. 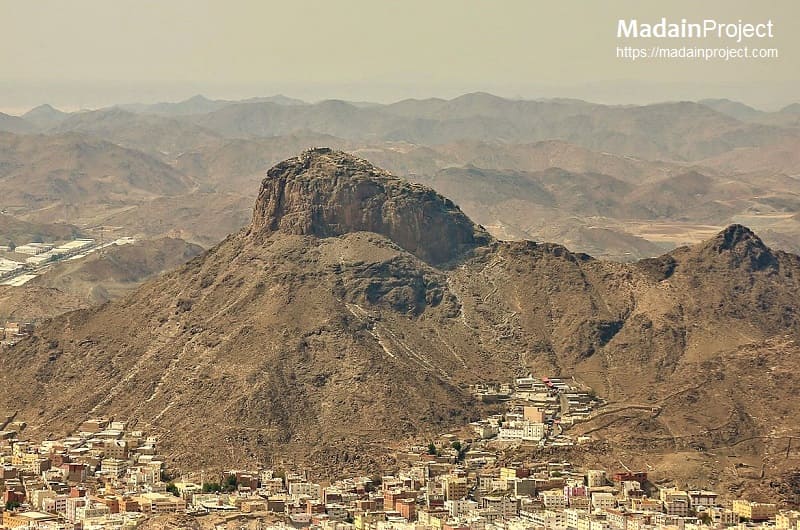 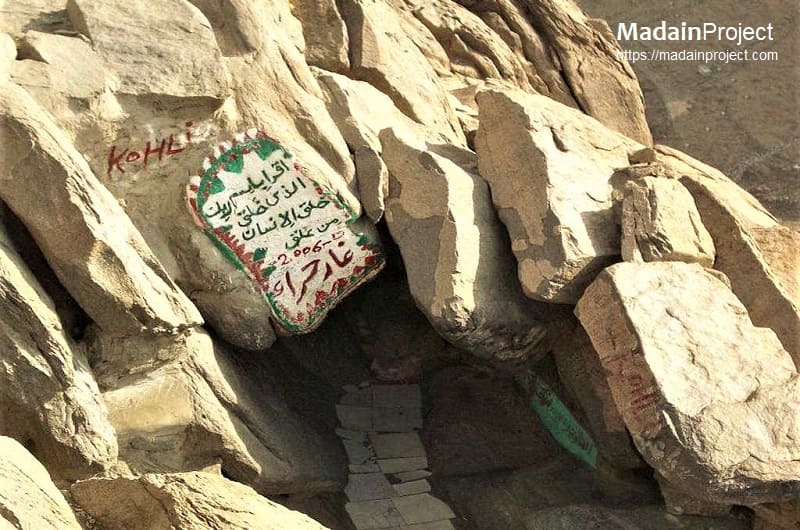 Cave of Hira
The Cave of Hira was of minor significance before Islam, its name meant the home of Hira (jewels). The cave itself is about 3.7 meters (12 feet) in length and 1.60 meters (5 feet 3 inches) in width. The cave is situated at a height of 270 meters (890 feet). Although, during the season of Ḥajj ('Pilgrimage'), an estimated five thousand visitors climb to the cave daily to see the place where prophet Muhammad is believed to have received the first revelation of the Quran on the Night of Power by the angel Jibreel ( 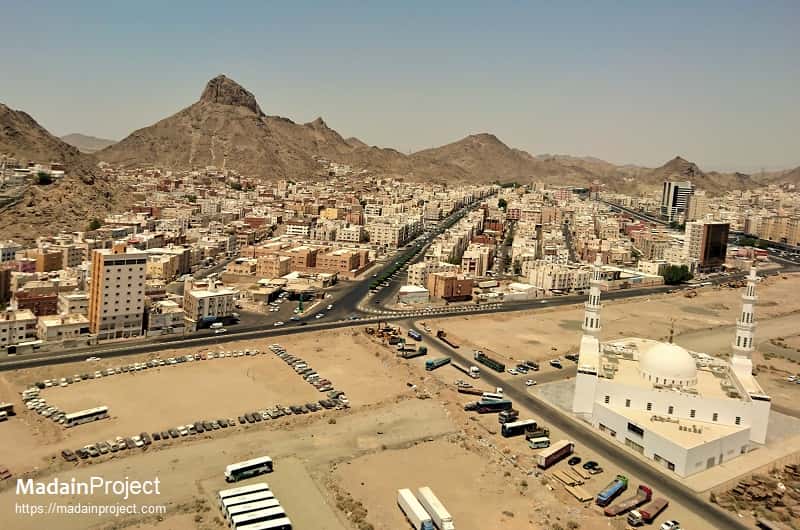