Cave of the Patriarchs (Haram al-Ibrahimi)

Known to Muslims as al-Haram al-Ibrahimi (الحرم الإبراهيمي), after the prophet Ibrahim or Cave of Patriarchs or Cave of Machpelah (the cave of the tombs) in Jewish tradition, is a series of caves located in the heart of the Old City of Hebron. According to the Abrahamic religions, the cave and adjoining field were purchased by Abraham as a burial plot. According to the tradition this is the place where Jewish Patriarchs and Muslim prophets Abraham (Ibrahim) Isaac (Ishaq) and Jacob (Yaqoob) are believed to be buried along their wives Sara (Sarah), Rebekah (Rifaqah) and Leah (Leah) respectively.

APA
Cave of the Patriarchs (Haram al-Ibrahimi) (n.d.). Retrieved on January 18, 2022, from https://madainproject.com/cave_of_patriarchs

Nearly the entire building itself was built by King Herod and it remains the only Herodian building surviving today virtually intact. Situated beneath a Saladin-era mosque converted from a large rectangular Herodian-era structure built by Herod the Great to commmorate the site for his Jewish subjects, the series of subterranean chambers is located in the heart of the old city of Hebron (Al-Khalil) in the Hebron Hills.

The Arabic name of the complex (الحرم الإبراهيمي) reflects the prominence given to Abraham in Islam. Outside biblical and Quranic sources there are a number of legends and traditions associated with the cave. The site is considered by Jews to be the second holiest place in the world, after the Temple Mount. 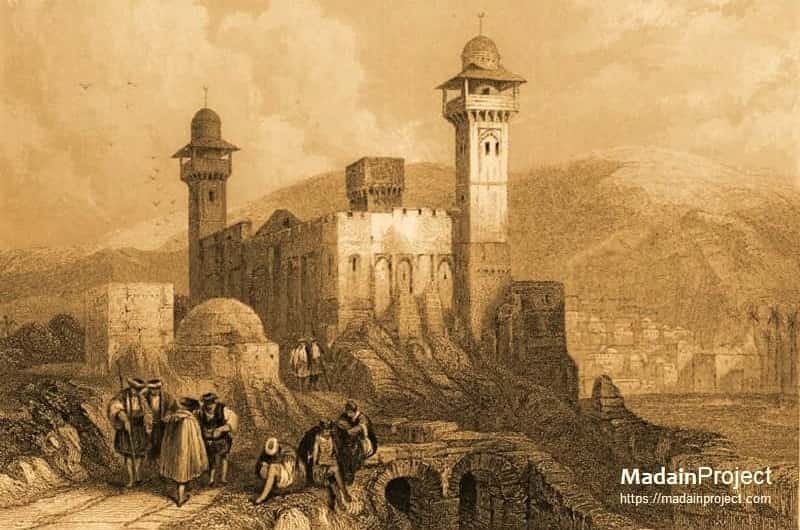 The large Herodian edifice stands over an ancient series of caves (illustration) believed to contain the burials of patriarchs and matriarchs. Later in its history, Byzantine Christians took it over and built a Basilica which after the Muslim conquest was converted into the Ibrahimi Mosque. Crusaders took over the site in the 12th century, but it was taken back by Saladin 1188 and reconverted into a mosque. Under Israeli control the the structure has been divided in to two parts, a mosque and a synagogue.

Cenotaph of Prophet Abraham
"Tomb of Abraham," cenotaph above the cave traditionally considered to be the burial place of Abraham and Sarah in the Haram al-Ibrahimi (Cave of the Patriarchs). The burials lie well beneath the Herodian structure, to which only two entrances are known to exist. The passage to the caves was sealed at some time after Saladin had recaptured the area, though the roof of the circular room was pierced, and a decorative grate was placed over it.

Cenotaph of Rebekah
The cenotaph of Rebekah (ريبيكا) wife of prophet Isaac, in the southeastern section, which functions primarily as a mosque, contains two cenotaphs, symmetrically placed, near the center, with other being dedicated to Isaac. Between the two cenotaphs, in the southeastern wall, is a mihrab. The cenotaphs have a distinctive red and white horizontal striped pattern to their stonework but are usually covered by decorative cloth.

Cenotaph of Isaac
The memorial cenotaph of Isaac (prophet Ishaq) in located in the mosque section of the Haram al-Ibrahimi. To the left (south-east) is the mehrab and the minbar of Salah al-Din Ayyubi.

Along the north-eastern wall of the mosque section, an access shaft is located. This shaft is blocked with a decorative grate (inspect) and adorned with a dome. This grate allows visitors to look down into the 40-foot shaft leading to the ground level of the cave where Ibrahim and Sarah are believed to be buried. The other entrance is located to the southeast, near the mihrab, and is sealed by a large stone, and usually covered by prayer mats.

The waqf have historically prevented access to the actual tombs out of respect for the dead. When the enclosure was controlled by crusaders, access was occasionally possible. The cenotaph of Ibrahim is directly opposite of this domed structure, on the other side of the wall, in the Jewish section.

One account, by Rabbi Benjamin of Tudela dating from 1163 CE, states that after passing through an iron door, and descending, the caves would be encountered. According to Benjamin of Tudela, there was a sequence of three caves, the first two of which were empty; in the third cave were six tombs, arranged to be opposite to one another. 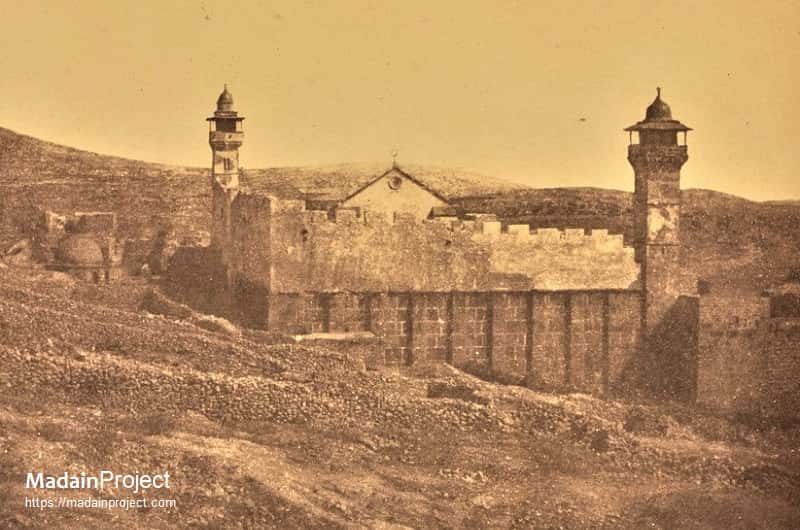 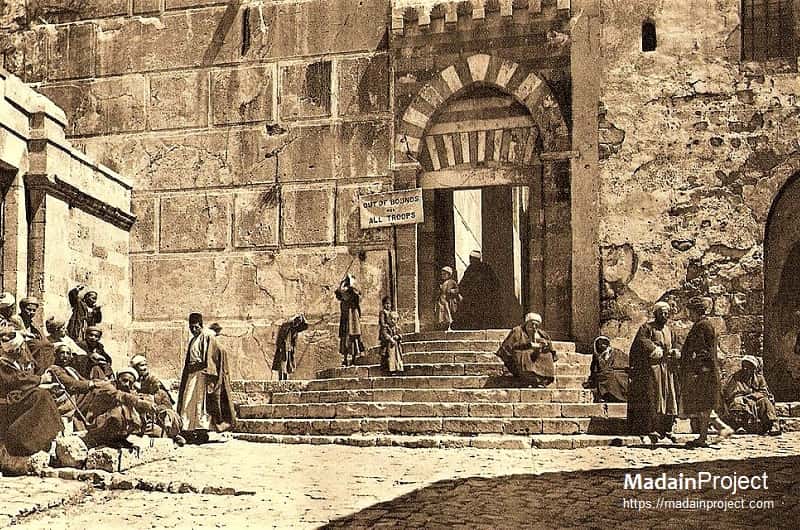