This article attempts to enlist the sites, believed or reported as the tomb of prophet Noah, but none of these can be verified with archaeological record. Prophet Noah is believed to have lived in 2006 AM (Anno Mundi). 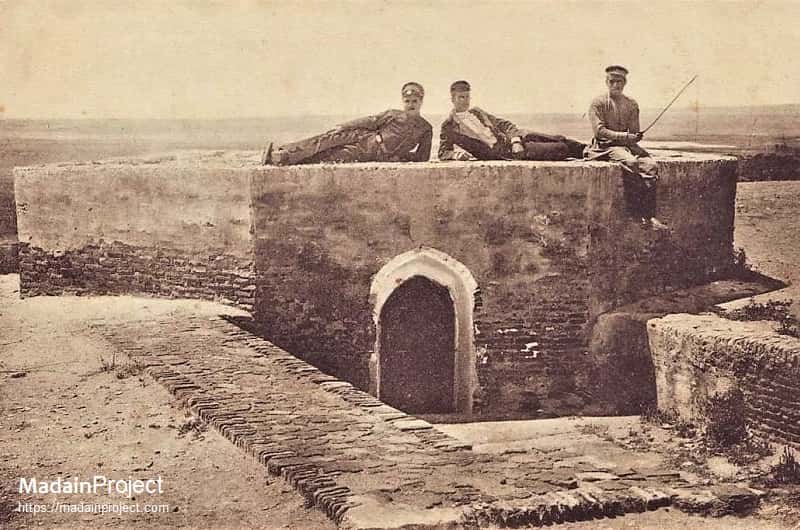 Cizre
The Tomb of Noah in Cizre, Turkey is situated in the courtyard of Nebi Nuh Mosque. To the east is Cudi Dağ, identified as Mt. Ararat in some traditions. The tradition from Cizre claims that it was the original burial place of Noah and his family. However, the tradition can not be confirmed. Cizre citizen İbnülesin Firuzabadi, Evliya Çelebi, Ebubekir Helevi and Babili Berasus had written that this structure, one of the oldest tombs of Anatolia, has belonged to Noah. There is a wooden sarcophagus over the tomb. The tomb and the mosque there over have been restored by Noah Nebi Building and Surviving Association. 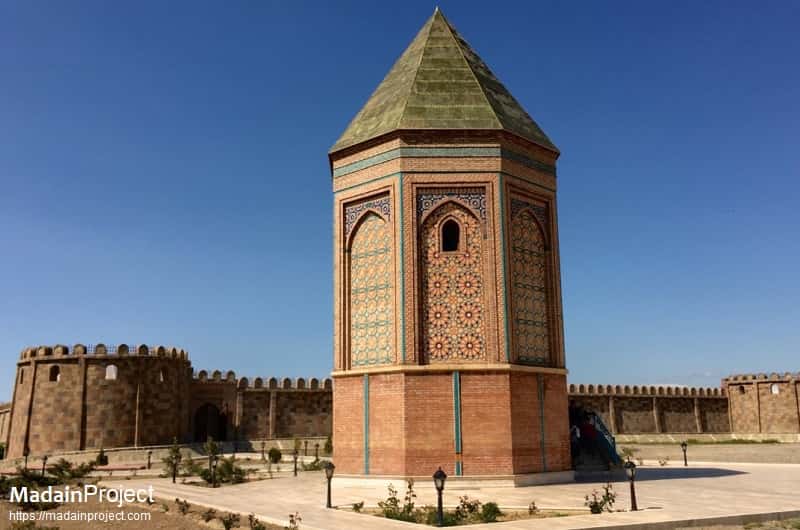 Nakhchivan
According to Armenian tradition, Noah's Tomb (Nuh peyğəmbər türbəsi) is located in the town of Nakhchivan. The 19th century Russian and European sources such as the Brockhaus and Efron Encyclopedic Dictionary and John Foster Fraser noted that the local Armenians considered it a holy place. The tomb consists of remains of the lower storey of a former temple, with a ladder leading to a burial vault. The chamber contains a stone column which is rumoured to contain relics of Noah. Architecture of the construction is dated from the 8th century CE.

Kerak
Noah's tomb, 'the tomb of the honored old navigator' is on the outskirts of a new town called Kerak. It is located in the west of the city of Karak in the south of Jordan, and it is a small-sized building (57 square meters) of stone and clay in green color topped by a dome in the middle of the city's Karak cemetery, which was named "Noah's Tomb", and the construction date back to the Mamluk era, which was destroyed more than once It was completely restored last time by the Ottoman Empire in the year 1920. This shrine is not a shrine, as scholars of history confirm that he did not reside in that region, but they confirm its passage there.

Karak Nuh
According to tradition by al-Mukaddasi, the tomb in Karak Nuh, existed since the tenth century. The stone tomb measures around 31.9m long, 2.7 m wide and 0.98 m high and is covered in a raggedy green cloth. According to Sir Richard Burton the size of the monument possibly derives from tales of ancient giants, but is more realistically suggested to be a section of an ancient aqueduct that has been converted to serve as a shrine. There is also a courtyard outside the building with a prayer niche.

Najaf
According to Shi'a tradition, buried next to Ali within the mosque of Imam Ali in Najaf Iraq, are the remains of prophets Adam and Noah. The tradition is not archaeologically substantiated, but is related to Ja'far as-Sādiq. 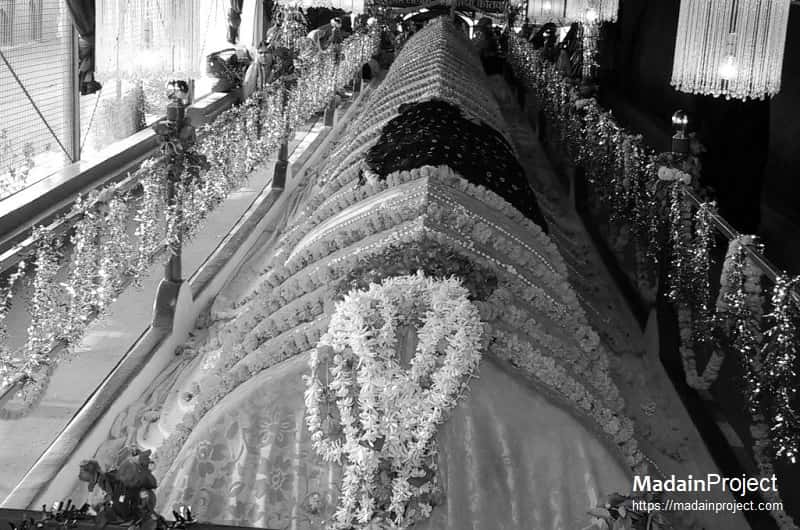 Ayodha
Another grave in the Indian city of Ayodha is attributed to prophet Noah. Also known as the Navgazi Mazar (also spelled as Naughazi) it is situated behind the Ayodhya police station. This tomb is considered to be the replica or spatial manifestation of the one in the town of Najaf in Iraq, which was narrated in details by the Moroccan Arab traveller Ibn Battuta (1304-1369 CE) in his travel accounts. This is also described in the British reports and the Gazetteer of Oudh (1877-88 CE), however the Ain-i-Akbari, a 16th century text (cf. Jarrett 1948), does not mention this tomb/grave.