The Tomb of Nabi Sawarka (مقام النبي سراقة) dates back to the Memluk era, and is surrounded by Ottoman period cemetery. C. Conder’s Tent Work in Palestine and the old maps state that nabi Serakah was located here. A sacred tree once grew near the tomb, but now not a trace of it remains. 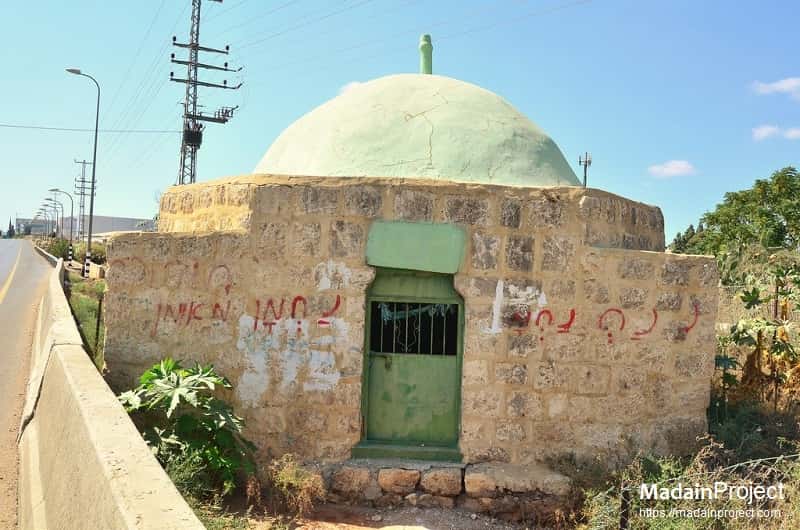 The main entrance to the structure lies to the east. It is a square structure with a shallow dome that sits on an hexagonal base was originally white. Current structure was rebuilt in 2011. According to some reports, it is the tomb of the Bedouin Sheikh from Negev named nabi Serakah or Sawarka (Suwarka).

Interior of the tomb with the cenotaph along the north wall, A. Peterson noted in his book in 1991 that the cenotaph was located along the west wall, it may have been moved during the renovations in 2011.