Mausoleum of Sultan Suleyman the Magnificent

The much larger octagonal mausoleum of Suleiman the Magnificent bears the date of 1566, the year of his death, but it was probably not completed until the following year. The mausoleum is surrounded by a peristyle with a roof supported by 24 columns and has the entrance facing east rather than the usual north. Under the portico on either side of the entrance are Iznik tiled panels. These are the earliest tiles that are decorated with the bright emerald green colour that would become a common feature of Iznik ceramics.

The interior has a false dome (inspect) supported on eight columns within the outer shell. There are 14 windows set at ground level and an additional 24 windows with stained glass set in the tympana under the arches. The walls and the pendentives are covered with polychrome Iznik tiles (inspect).

Around the room above the windows is a band of inscriptive tiled panels. The text quotes the Throne verse and the following two verses from the Quran (2:255-58), starting from the right of the entrance with Bismillah. In addition to the tomb of Suleiman the Magnificent, the mausoleum houses the tombs of his daughter Mihrimah Sultan and those of two later sultans: Suleiman II (ruled 1687–1691 CE) and Ahmed II (ruled 1691–1695 CE). 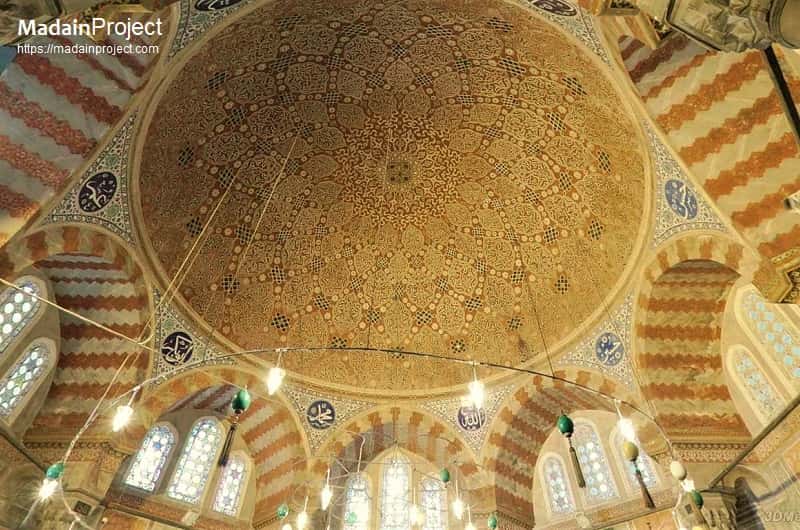