The Süleymaniye Mosque (Turkish: Süleymaniye Camii) is an Ottoman imperial mosque located on the Third Hill of Istanbul, Turkey. The mosque was commissioned by Suleiman the Magnificent and designed by the imperial architect Mimar Sinan and forms part of the Süleymaniye Külliyesi (Suleimani Complex).

The Süleymaniye Mosque, was built on the order of Sultan Süleyman (Süleyman the Magnificent), and designed by the imperial architect Mimar Sinan. The Arabic foundation inscription above the north portal of the mosque is carved in thuluth script on three marble panels. It gives a foundation date of 1550 CE and an inauguration date of 1557. In reality the planning of the mosque began before 1550 CE and parts of the complex were not completed until after 1557 CE. The Süleymaniye mosque, though similar in magnificence to the preceding structures, asserts Suleyman's historical importance. The structure is nevertheless smaller in size than its older archetype, the Hagia Sophia.

The Süleymaniye Mosque was damaged in the great fire of 1660 and was restored by Sultan Mehmed IV. Part of the dome collapsed during the earthquake of 1766. Subsequent repairs damaged what was left of the original decoration of Sinan. 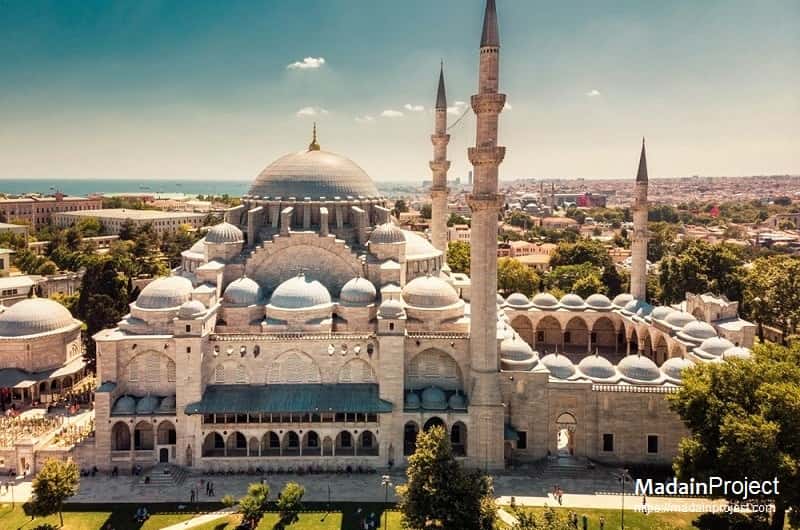