Lot's Cave (كهف لوط) or Cave of Nabi Lut (كهف النبي لوط) is an archaeological site south of the Dead Sea and near the village of Ghor as-Safi (ancient Zoar). The site comprises of a partly natural and partyle man-made cave and a seventh century CE byzantine monastery complex. The cave is located 2 kilometers north-east of Safi, on a steep mountain slope overlooking what was once the southern end of the Dead Sea. Remains from the cave date to the early Bronze Age (3300–2000 BCE) and an inscription in the cave mentions Lot by name.

Lot’s Cave, just past the Lisan Peninsula, is where he and his daughters are said to have lived after fleeing the destruction of Sodom and Gomorrah; Lot’s wife is famously believed to have turned into a pillar of salt after looking back at the smouldering city.

In the Byzantine period the site of Lot’s cave was identified, sanctified, and a monastic complex was built in front of it. Although recorded by several Byzantine sources, and even depicted in the Madaba map, the site was identified only in 1986.

The room inside the cave (peek outside), measuring 2 x 2.5 meters, was paved with fine white marble slabs. This could indeed be the place where early Christians believed that Lot and his two daughters took refuge after their flight from Zoar. Finds within the cave indicate that it has a long history of oc­cupation. The most recent materials recovered from the cave floor (inspect) date to the early ninth century CE, probably the final habitation of the cave. The cave of prophet Lut is also depicted on the Madaba Map.

Description of the Cave 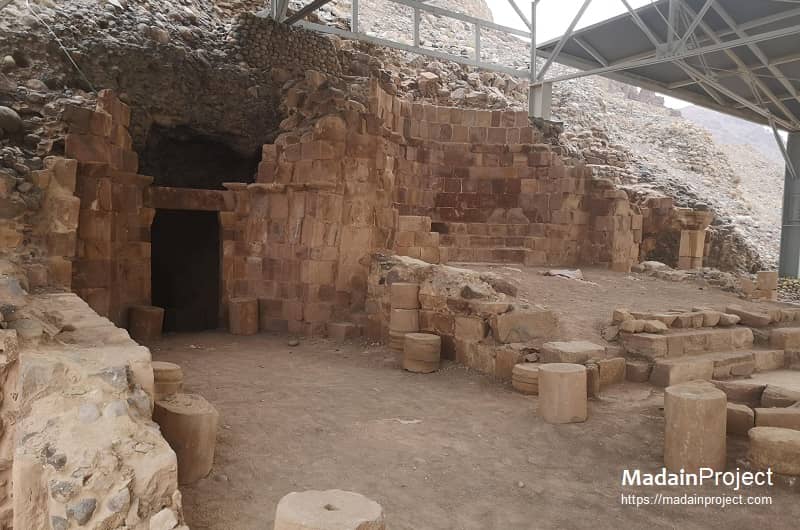 The cave, the entrance to which is actually the north aisle of the church, appears to have been central to the complex's existence. It is a natural one in the slope of the site. Its entrance is preserved to its original height. One graffiti on the plastered wall on the south side of the entrance gave the name, in Greek, of a local Christian woman called Nestasia Zenobia. Another, in Kufic Arabic script, is an Islamic invocation.

Finds within the cave indicate that it has a long history of oc­cupation. The most recent materials recovered date to the early ninth century CE, probably the final habitation of the cave. Under the cave's floor, which is dated to the Byzantine-Abbasid period (fourth-eighth centuries), the excavators found ceramic and glass oil lamps dating to the early Byzantine period, ca. fourth-sixth centuries CE. Beneath this, they uncovered Late Hellenistic-Nabataean vessels from the first century BCE to the first century CE. Still farther down, evidence of Early Bronze and Middle Bronze "habitation" within the cave was unearthed; it consists of a fine ceramic chalice and a copper duck-bill axe-head, belonging to the Middle Bronze Age II period (ca. 1900-1550 BCE). Digging deeper, the excavators found multiple burials surrounded by a stone wall and over a dozen pottery juglets and cups dating from the Early Bronze Age I (ca. 3300-3000 BCE). The ceramics were in association with many burials. Flint tools, a complete jug, a dipper, and drinking cups characteristic of this period attest to an occupational phase to the west in front of the wall. Overall, the archaeological evidence indicates that the cave could have been used as a place of shelter for around five thousand years.

Byzantine Sanctuary of Agious Lot
Remains of the Sanctuary of Agios Lot, which was built during the Byzantine era somewehere between fifth and seventh centuries CE. The monastic site that consists of a basilical church erected at the entrance to a natural cave. Its floors were covered with six mosaic pavements, one dated 572 CE, another April 605 CE, a third May 691 CE. The size of the church, its associated hostel, and inscriptions invoking the name of Lot, all point to this being a place of pilgrimage.

A doorway at the back of the left northern aisle provides access to the cave of Lot. The entrance to the cave is directly behind the central apse of the basilica. A stone bearing the inscription "St. Lot" (inspect) which was found during excavations is evidence for a localization of Lot’s Cave at this place in antiquity. The lintel (inspect) has as engraved cross in the center. This cross is flanked by two rosettes, also with traces of paint. 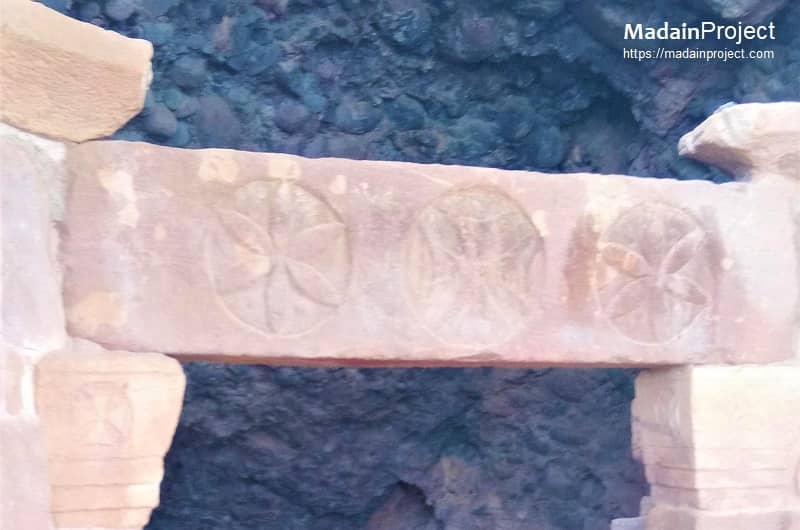