The Jawatha Mosque (مسجد جواثا) is located in the village of Al-Kilabiyah, about 12km northeast of Hofuf, Al-Ahsa, Saudi Arabia. It is believed that the second Friday congregation prayer (salah-t Juma) was offered here, after Masjid an-Nabawi. Originally built in c. 629 CE, seventh year of Hijra, it is considered to be the second mosque of Islam. According to a tradition, the Hajr al-Aswad was kept here for nearly 22 year when it was stolen by Qarmatians in 930 after they sacked Mecca and Medina.

Originally it was built in the seventh year of hijra at the hands of the Bani Abd al-Qays tribe which lived there before and early in the Islamic period. This mosque is believed to be the first mosque built in Eastern Province and is where the second Friday congregation prayer in Islam was offered, the first being held at the Prophet's Mosque in Medina. When the Hajr al-Aswad (Black Stone) was stolen from Mecca by the Qarmatians, it was purportedly kept in this mosque for nearly 22 years.

Most of the mosque's original structure had been lost, prior to its reconstruction. Only five small mud-brick arches remained. These ruins probably date from around the 9th century CE. It was restored in 2007, the original building might have looked somewhat like this as well. The mosque's current structure's design is similar to the design of Masmak fort in Saudi Arabia. The Saudi Commission for Tourism and National Heritage restored the historical Jawatha Mosque, where the second Friday prayer in Islam was held, after sand had covered it. 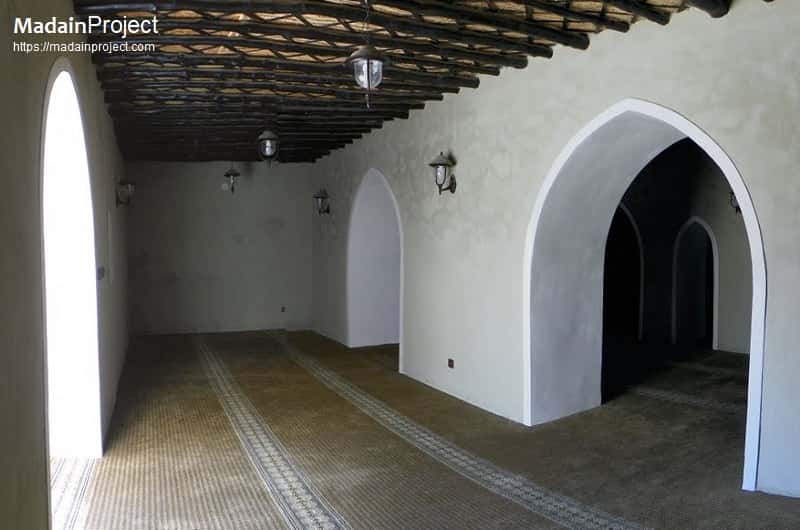