The Seal of Isaiah is a mud bulla bearing the name Isaiah, found in 2009, during the Ophel excavations by Eilat Mazar. According to Dr. Mazar it was part of an assamblage, and it didn't come by it self.

Found in the same layer of soil about three meters away from the seal of King Hezekiahu, it was published in 2018. Rest of assamblage comprised of about 30 bullae in total. Although it attracted the scholars' attention from the very beginning as the inscription on the bulla mentioned someone named Isaiah, who is also a biblical prophet.

Dubbed as "Bulla of Isaiah" it may not have belonged to the Biblical prophet Isaiah. According to Mazar "Without an aleph at the end, the word nvy is most likely just a personal name." The rear of the bulla of Isaiah is very rough and not finished (inspect). 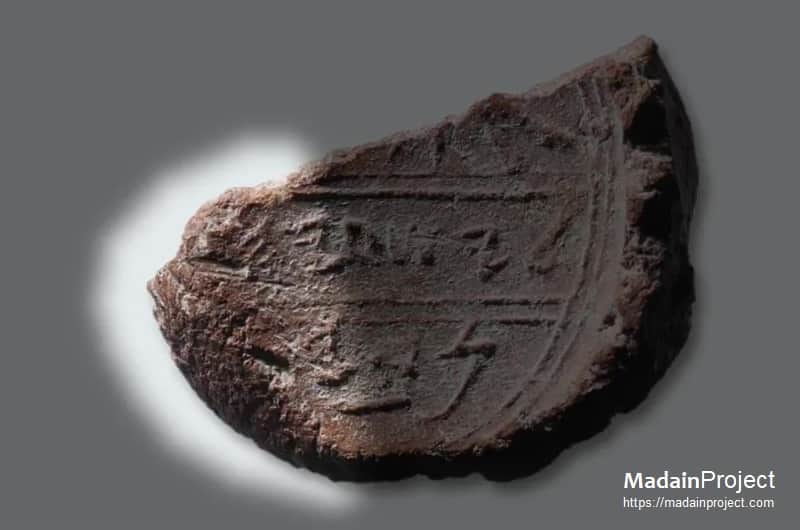 The bulla of Isaiah was demaged when it was originally impressed with the seal. A finger damaged the left side while the impression was being made, which is still visible. A portion of the upper half is also missing, it broke where a cord-tunnel passed through the back. This cord-tunnel was used to attach the seal to the goods or letters it was used to seal. Three segments of the seal are visible.

Upper and Middle Register
Although most of the upper part is missing (inspect), but part of the a motif remains. Dr. Mazar believes it is an image of a grazing doe (inspect), a symbol of prosperity. The middle register reads "belonging to Isaiah". The last letter of the "Isaiah", the Hebrew letter vav is missing. But the preceding letters can only spell one word, "Isaiah". The seal (mud bulla) unquestionably belonged to a man naed Isaiah. The question is if it belongs to "the prophet Isaiah" mentioned in the Biblical narrative. 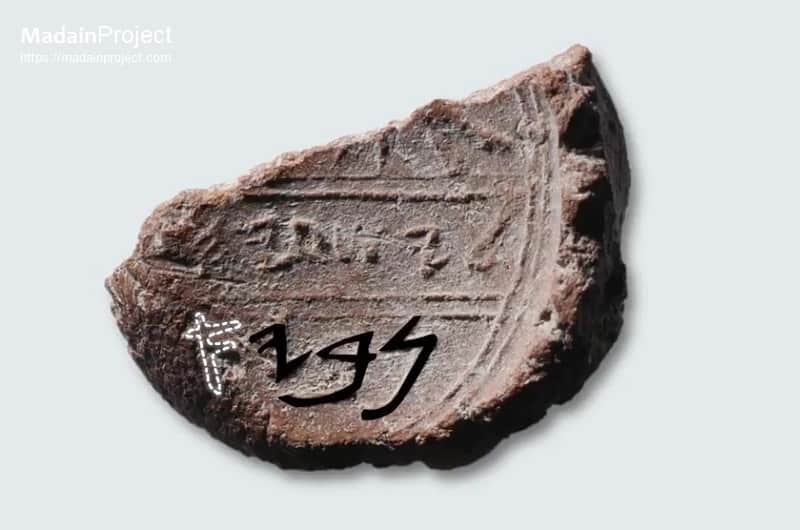 Lower Register
Three letters in the bottom register are clearly visible: nun, beyt, yud. This spells nvy. And the word "prophet" in Hebrew is spelled nvy'. The Isaiah seal is missing the aleph at the end. With an aleph, the bottom register would read: "prophet". Even though the bulla is damaged there is space for a fourth letter. According to archaeologist and epigraphist Reut Ben-Aryeh the missing letter might be and aleph.

Impression Details
During the examination it was found that the borderline is seen only on its right edge and not on the left edge, which means the impression is not complete. If the borderline is completed, there's some space for two more letters in the middle register and for one letter in the lower one. Also usually there is no empty space on a seal, so it makes sense to insert the letters vav, hey and aleph and to suggest that this bulla was impressed by the seal of Yesha'yahu ha nvy'-Isaiah the prophet.

Among all the bullae from the excavation in the Ophel area, this one mud bulla containing the inscription of name Yesha'yahu, so it is very exciting to read in its lower field the letters nun-beyt-yud, which suggest the word nvy', prophet. But there are two problems with this suggestion. First, the word nvy' is usually written with the letter aleph at the end. Second, most of the time in biblical Hebrew, titles after private names appear with a definite article "the", and we don't have that in our bulla. So, it was more reasonable to say that it is a private name-novi or novai- that is known from the Bible, and also from epigraphix findings.