The Gate of Bani Ghanim, (Arabic: Bab al-Ghawanima‎), is located on the north-western corner of Haram al-Sharif (Temple Mount) and it is just underneath the al-Ghawanima Minaret. 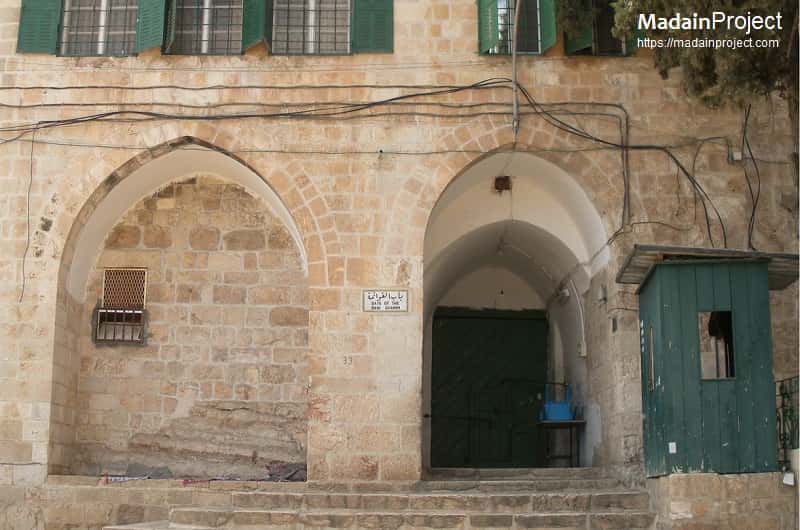 Gate of Bani Ghanim, as seen from within the Haram al-Sharif (Temple Mount). The Gate was last renovated in 1308 CE (707 Hj.). It is a relatively small gate named after the Old City’s Bani Ghanim Quarter to which it leads. In the past, the Gate was called Al-Khalil (Hebron) Gate after Prophet Ibrahim Al-Khalil (Abraham). Modern day street level on this side of Temple Mount is several feet higher than the Temple Mount platform it self. It provides access from Muslim Quater of Old city. The Islamic Waqf Directorate has renovated this gate after an Israeli extremist burnt it in 1998 CE.