A major component of Abd al-Malik's centralization and Islamization measures was the institution of an Islamic currency. The Byzantine gold solidus was discontinued in Syria and Egypt, the likely impetus being the Byzantines' addition of an image of Christ on their coins in 691/92 CE, which violated Muslim prohibitions on images of prophets. To replace the Byzantine coins, he introduced an Islamic gold currency, the dinar, in 693.

Initially, the new coinage contained depictions of the caliph as the spiritual leader of the Muslim community and its supreme military commander. The most consequential of Abd al-Malik's reforms were the introduction of a single Islamic currency in place of Byzantine and Sasanian coinage and the establishment of Arabic as the language of the bureaucracy in place of Greek and Persian in Syria and Iraq, respectively. 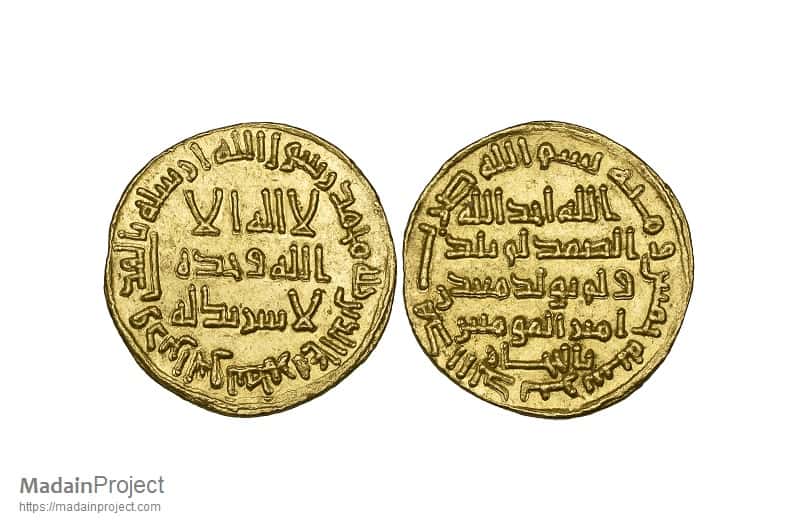 Although the first coins minted contained the depictions of the caliph Ibn Marwan, this image proved no less acceptable to Muslim officialdom and was replaced in 696 or 697 with image-less coinage inscribed with Qur'anic quotes and other Muslim religious formulas. In 698/99, similar changes were made to the silver dirhams issued by the Muslims in the former Sasanian Persian lands in the eastern Caliphate.