Abd al-Malik ibn Marwan ibn al-Hakam (عبد الملك ابن مروان ابن الحكم) was the fifth Umayyad caliph, ruling from April 685 until his death. A member of the first generation of born Muslims, his early life in Medina was occupied with pious pursuits. He held administrative and military posts under Caliph Mu'awiya I (r. 661–680), founder of the Umayyad Caliphate, and his own father, Caliph Marwan I (r. 684–685). By the time of Abd al-Malik's accession, Umayyad authority had collapsed across the Caliphate as a result of the Second Muslim Civil War and had been reconstituted in Syria and Egypt during his father's reign. 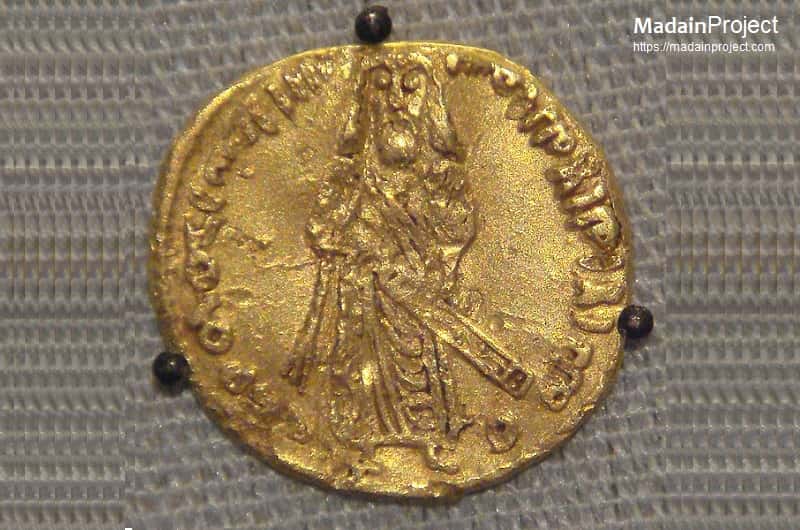 A major component of Abd al-Malik's centralization and Islamization measures was the institution of an Islamic currency. The Byzantine gold solidus was discontinued in Syria and Egypt, the likely impetus being the Byzantines' addition of an image of Christ on their coins in 691/92 CE, which violated Muslim prohibitions on images of prophets. Initially, the new coinage contained depictions of the caliph as the spiritual leader of the Muslim community and its supreme military commander.