The Burning Bush, also known as the living bush, is a bramble plant inside the Saint Catherine’s Monastery complex, Sinai. Following the church tradition, the monks at the monastery believe it to be, infact the original bush seen by prophet Moses.

The living bush on the grounds is purportedly the one seen by Moses. The monastery was built by order of Emperor Justinian I (reigned 527–565), enclosing the Chapel of the Burning Bush (also known as "Saint Helen's Chapel") ordered to be built by Empress Consort Helena, mother of Constantine the Great, at the site where Moses is supposed to have seen the burning bush.

Today it is enclosed inside a wall enclosure. Its scientific name is Rubus sanctus.

Chapel of the Burning Bush 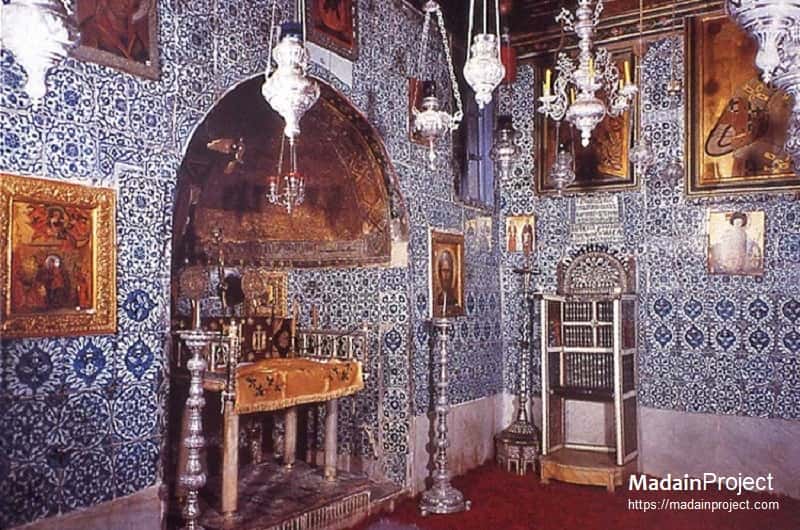 The the apse of the basilica is located where the chapel of the Burning Bush was situated. When the Church or Basilica of Transfiguration was constructed, the small chapel was integrated in to the construction and the bush was transplanted nearby to its current location. The Chapel of the Holy Bush is the most ancient shrine in the monastery, and it was around this site that the first community of Sinai anchorites gathered. The bush was mentioned by Egeria, who came to Sinai in 383-384 CE. The chapel stands at the eastern end of the great basilica. 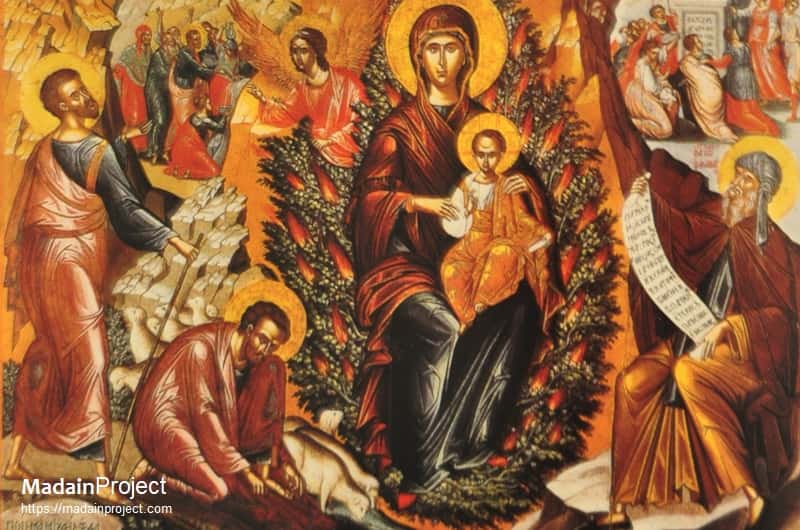 In Christianity the tradition of the Burning Bush has become quite sophisticated and complex over time, with several added elements of theology. In Eastern Orthodox parlance, the preferred name for the event is The Unburnt Bush, and the theology and hymnography of the church view it as prefiguring the virgin birth of Jesus; Eastern Orthodox theology refers to Mary, the mother of Jesus as the Theotokos ("God bearer"), viewing her as having given birth to Incarnate God without suffering any harm, or loss of virginity, in parallel to the bush being burnt without being consumed.

According to the Quran, Moses (Nabi Musa) departed for Egypt along with his family after completing the time period. The Quran states that during their travel, as they stopped near the at-Tur, Musa observed a fire and instructed the family to wait until he returned with fire for them.

When Musa reached the Valley of Tuwa, God called out to him from the right side of the valley from a tree, on what is revered as al-Buq‘ah al-Mubārakah (Arabic: الـبُـقـعَـة الـمُـبَـارَكَـة‎, "The Blessed Ground") in the Quran. Musa was commanded by God to remove his shoes and was informed of his selection as a prophet, his obligation of prayer and the Day of Judgment. Musa was then ordered to throw his rod which turned into a snake and later instructed to hold it.

The Qur'an then narrates Musa being ordered to insert his hand into his clothes and upon revealing it would shine a bright light. God states that these are signs for the Pharaoh, and orders Musa to invite Pharaoh to the worship of one God.