The Masjid al-Uzair (مسجد العزير) in Elzariya was most likely built here in mid fifteenth century CE. In the 16th century CE, the Ottomans built the larger al-Uzair Mosque to serve the town's (now Muslim) inhabitants and named it in honor of the town's patron saint, Lazarus of Bethany, its courtyard is in the Byzantine church atrium. At the site of Lazarus' tomb by 1384, a simple mosque had been built on the site of the existing structures.

The mosque is located right next to the Greek Orthodox Church. The mosque was most recently renovated in 2001 CE. For 100 years after the mosque was constructed, Christians were invited to worship in it, but the practice was frowned upon by European church authorities who preferred for adherents of the faiths to remain separate. As Christian access to the tomb became more difficult, the Franciscans were eventually permitted (between 1566 and 1575) to cut a new entrance into the tomb on the north side. At some point the original entrance from the mosque was blocked. This entrance can still be seen in the east wall of the tomb's antechamber. 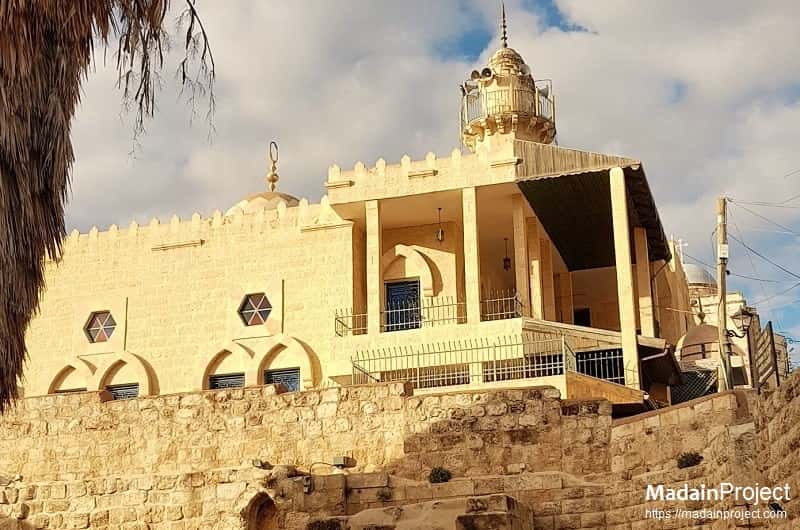