Tomb of Khalid ibn al-Waleed is considered to be a "significant pilgrimage center". Modern shrine of Khalid's tomb contains an ornate dome and interiors that depict over 50 victorious battles that he commanded. Starting in the Ayyubid period in Syria (1182–1260 CE), Homs has obtained fame as home of the purported tomb and mosque of Khalid. The 12th-century CE Arab traveler Ibn Jubayr (d. 1217) noted that the tomb contained the graves of Khalid and his son Abd al-Rahman.

Previous shrine dated back to the medieval times, and was renovated several times over the centuries until it was finally destroyed in the Civil War of Syria. Muslim tradition since the 12th century has placed Khalid's tomb in the city. The building was altered by the first Ayyubid sultan Saladin (r. 1171–1193) and again in the 13th century. During his 17th-century visit to the mausoleum, the Muslim scholar Abd al-Ghani al-Nabulsi agreed that Khalid was buried there but also noted an alternative Islamic tradition that the grave belonged to Mu'awiya's grandson Khalid ibn Yazid (d. 704). 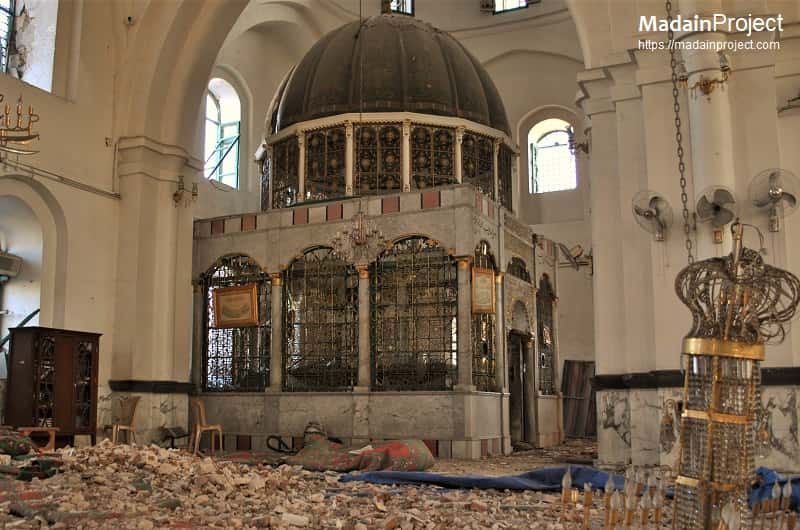