The Mosque of Cristo de la Luz is a former mosque in Toledo, Spain. It is the one of the ten that existed in the city during the Moorish period. The edifice was then known as Mezquita Bab-al-Mardum, deriving its name from the city gate Bab al-Mardum. It is located near the Puerta del Sol, in an area of the city once called Medina where wealthy Muslims used to live.

Built in 999 CE in Toledo, this building is a rarity in that it is in much the same state as it was when it was originally built. The building is a small square structure, measuring roughly 8x8 meters only.

The name "Cristo de la Luz" of the mosque possibly refers to the former Visigothic church, meaning "of the christ of light". It was converted into a church around 1085 CE, when Toledo was taken by the Christians.

An inscription written with brick in Kufic script on the south-west facade reveals the details of the mosque's foundation: "Bismila (in the name of Allah). Ahmad ibn Hadidi had this mosque erected using his own money requesting a reward in paradise for it from Allah. It was completed with the aid of Allah under the direction of Musa ibn Alí, architect and Sa'ada, and concluded in Muharram in 390 Hj." 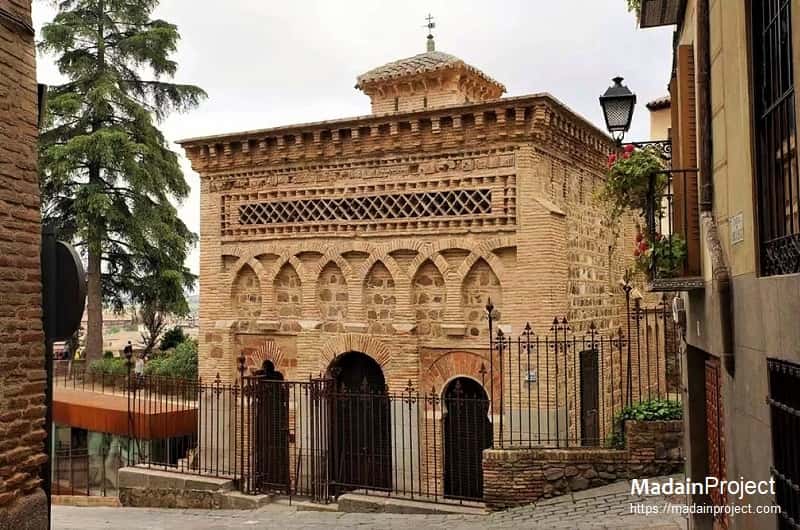 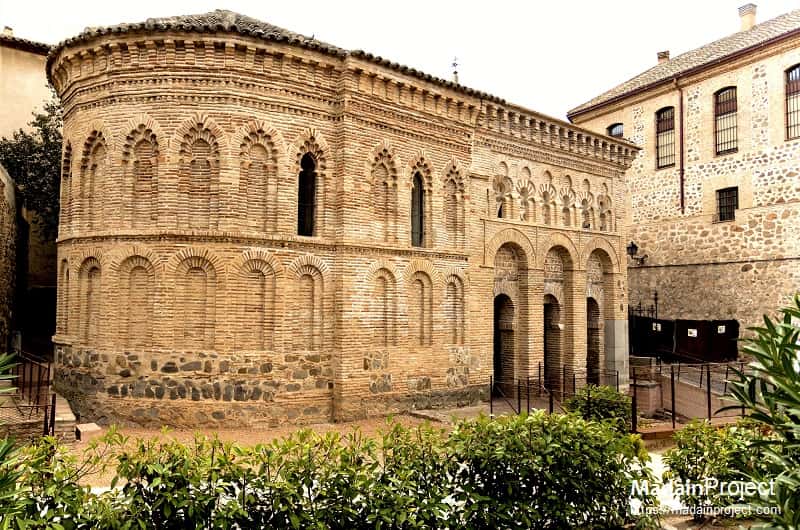 Exterior
The building is constructed of brick and small stones. These techniques are a reflection of both the local building tradition as well as the influence from the caliphate in Córdoba. The influence of the caliphate can be seen in the brickwork on the facade of the building which resembles those seen at the Cathedral–Mosque of Córdoba. Both Mosque of Cristo de la Luz with Cathedral–Mosque of Córdoba are the oldest examples of the islamic culture at Spain.

Interior
Four columns capped with Visigothic capitals divide the interior into nine compartments. Covering each of these bays is a vault that has a distinctive design that is unique unto itself. The central vault is higher than the other ones and acts as a cupola for the structure. Each vault employs the use of ribs to create the designs that make them unique. Each of them follows the basic ideas of Islamic design. The ribs typically do not cross in the center, an idea that is seen in many Muslim designs.