Jameh al-Kabir (The Great Mosque) was an early fourteenth century mosque, which according to the inscription on the eastern side of the minaret was built on the orders of Suleiman al-Nasiri in 1337 CE (738 Hj.).

This minaret is the only identifiable remain of the historic mosque on the southern side of the ancient city of Yibna. In 1244 Mamlukes captured Yavne and converted the Church to a mosque. The Mamlukes controlled the Holy Land until the Ottoman period. Although the church was converted into a mosque, it was still called el-Keniseh by the natives. The mosque itself had an internal measure of 49 feet along a line bearing 109°, with an internal breadth of 32 feet 6 inches. It was divided into two aisles, the southern 16 feet 3 inches in the clear, the northern 12 feet 9 inches in the clear. 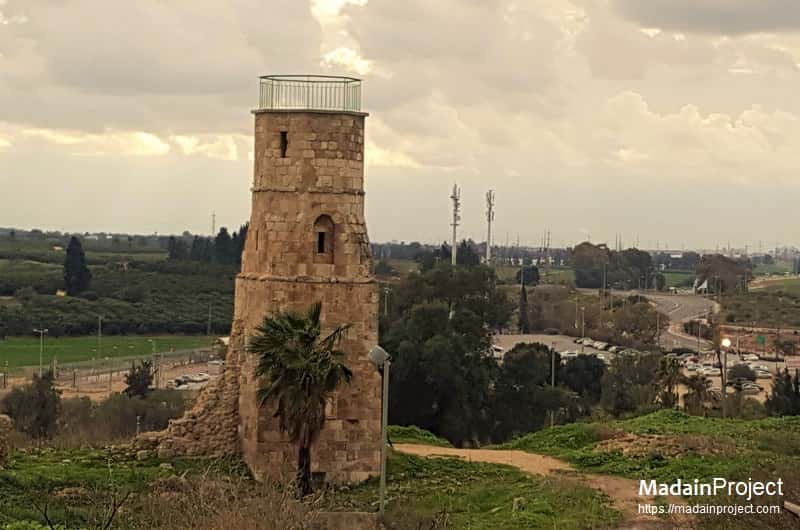 The inscription on the eastern facade of the minaret reads; "In the name of God, the Merciful, the Compassionate. Ordered the construction of this blessed minaret, the one who needs the grace of God Most High, the Mawlawi, the Great Emir Suleiman en Nasiri, in the month Rabi al Akhir, 738 Hj. [November, 1337 CE]". 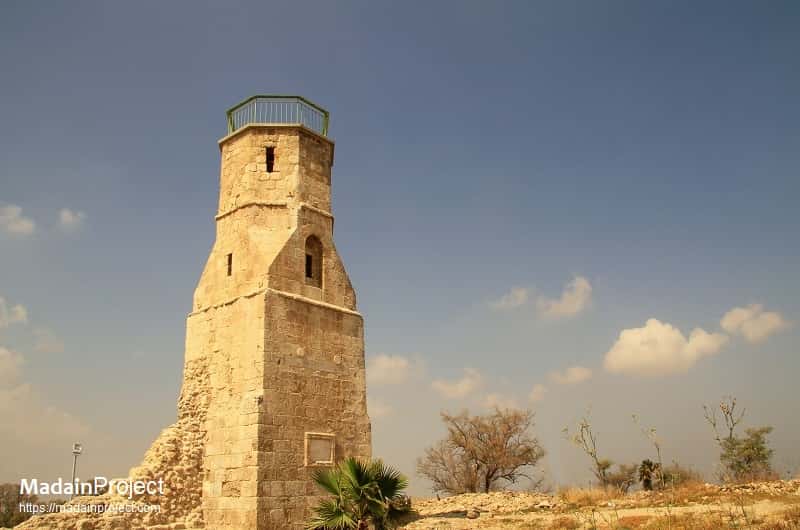