The Imperial Door or the 'Emperor Door' is the door that would be used solely by the Emperor as well as his personal bodyguard and retinue.

The entablature (inspect) of the central portal is constructed in the shape of a metal box, attributed as a coffin. According to legend a Byzantine Empress who was afraid of snakes wanted to be buried in a metal coffin. However, her last will seems to be in vain because of the holes on it. On the coffin, you can see also a relief of a bird on a throne and an open passage from Gospel.

The central portal is the largest door in the Hagia Sophia and has been dated to the 6th century CE. It is about 7 meters tall and Eastern Roman sources say it was made with wood from Noah's Ark. In Byzantine times the door was also known as the Silver Gates as well as the Beautiful Gates. On either side of the door hung an icon of the Savior and one Mary of Egypt and the Theotokos, brought here from the Holy Sepulchre in Jerusalem. Markings 7ft from the floor show where the icons were placed. The door was also known as Door of Repentance. 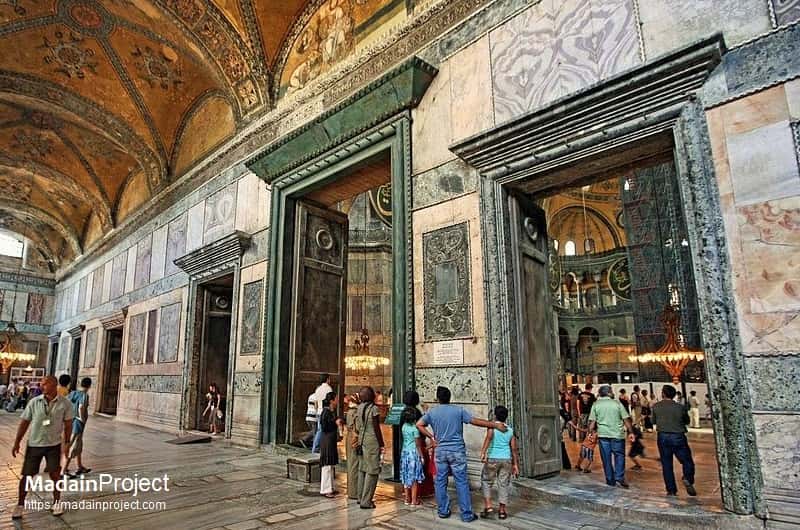 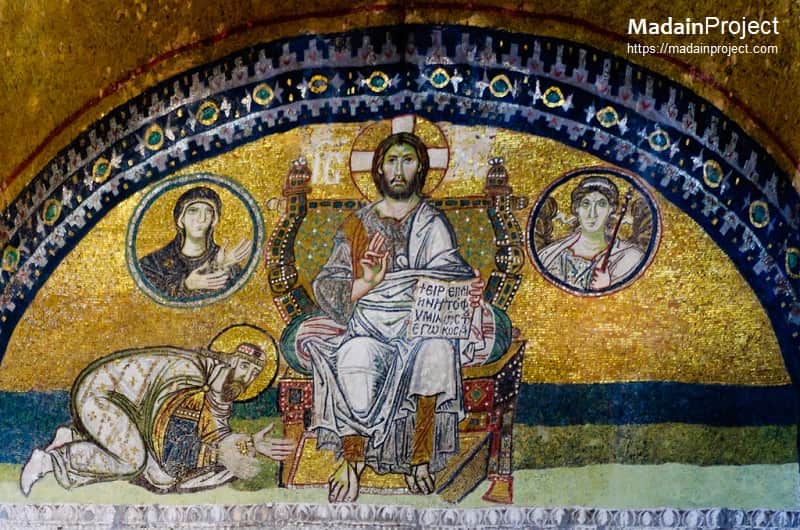 he Imperial Gate mosaic is located in the tympanum above that gate is one of the most notable mosaics of Ayasofya. Based on style analysis, it has been dated to the late 9th or early 10th century. It represents the emperor Leo VI bowing down before Christ Pantocrator, giving His blessing and holding in His left hand an open book. The text on the book reads as follows : "Let peace and safety be with you. I am the peace and glorious light of universe". On each side of Christ's shoulders is a circular medallion : on His left the Archangel Gabriel (founder of the church), on His right His Mother Mary. These mosaics express the timeless power bestowed by Christ on the Byzantine emperors. 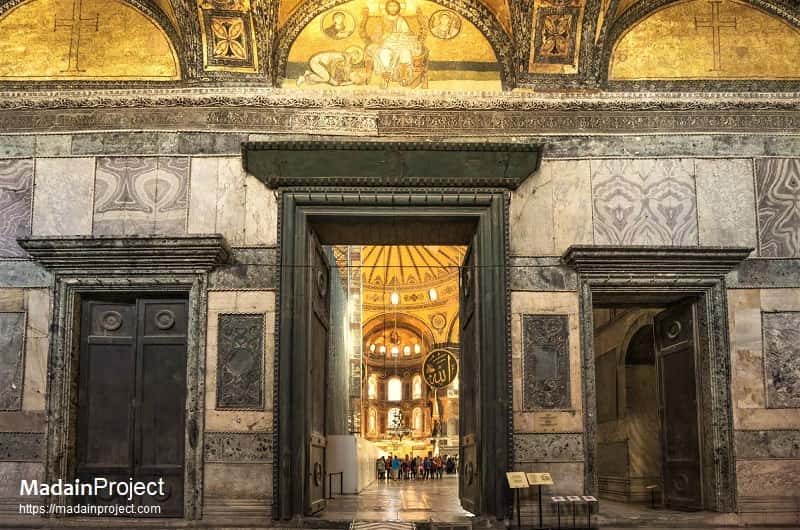