Two open-type mosques were discovered at a large nomadic site in a wide valley, 500 meters east of Be'er Karkom. The discovery of two open-type mosques in this settlement can be explained by its size, it being one of the largest sites dating back to the sixth till eighth centuries CE in the southern Negev Highlands, and by its proximity to Be'er Karkom, one of the few water sources in the region. These mosques have no building on them. They are simply land cleared away and stones laid out, so that the faithful can pray. 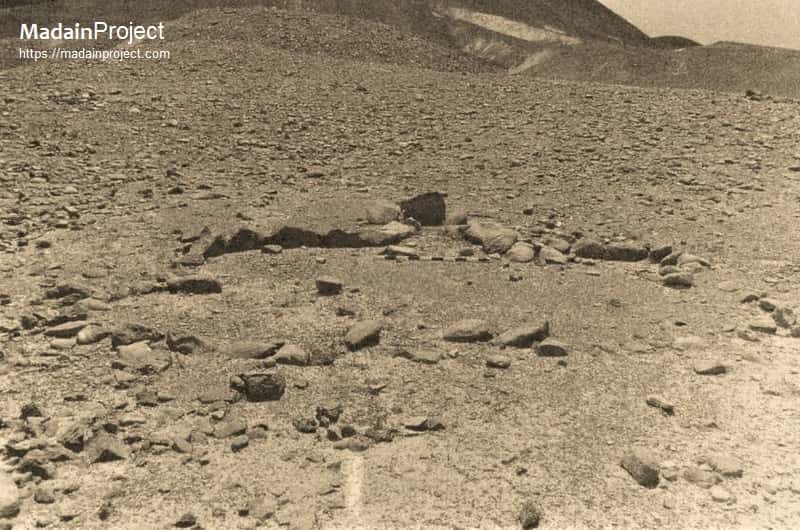 Be'er Karkom Mosque (A)
The open-type mosque of Karkom is located in the middle of the site, near the edge of the wadi. Nearly rectangular in shape, measuring 3.4 x 5.2 meters, it was constructed of medium sized, roughly hewn fieldstones.

The mosque also has a mihrab niche at the midpoint on the southern side (depth 1 meter width 0.9 meter), with a large upright stone (width 0.5 meter, height 0.45 meter) in its interior wall.

Be'er Karkom Mosque (B)
This mosque is situated north-east of the settlement, on a hilltop. Alligned east-west, this mosque has an arc-shaped building line of large stones with a rounded southward-facing mihrab niche (depth 1 meter, width 0.8 meter).