Abbasi Masjid (عباسی مسجد) or Jameh Abbasi (جامعہ عباسی) is situated within the Derawar Fort complex. Having 3 domes at the main building, one at the main entrance and 4 minarets, and was built in 1844 CE. Although built as an exact replica of Moti Masjid at Lahore Fort it more eloborately decorated.

Jameh Abbasi It was constructed on orders of Nawab Bahawal Khan Abbasi in 1849, circa 1222 Hj. The mosque is built out of marble in it's entirity. Its beautifully carved arches, decorative marble work, calligraphy and attention to detail make it no less than any great Mughal mosque. One unique feature of the mosque is a beautiful marble jharoka inside the main arch facing Derawar. Three beautiful pearl like domes rest on the mosque roof.

An aerial view of the Derawar Fort complex with the Jameh Abbasi to the upper right. The mosque is still in a good shape and has been well maintained by the people of Derawar, unlike the Derawar Fort that is in shambles now. Mosque has one large hall and a big courtyard. It can accommodate up to 1000 people, using the court yard. 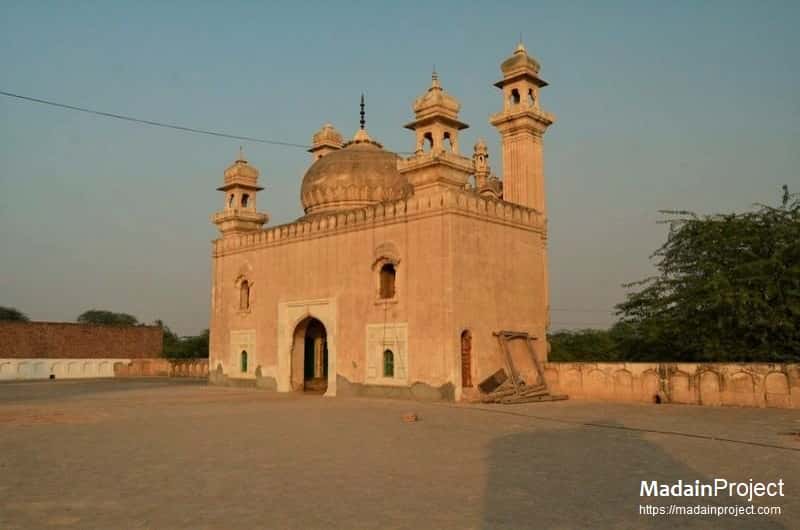