The tomb of Imam Muhammad al-Bukhari, at present located in Hartang Village, 25 kilometers from Samarkand, Uzbekistan, has become one of the main religious tourist destinations in Uzbekistan.

A domed shrine housing the casket of Imam Bukhari located inside of the large courtyard of the main shrine complex. The tomb of Bukhari is part of a completely refurbished shrine just outside of the city of Bukhara. Imam Bukhari is best known for his authoritative collection of the sayings of the prophet Muhammad, but also authored other works on the prohept Muhammad and the transmission of his sayings including a large biographical dictionary of the transmitters mentioned in his hadith collection. 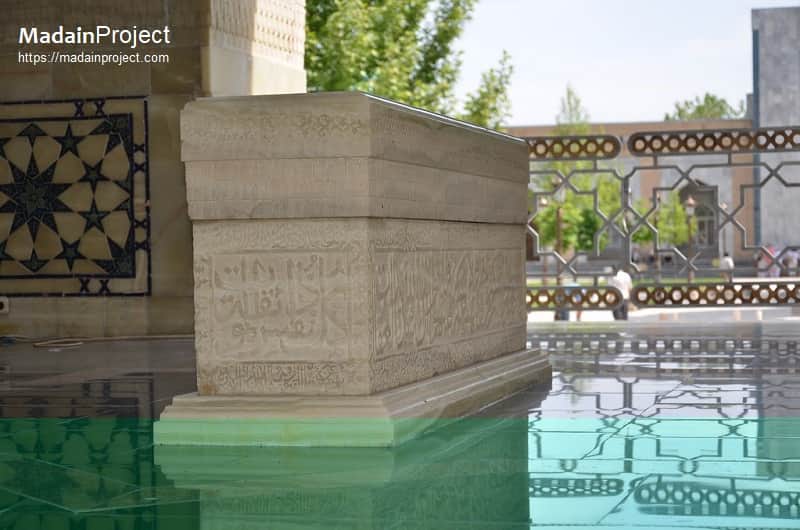 In the center of the central mausoleum is a tombstone coated with light blue onyx, and inscribed with verses from Quran. In the 16th century, a small mausoleum was built above the tomb of Imam al-Bukhari. Beside it a mosque was constructed. In the last years of his life he was obliged to leave Bukhara and settle down in Khortang. Imam al-Bukhari went aloft in 870 and was buried in Khortang village, near Samarkand. 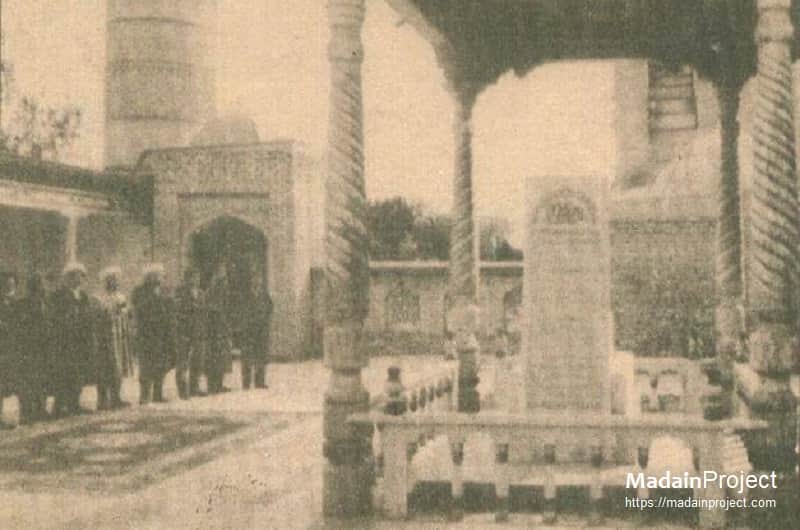 During the Soviet era the tomb of Imam al-Bukhari was neglected in general and forgotten. Bigiyev, arriving at the tomb of Imam Bukhari laments it's dilapidation greatly (read). After the departure of communism, the visitation and interest was revived, and the complex was somewhat restored after it's last late sixteenth century re-building. When found, at the request of Sukarno, the condition of Imam Bukhari's tomb was abandoned and neglected. But for the sake of Bung Karno's visit, finally the Soviet Union Leader instructed that the tomb be restored and beautified.

The Mausoleum of Imam al-Bukhari is in the central part of the complex. Imam al-Bukhari’s Mausoleum is the main dominating structure of the whole complex. On the central axis of the complex stands the mausoleum of Ismail al-Bukhari in the form of a rectangular prism, square at the base area of ​​9x9 meters high 17 meters. The dome of the mausoleum double ribbed, decorated with blue tiles. The walls are decorated with mosaics, majolica, alabaster, onyx and granite, with floral and geometric patterns. In the center of the tomb of a light green onyx.

The Indonesian–Uzbekistan historic relations was started earlier, prior to the independence of Uzbekistan. In 1961, Indonesian President Sukarno has visited the tomb of Imam Bukhari in Samarkand. This special request was made by Sukarno to Nikita Khrushchev during his official visit to the Soviet Union. For the Soviet Union, which at the time was communist, it was certainly not easy to find Imam Bukhari's tomb that had long been forgotten. Various attempts were made by the Soviet Union to find the tomb of the hadith narrator by gathering information from Muslim parents around Samarkand. 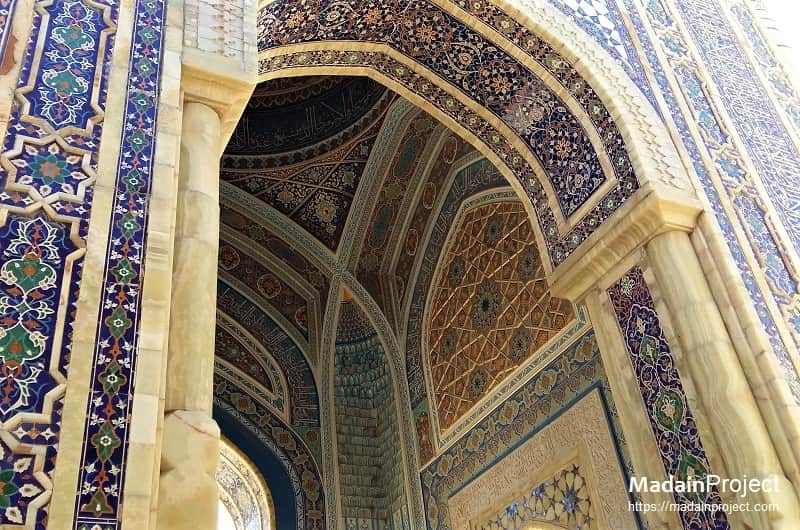 The walls are decorated with light green, blue, and white glazed tiles, marble, onyx and granite.

The grave of this great Muhadith, Imam al-Bukhari is actually inside a small burial crypt (dakhma) below the modern ground level. On the shroud of the grave of Imam Bukhari, a brief account of his life and works is embroidered along with a few prayers from him. The entance to the burial vault (inspect) lies to the right of the mausoleum through a separate stairwell, leading to dakhma (burial vault). 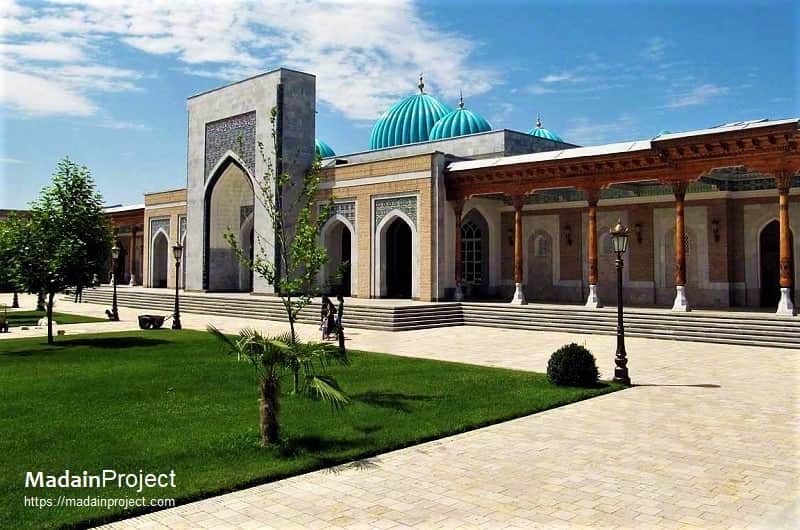 In connection with the 1225th, anniversary of Imam al-Bukhari, according to the decision of the government of Uzbekistan, a new memorial complex was built in 1998 on the location of the old mausoleum. The modern memorial complex of Imam Bukhari consists of a mausoleum, mosque, office building and other structures around the courtyard. The Complex of Imam al-Bukhari takes the area of 10 hectares. The entrance to this remarkable sight is brought via the one-storied building from baked brick. The building includes three portal domes with through arched passages.