The Great Mosque of Aleppo's Citadel, also known as Maqam Ibrahim, is located on the north side of the enclosure close to the retaining wall at one of the highest points on mound. In scholarship it is sometimes referred to as the "Upper Maqam Ibrahim," to distinguish it from the smaller mosque down the hill also dedicated to Abraham known as the Lower Maqam Ibrahim.

The Great Mosque was constructed in 1213-14 CE (610 Hj.) under the patronage of Ayyubid Sultan al-Malik al-Zahir Ghazi. It has a simple, square plan based on a courtyard and prayer hall. The mosque is approached via a paved lane ascending the hill from the Entrance Block and passing by the Lower Maqam Ibrahim Mosque. The building is entered through a small porch near the mosque's northeast corner, just under its imposing square minaret.

This entrance gives onto a square courtyard surrounded on three sides by vaulted aisles. On the south side of the courtyard is a rectangular prayer hall one bay deep and five bays wide. The central bay preceding the mihrab is domed. The combination of courtyard and long, shallow prayer hall with domed nave is found in a number of congregational mosques in Syria and northern Mesopotamia and derives from the plan of the Umayyad Mosque of Damascus. 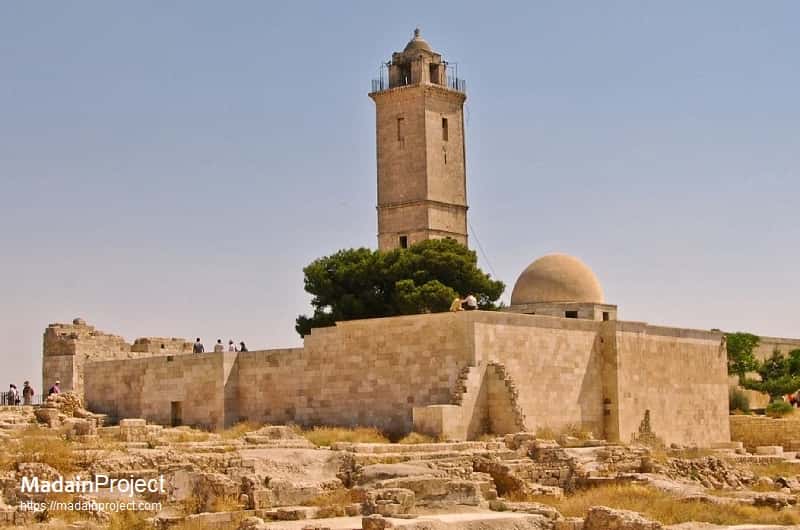