Hagia Irene or Hagia Eirene (Byzantine Greek: Ἁγία Εἰρήνη meaning "Holy Peace", Turkish: Aya İrini), sometimes known also as Saint Irene, is a Greek Eastern Orthodox church located in the outer courtyard of Topkapı Palace in Istanbul. It is one of the few churches in Istanbul that has not been converted into a mosque, as it was used as an arsenal for storing weapons until the 19th century.

The church was dedicated to the peace of God, and is one of the three shrines which emperors devoted to God's attributes, together with Hagia Sophia (Wisdom) and Hagia Dynamis.

The building reputedly stands on the site of a pre-Christian temple. It ranks as the first church completed in Constantinople, before Hagia Sophia, during its transfiguration from a Greek trading colony to the eastern capital of the Roman Empire. According to later tradition, the Roman emperor Constantine I commissioned the first Hagia Irene church in the 4th century, which was completed by the end of his reign (337 CE). It served as the church of the Patriarchate before Hagia Sophia was completed in 360 under Constantius II. During the Nika revolt in 532, Hagia Irene was burned down. Emperor Justinian I had the church rebuilt in 548. It was then damaged again by the 740 Constantinople earthquake on October 20, 740, about six months before the death of Leo III. 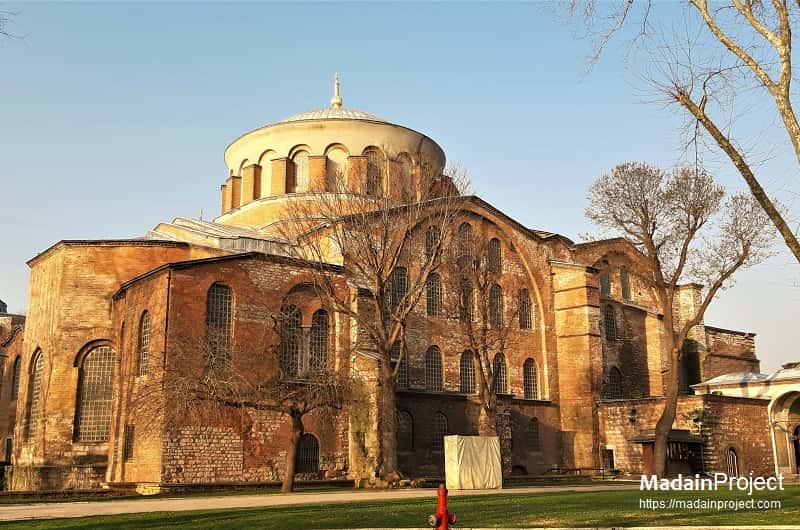 Reconstruction during the reign of Justinian I shows change in the architecture of the atrium and narthex, which stayed intact after the earthquake. Restoration after the earthquake created a stronger foundation for the church. Before being rebuilt, the foundation had significant structural problems. This restoration established a cross-domed plan on the gallery level while still being able to keep the original basilica plan at the ground level. After the Ottoman conquest of Constantinople in 1453 by Mehmed II, the church was enclosed inside the walls of the Topkapi palace. 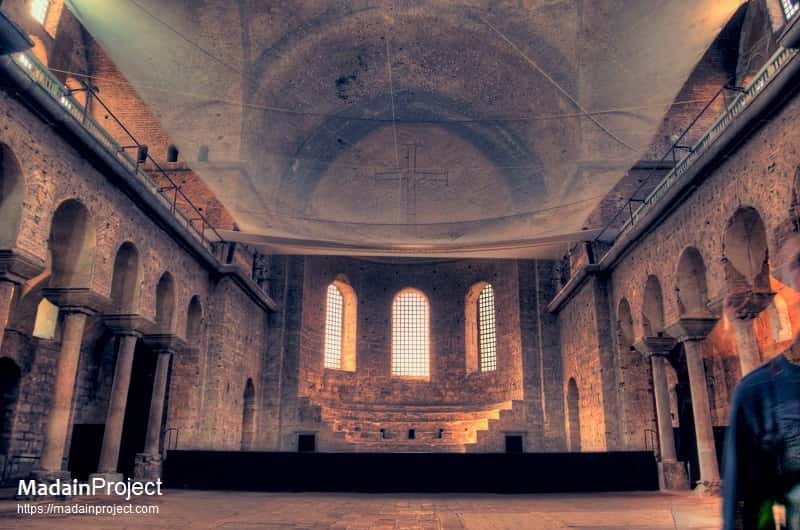 In Byzantine tradition, there is a unique vestige of the Iconoclastic art within the church. The apse semidome and the bema arch are covered with mosaics. There are also the frescoes which can be found on the south side aisle. These mosaics date back to about the 8th century. This was during the time of the earthquake which most of the upper parts of the church can date back to. There is a mosaic of a cross (inspect) in the apse, which is outlined in black with a gold background. Hagia Irene also holds a synthronon. Synthronons are rows of built benches that are arranged in a semicircle in the apse. During Divine Liturgy this is where the clergy would sit. 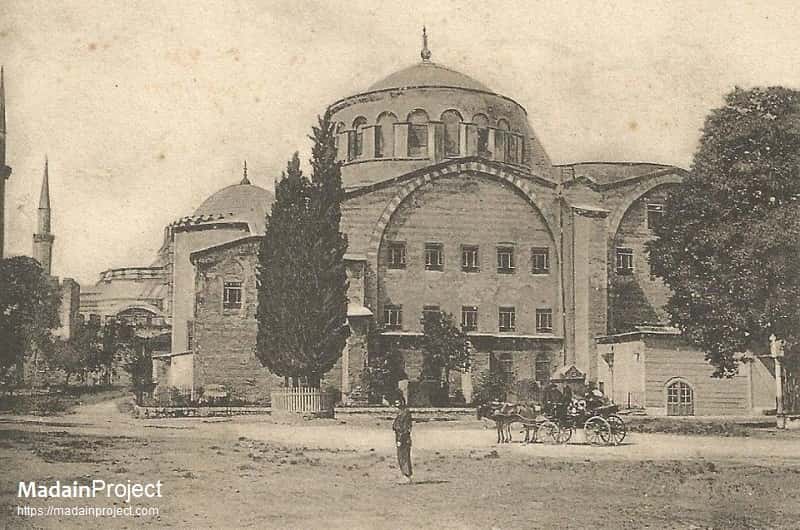 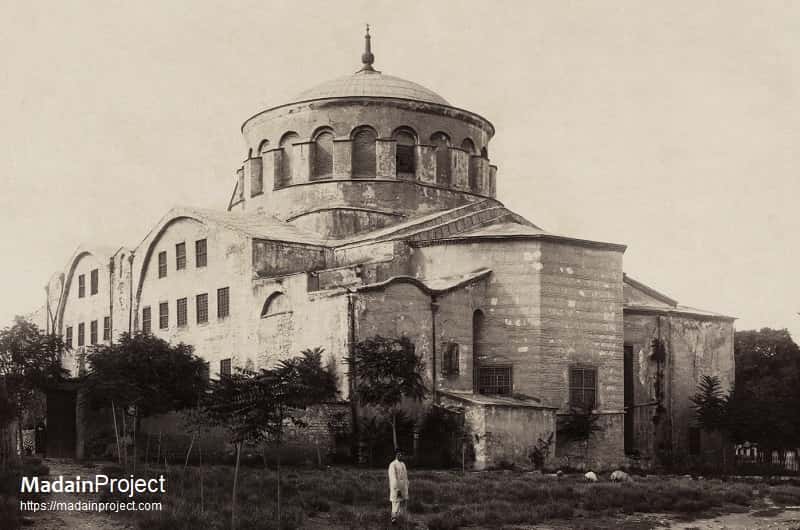 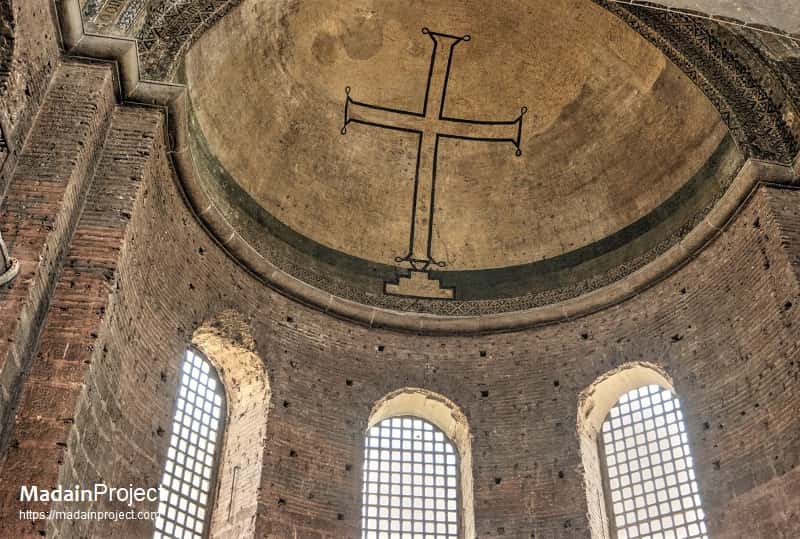