White Chapel of Senusret I

The White Chapel of pharaoh Senusret I, also referred to as the Jubilee Chapel of Senusret I, was built during the Middle Kingdom of Egypt. It was a small limestone bark shrine built by one of the earliest known kings to add to the temple of Amun-Ra at Karnak.

APA
White Chapel of Senusret I (n.d.). Retrieved on January 22, 2022, from https://madainproject.com/white_chapel

White Chapel of Senusret I is made of limestone. Its columns hold reliefs of a very high quality, which are hardly seen elsewhere at Karnak, and depicts Pharaoh Senusret being crowned and embraced by gods Amun, Horus, Min and Ptah.

Now located in the Open Air Museum at Karnak, its original location within the Karnak temple complex is still a matter of debate. The building was oriented on a North-South direction, with a stepped ramp on each side.

During the reign of 12th Dynasty kings Amenemhat III or Amenemhat IV, the white chapel was converted into a bark shrine. Despite this change in function during the 12th dynasty, the shrine probably remained in its original location, later subsumed within the festival hall of Thutmose II.

Amenhotep III dismantled the white chapel during his renovation of the area around the festival hall of Thutmose II and used it as fill in his newly constructed Pylon III. Between 1927 and 1930 all of the pieces were carefully removed and assembled into the building that is seen today.

Plan
The building is an almost square (6.8 x 6.45 metres) platform with a shallow staircase with a central ramp at either end. The sunk relief scenes on the east and west sides of the chapel’s base depict personifications of the Nile, lakes and other chapels. The shrine has four interior pillars surrounded by a peristyle of twelve pillars. The columns all measure 2.6m height and are 0.6m across and 0.6m deep. The platform on which the columns rest is 1.2m high and almost square at 6.8m by 6.5m.

Barque Pedestal
The altar within the chapel today is of rose granite and probably dates to the time of Amenemhat III or Amenemhat IV. At first it was assumed that it was a barque shrine, where the boat carrying the statue of the god would rest temporarily, and it has been restored with a pink granite pedestal of the appropriate height. However, the pedestal is inscribed with the names of Amenemhat III and Amenemhat IV who reigned a century or more after Senwosret. 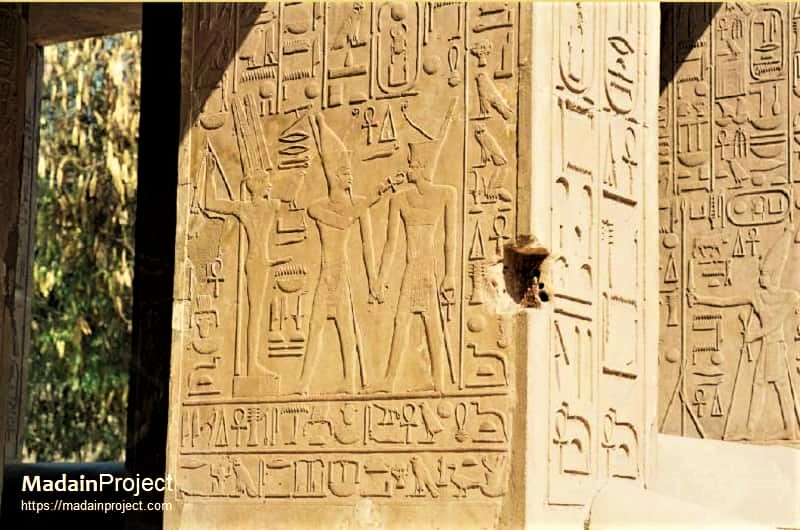 Relief Decorations
Traces of red, blue, and white paint can still be found on the columns and hieroglyphs. Its decoration records the jubilee (heb-sed) festival of Senusret I in raised relief. The pillars are decorated with relief work of exceptionally high quality, typical of the Senwosret’s works. The central theme in the decoration of the pillars involves the pharaoh and Amun who takes the form of the fertility god Min. He wears a double feather crown on his head and carries a flail, a symbol of kingship. 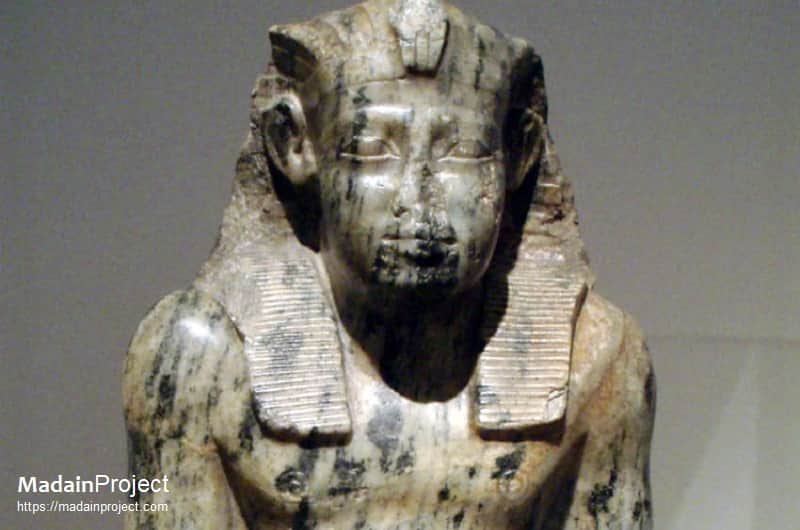 Senusret I, the original builder of the White Chapel, was the second pharaoh of the Twelfth Dynasty of Egypt. He ruled from 1971 BCE to 1926 BCE (1920 BCE to 1875 BCE), and was one of the most powerful kings of this Dynasty. He was the son of Amenemhat I. Senusret I was known by his prenomen, Kheperkare, which means "the Ka of Re is created". Senusret I dispatched several quarrying expeditions to the Sinai and Wadi Hammamat and built numerous shrines and temples throughout Egypt and Nubia during his long reign. He rebuilt the important temple of Re-Atum in Heliopolis which was the centre of the sun cult, including this White Chapel. 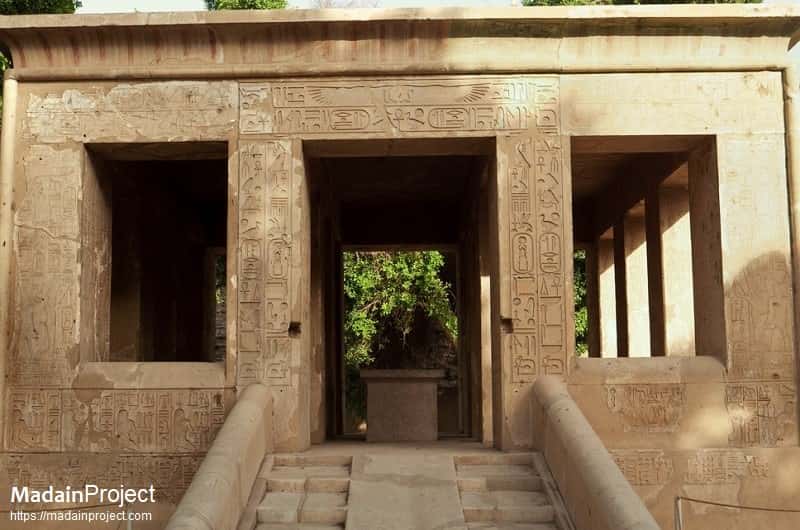