Mary's Well, or "Ain Maryam" (عين العذراء), is located in the center of the downtown Nazareth, on the main road. According to the biblical tradition, this was the place where Virgin Mary, Mother of Jesus, was announced by the angel Gabriel that she will have a son.

This structure is actually a modern water trough, which was built over the ancient trough, which was used by the women and animals as drinking water. The well gets its water by pipes from a natural spring about 200M north of the well, and was used throughout the ages. This current structure dates back to the 1960s. Current structure of the well is a non-functional reconstruction inaugurated in 2000 CE, the traditional Mary's Well was a local watering hole, with an overground stone structure.

The earliest written account that lends credence to a well or spring being the site of the Annunciation comes from the Protoevangelium of James, "And she took the pitcher and went forth to draw water, and behold, a voice said: 'Hail Mary, full of grace, you are blessed among women.'" However, the Gospel of Luke does not mention the drawing of water in its account of the Annunciation. 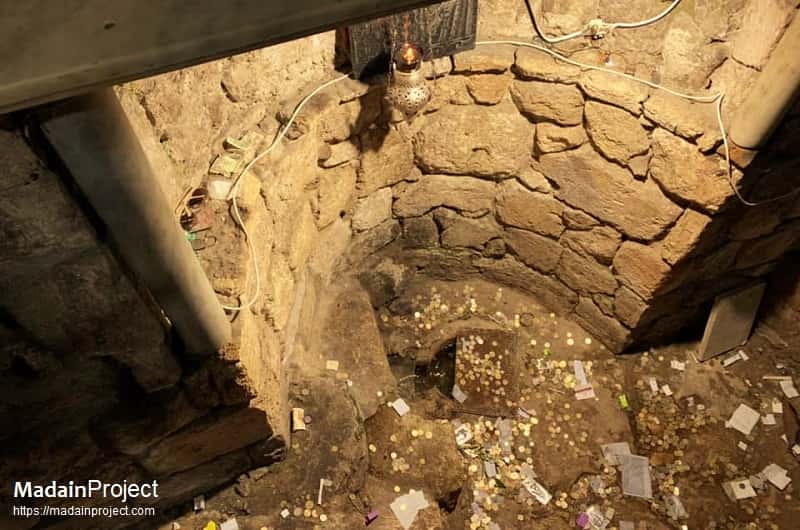 The spring inside the Greek Church of Annunciation which is belied to have fed the Mary's well through the water channels. Today the flow of this spring is very gentle. Found just below the Greek Orthodox Church of the Annunciation in modern-day Nazareth, the well was positioned over an underground spring that served for centuries as a local watering hole for the Palestinian villagers.

The western exposure of the remnants, today well gets its water through pipes from a natural spring about 200 meters north of the well. The Koran records a spirit in the form of a man visiting a chaste Mary to inform her that the Lord has granted her a son to bear, without referencing the drawing of water, but records a stream of water coming up from the ground at her feet when she was giving birth of Jesus in the same passage of the Koran: Sura 19:16-25.

The remnants of the water channels, discovered in 1997-98, behind the structure that used to carry water from the spring some 200 meters today situated within the Saint Gabriel's Greek Orthodox Church. Recent excavations (1997-98) discovered a series of underground water systems and suggested that the site today known as Mary’s Well served as Nazareth's main water supply from as early as Byzantine times. Despite having found Roman era potsherds, Alexandre's report claimed hard evidence of Roman-era use of the site was lacking.

A close up of the modern water trough. The Catholic Church believes the Annunciation to have taken place less than 0.5 km away at the Basilica of the Annunciation, a now modern structure which houses an older church inside of it that dates from the 4th century.

It has been renovated a number of times. At least twice in last fifty years, once in 1967 and once in 2000, the current structure is a symbolic representation of the structure that was once in use. An underground spring in Nazareth traditionally served as the city’s main water source for several centuries, possibly millennia; however, it was not always referred to as "Mary's well" or "Mary's spring". 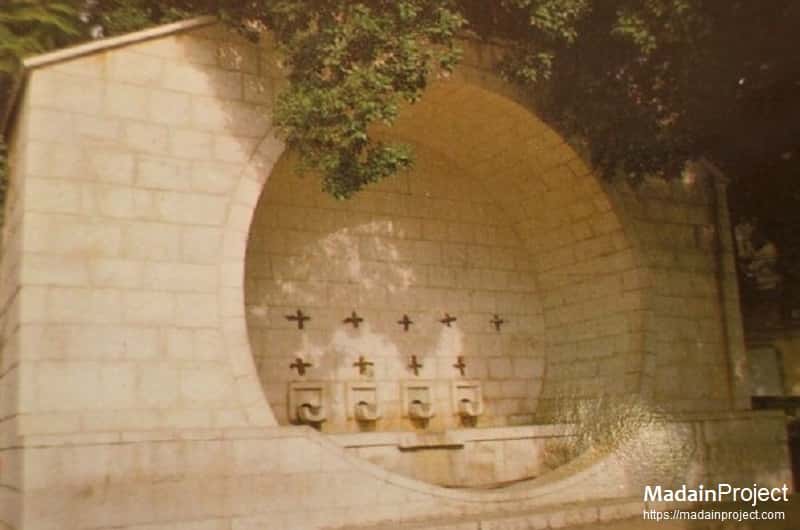 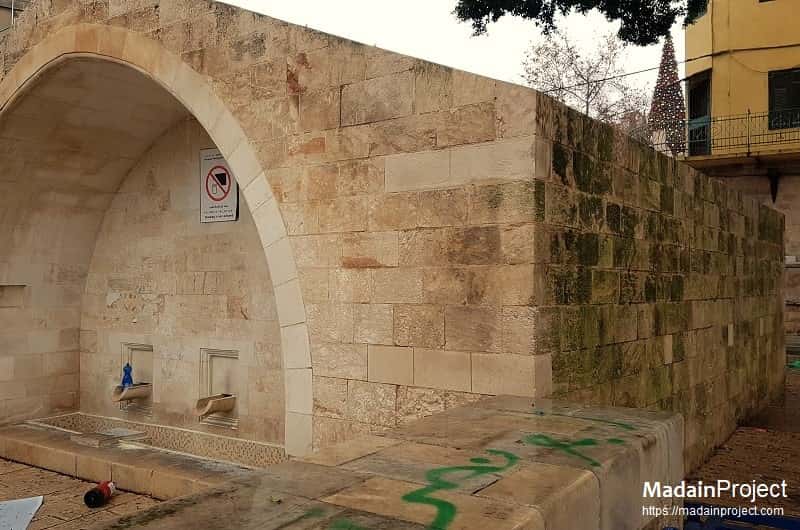