The Trumpeting Place inscription is an inscribed stone from the 1st century CE discovered in 1968 by Benjamin Mazar in his early excavations of the southern wall of the Temple Mount.

The Trumpeting Place inscription in its current location in Israel Museum. The piece measurs 84 cm in length, 31 cm in heigh and 26 cm in width. The stone, showing just two complete words (לבית התקיעה, "lebeit hatekiya") written in the Square Hebrew alphabet, was carved above a wide depression cut into the inner face of the stone.

The replica of Trumpting Stone at the Herodian Street where the original was found, now in Israel Museum. It is believed to be a directional sign for the priests who blew a trumpet announcing the beginning and end of the Shabbat in the Second Temple period. It (illustration) is thought to have fallen from the southwest corner of the Temple Mount to the street below prior to its discovery. 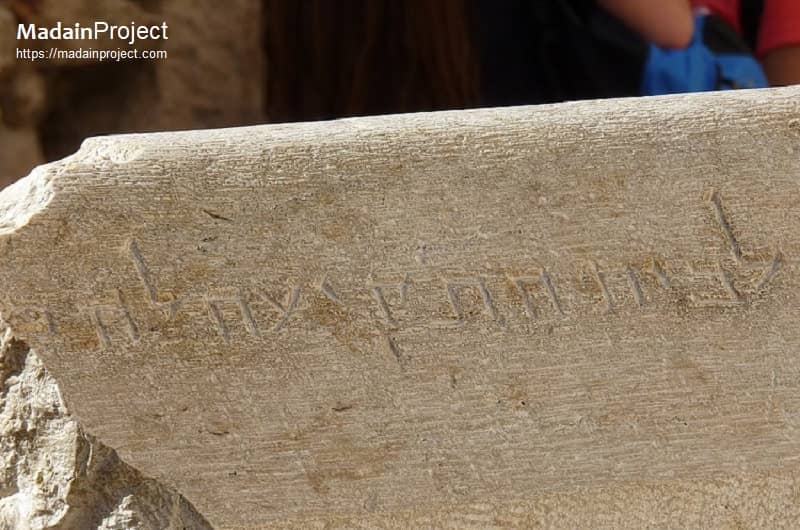 The first word is translated as "to the place" and the second word "of trumpeting" or "of blasting" or "of blowing", giving the phrase "To the Trumpeting Place". The subsequent words of the inscription are cut off. The third word (...לה), which is incomplete, has been interpreted as either "declare" or "distinguish", giving either: "to declare [the Sabbath]" or "to distinguish [between the sacred and the profane]". 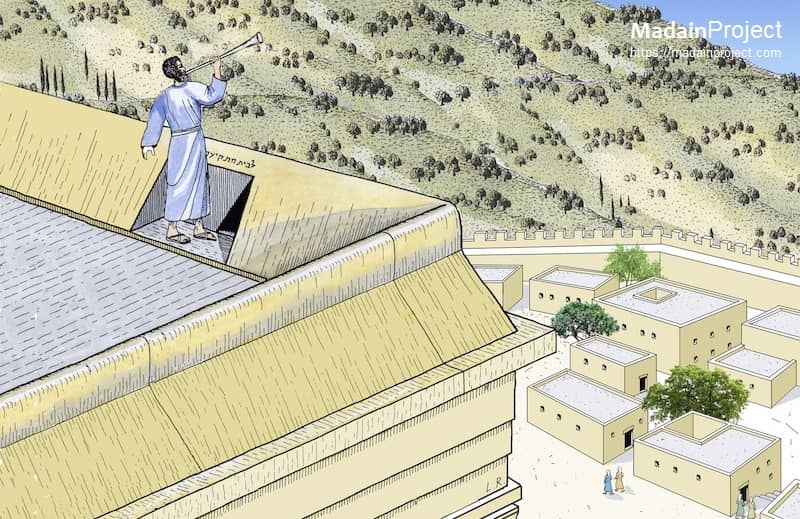