The Tower of Jericho, in Tell es-Sultan (تل السلطان) is an 8.5 metres tall (28 ft) stone structure, built in the Pre-Pottery Neolithic A period around 8000 BCE. It is among the earliest stone monuments of humanity. Recent studies by Ran Barkai and Roy Liran from Tel Aviv University have suggested astronomical and social purposes in the construction of the tower.

APA
Tower of Jericho (n.d.). Retrieved on January 18, 2022, from https://madainproject.com/tower_of_jericho

Kathleen Kenyon discovered the tower built against the frtification wall inside the town during excavations between 1952 and 1958, in trench I. The tower highlights the importance of Jericho for the understanding of settlement patterns in the Sultanian period in the southern Levant. The Tower has been interpreted as a fortification, an anti-flooding system, a ritual centre and a political symbol of communal power and territorial claim.

Kenyon provided evidence that both, the wall and the tower, constructions dated much earlier, to the Neolithic, which is the latest part of the Stone Age, and were part of an early proto-city.

Most spectacular finds at Jericho, however, do not date to the time of Joshua, rather roughly the Bronze Age (3300-1200 BCE), but rather to the earliest part of the Neolithic era, before even the technology to make pottery had been discovered.

Barkai argues that the tower, with its connections to astronomical events, was built as a symbol of the community's strength and cohesiveness, in an era when humans were still adjusting to a settled life.

Construction
Conical in shape, the tower is almost 9 metres (30 ft) in diameter at the base, decreasing to 7 metres (23 ft) at the top with walls approximately 1.5 metres (4.9 ft) thick. The construction of the tower is estimated to have taken 100 working days. The tower along with the wall may have served as a defence against flood-water, with the tower used for ceremonial purposes as well. The Neolithic wall was complemented by a stone tower built into it. 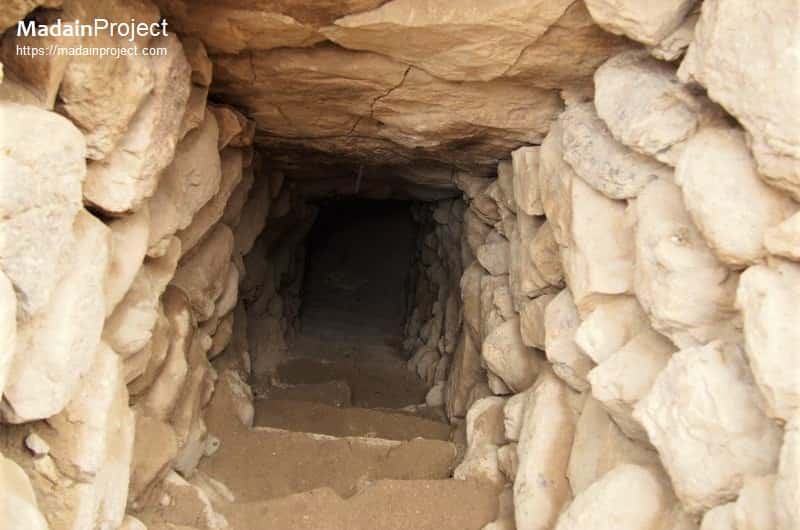 Central Staircase
Built during the Pre-Pottery Neolithic A (PPNA) period around 8000 BCE, the undressed stone tower, placed in the centre of the west side of the tell, contained an internal staircase with 22 stone steps. These stair steps are the first known staircase up to the top, made by flat cut blocks of limestone. The high quality of masonry work clearly shows that this was the work of a new people, with a long tradition in stone masonry.

Speculation persists about the purpose of the tower and it may have had several purposes. Archaeologists Ran Barkai and Roy Liran used computers to reconstruct sunsets and recently found that when the Tower of Jericho was built, nearby mountains cast a shadow on it as the sun set on the longest day of the year. The shadow fell exactly on the structure and then spread out to cover the entire village of Jericho.

Barkai argues that the structure was used to create awe and inspiration to convince people into a harder way of life with the development of agriculture and social hierarchies. He concluded: "We believe this tower was one of the mechanisms to motivate people to take part in a communal lifestyle". For the tower, carbon dates published in 1981 and 1983 indicate that it was built around 8300 BCE and stayed in use until c. 7800 BCE.

Some early theories had also suggested the tower provided defense or flood control. But those ideas were abandoned as it became clear that Jericho faced no serious risk from either warring neighbors or surging rivers.

Jericho During Pre-Pottery Neolithic A

Although the identity and number of the inhabitants of Jericho during the PPNA period is still under debate, it is speculated that the wall and tower would have taken a hundred men more than a hundred days to construct, thus suggesting some kind of social organization, division of labour, and classes.