Tomb of Samuel (Mosque of Samuel)

Known as Tomb of Samuel or Mosque of Samuel this site was identified by a 6th-century Christian author as Samuel's burial place, and it has been traditionally been associated as such by Jews, Christians and Muslims. According to the Bible, however, the prophet is buried at his hometown, Ramah.

APA
Tomb of Samuel (Mosque of Samuel) (n.d.). Retrieved on January 18, 2022, from https://madainproject.com/tomb_of_samuel

Building is actually a mosque from Mameluke era, c. 1730 CE, was damaged during the battle between British and the Turks 1917 CE, and restored in c. 1912 CE. It is the traditional burial site of the biblical Hebrew and Islamic prophet Samuel, atop a steep hill. On the site is a building containing a mosque built in the 18th century that was formerly a church. 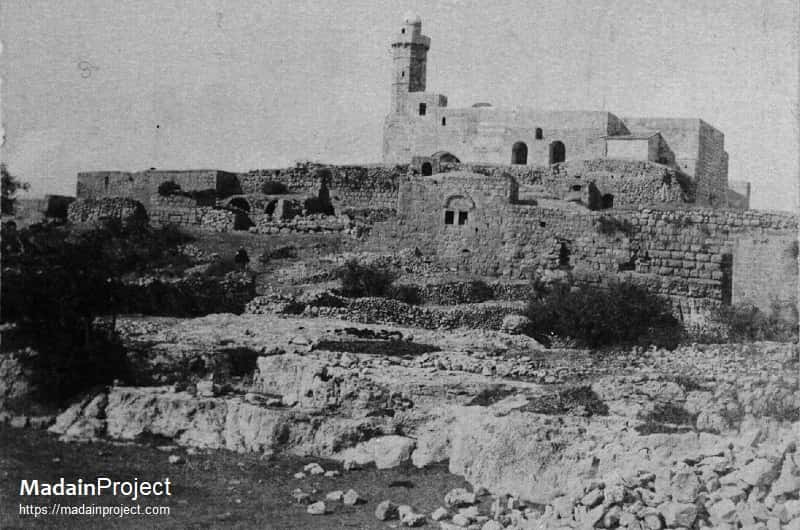 Prophet Samuel was one of the most important prophets in the Bible, who is said to have shifted the leadership of the Israelites from the judges to the Kings. He anointed the first King - Saul - with Holy Oil on his head. Afterwards, Samuel anointed King David, thus establishing the royal Davidic line ("Royal house of David"). 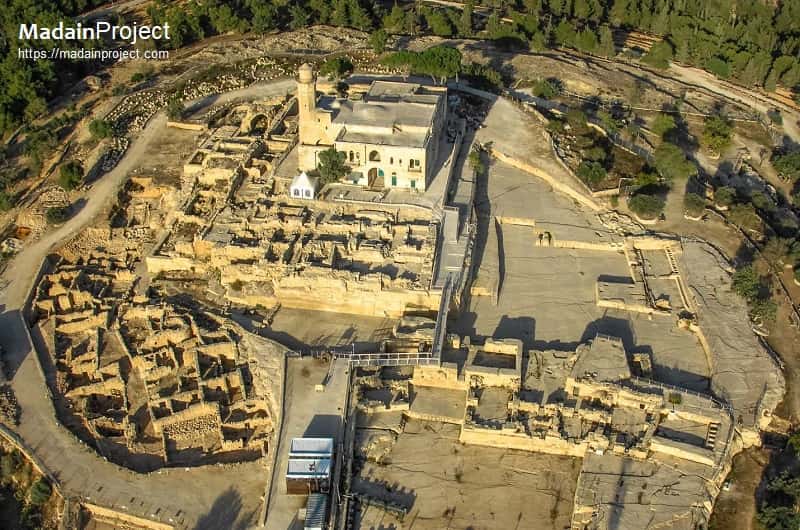 Mosque
The mosque is located on the south-east corner, under the tall minaret tower (inspect). A prayer niche (Mihrab) is located on the south wall. The interior of the mosque preserved the architectural features of the Crusaders Church, with its Romanesque style design, noted for its immense rounded arched halls. On the southern side of the inner hall is a plain mihrab; the Arabic prayer niche which faces Mecca. On the north side is a staircase which leads to the second level.

Burial Crypt
The traditional tomb of Samuel is located in an underground chamber, which is reached by a staircase (inspect) from the north side. Its location was once the crypt of the Crusaders church. The Jewish synagogue is located on the north side, with the women's section on the ground floor and the men's section in the cellar.

High Place of Gibeon
This might also be the "high place of Gibeon" where King Solomon made an offering and had a dream, asking God for wisdom rather than long life and riches (1 Kings 3 4-5): "And the king went to Gibeon to sacrifice there; for that was the great high place: a thousand burnt offerings did Solomon offer upon that altar. In Gibeon the Lond appeared to Solomon in a dream by night: and God said, Ask what I shall give thee". 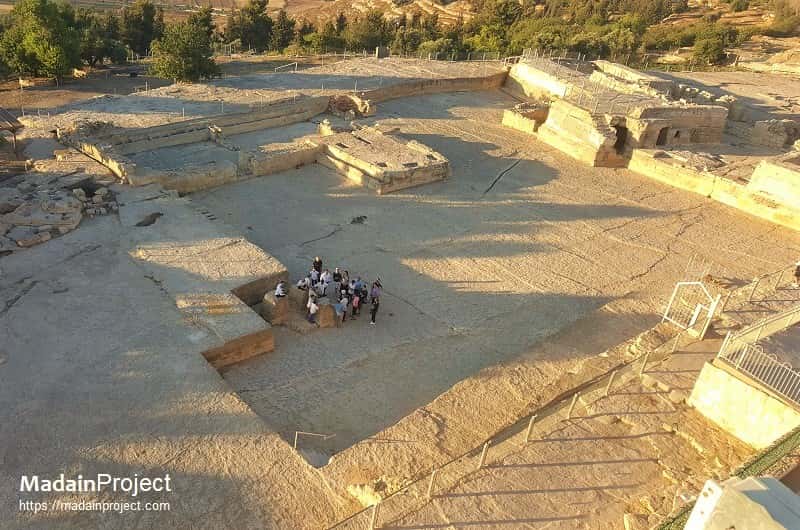 Crusader Camp
North of the fortress compound a large, rock-cut camping area (47 x 37 m.) was prepared for use by the crusader army, and by groups of pilgrims. It had stables with rock-cut troughs in its eastern part, and a hostel for pilgrims was built on a bedrock terrace. This compound was protected in the east by a watchtower erected on a large square base hewn out of the bedrock. 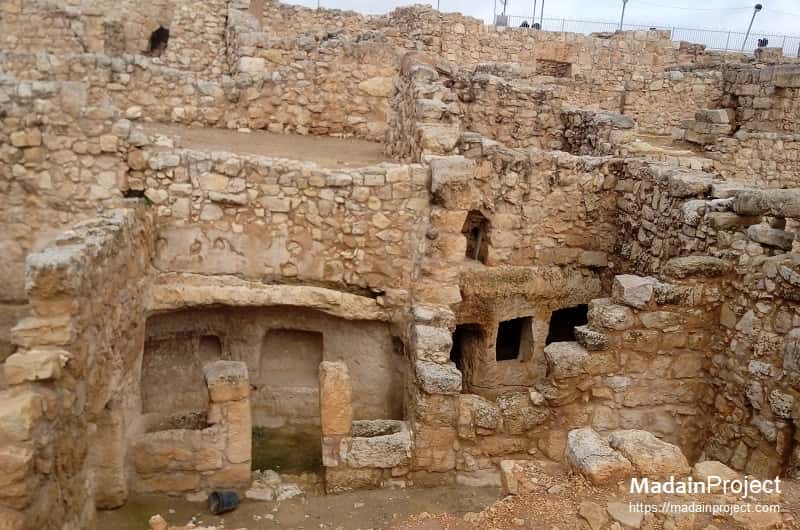 Hasmonean Quarter
During the extensive archaeological excavations held in Nebi Samuel, the excavators found a surprising large quarter under the Ottoman and Crusader layers. It was dated to the Hasmonean period - from the 2nd century BCE to the 1st century BCE. This section is located on the south side of the mosque, since the Crusaders totally cleaned the other sides. The archaeologists reconstructed a section of a village, with well preserved houses and streets. This village existed until the end of reign of King Alexander Jannaeus (Hasmonean King, 103-76 BCE), when suddenly the site was evacuated for yet unknown reason. 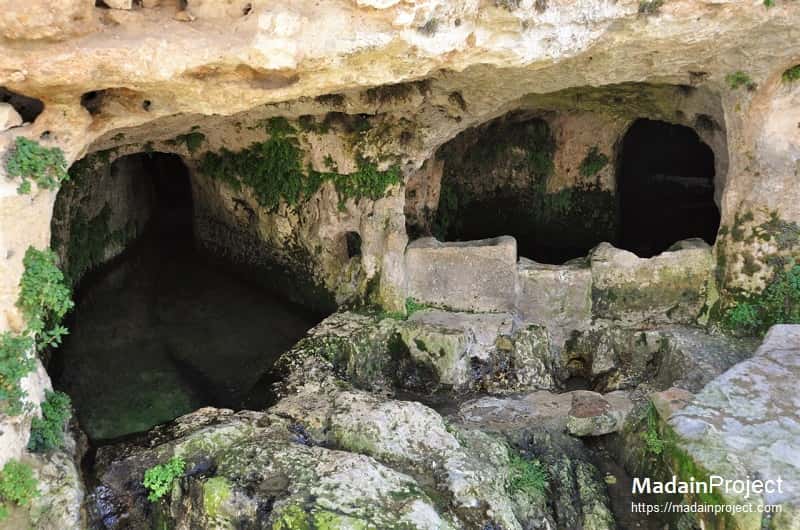 The Nebi Samuel spring, also called Hannah's spring (named after Samuel's mother), is located on the lower northern foothills. The spring has a year round water flow. The waters of the spring come through a rock hewn tunnel.