The Tomb of Huldah was a funerary-tomb structure purportedly built over the burial site of the Jewish prophetess, Huldah, opposite the southern wall of the Temple Mount (apparently in the Ophel area). She was the wife of Shallum, son of Tokhath (also called Tikvah), son of Harhas (also called Hasrah), keeper of the wardrobe. She lived in Jerusalem, in the Second District or Second Quarter, according to the Jewish tradition she was the adviser to King Josiah 2700 years ago.

The Tomb of Jewish prophetess Huldah is believed to have been located in front of the southern gates of the Temple Mount. An imagined replica of the Tomb of Huldah was created as part of the first century model of Jerusalem. The southern gates, named after Huldah are also visible in the background.

Identification with the Tomb of Rabiya al-Adawiyya

The cenotaph of Rabiya al-Adawiyya, is located within a crypt situated east of the mosque, and connected to it by a staircase, and the cell lies opposite the entrance. To the right of the entrance, on the southern side, the cenotaph or sarcophagus stands within a niche, which according to Muslim traditions is the tomb of a saintly women named Rabiya al-Adawiyya and according to the Jewish tradition this crypt belongs to the burial of Jewish Prophetess Khuldah. 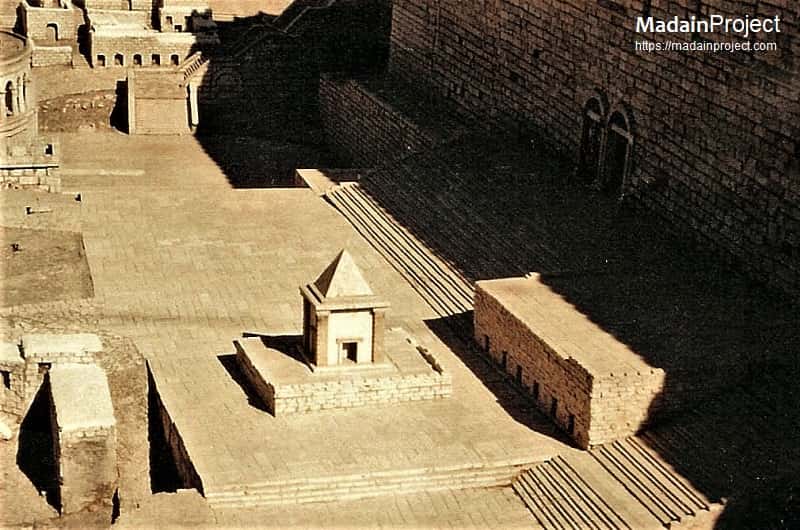