According to al-Suyuti, Bilal ibn Rabah's actual grave is in Bab al-Saghir in Damascus, Syria, it is also the view of most historians. However, there is another grave in the outskirts of Amman, Jordan, in a village called "Rabahiya". This grave is seen as a shrine and cenotaph built in Bilal's honor. 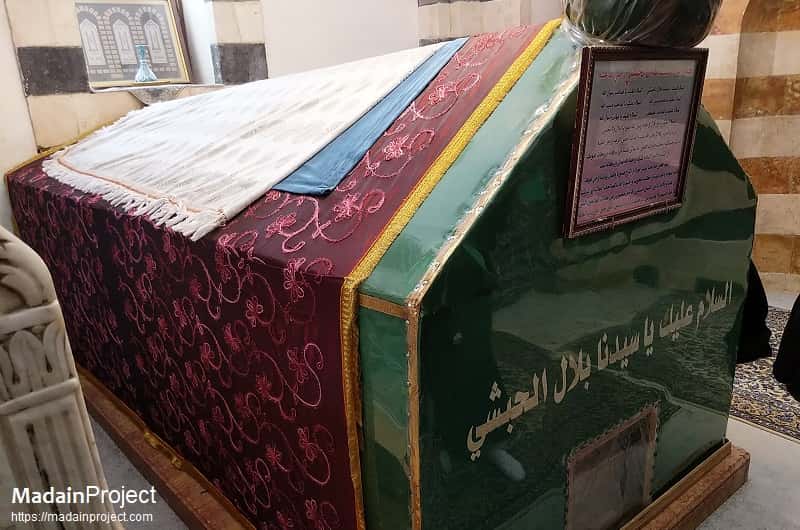