According to the best known tradition abu Huraira was buried at Jannat ul-Baqi, Medina. Following the death of Muhammad, Abu Hurayrah spent the rest of his life teaching hadith in Medina, except for a short period as governor of Eastern Arabia (then called "Bahrayn") during the reign of Umar, and when he was the governor of Medina during the early Umayyad Caliphate. Abu Hurayrah died in 681CE (59AH) at the age of 78 and was buried at al-Baqi'. 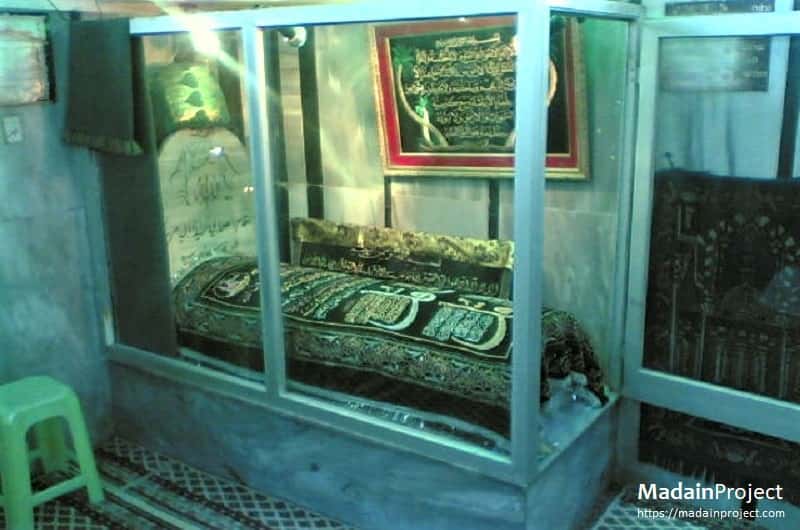 abu Huraira's tomb in Damascus, it is probably just a cenotaph. Abu Hurairah witnessed the wars of apostasy, most commonly known as Ridda wars. He is also said to have settled in Damascus with Muawiya ibn Abi Sufyan, and this explains the existance of his Maqam in Damascus.

The Mausoleum of Abu Hurayra, or Rabban Gamaliel's Tomb, is a maqam and synagogue located in HaSanhedrin Park in Yavne, Israel, formerly belonging to the depopulated Palestinian village of Yibna. It has been described as "one of the finest domed mausoleums in Palestine." The mausoleum is located on a burial ground, northwest of Tel Yavne, that has been used by Yavnehites for burial since at least the Roman period.